Founder Yvon Chouinard shares his insights on how to navigate fast-moving changes in the economy while minimizing ecological harm in "The Responsible Company." 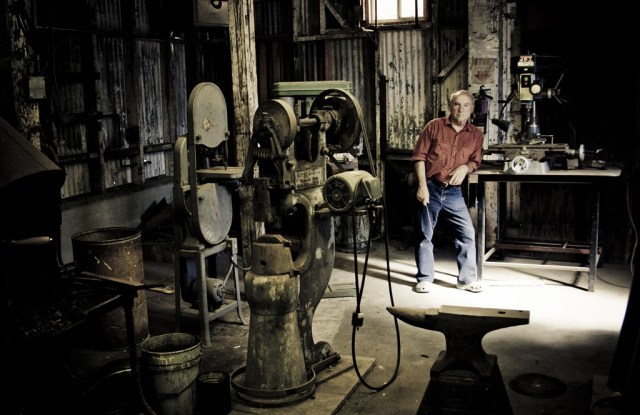 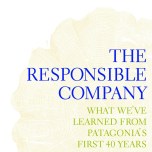 In the last five years, his Ventura, Calif.-based company grew faster than it ever has since it started as a mail-order climbing-gear catalogue in 1964. In its fiscal year that ended in April, for instance, Patagonia’s revenue surged 35 percent to $550 million, eclipsing the 25 percent increase it posted in fiscal 2010-11.

“In a recession, people become conservative,” said Chouinard, 73. “They stop being silly. They stop buying a piece of clothing that they have to throw away in a year or two. They don’t mind buying better quality if it’s going to last longer.”

Chouinard shares his insights on how to navigate fast-moving changes in the economy while minimizing ecological harm in a new business book called “The Responsible Company: What We’ve Learned from Patagonia’s First 40 Years.” Published earlier this month by Patagonia and cowritten with Chouinard’s nephew, Vincent Stanley, who also serves as Patagonia’s vice president of global marketing, the 150-page tome uses Patagonia’s own environmental trials and tribulations as a template. While Patagonia has led the apparel industry with its move in 1996 to switch to organically grown cotton, Chouinard acknowledges that even his company should be doing more.

“It’s not a feel-good book,” he said. “Hopefully, it’ll lead to some of these companies that are doing absolutely nothing to take that first step. Usually the first step makes you feel good and it saves you money….Someone who runs a barbershop can get inspired to clean up their act or a large company, it doesn’t matter.”

Patagonia has already influenced a number of Fortune 500 corporations. In collaboration with Wal-Mart Stores Inc., the $443.9 billion leader of last year’s Fortune 500 list, Patagonia rounded up nearly 50 companies that represent 30 percent of all apparel and footwear sales in the world to join a group called the Sustainable Apparel Coalition. Counting members including Adidas, Gap Inc., Kohl’s Corp., Levi Strauss & Co., Li & Fung, Nordstrom Inc., Target Corp. and VF Corp., the group’s goal is to establish an index detailing a product’s social and environmental impact. Chouinard said some members such as Nike Inc. and REI have already started using the index, which would work similarly to the Energy Star ratings for household appliances. Plans are under way to convert the index into a barcode that can be scanned.

“Within a few years, the customer will be able to walk in and zap their iPhone or whatever electronic gadget on a pair of jeans and see how responsibly that pair of jeans was made,” Chouinard said. “Hopefully that will lead to consumers making more intelligent choices.”

Patagonia has undertaken other initiatives it hopes will appeal to smart shoppers. Last year, it started a research and development department dubbed the Forge. One of the first creations was an inflatable vest that big-wave surfers can wear underneath wet suits in case they wipe out under violent currents. Designed by Chouinard’s 37-year-old son, Fletcher, the vest has been tested a few times by surfer Kohl Christensen.

“He’s come up coughing blood,” Chouinard said regarding one of Christensen’s wipeouts. “Basically it saved his life.”

Last month, Patagonia began offering salmon jerky on its Web site and in its stores under a new subbrand called Patagonia Provisions. Aiming to harvest the salmon sustainably, Patagonia works with natives from the First Nations, who catch the fish at British Columbia’s Skeena River with traditional methods such as baskets, traps and beach nets. In addition to the jerky, priced at $12.50 for 2 ounces, Patagonia plans to introduce smoked salmon. Chouinard, who tends his home gardens when not fishing in the Bahamas and British Columbia, wants to research barley, potatoes, corn and grain next.

To encourage more responsible entrepreneurs, Patagonia is hosting on its Web site, for free, five checklists from Chouinard’s new book. Covering items such as financial controls to prevent fraud, health insurance, unconditional product guarantees, community service and minimal packaging for products, the lists can be used to remind or teach companies all the things they ought to be doing. Chouinard hopes to reach not just smaller, privately held firms like his, but also Wall Street heavyweights.

“We have a tremendous amount of latitude to do what we want to do here [as a private firm] and take the risk that public companies can’t take,” Chouinard said. “We can take those risks and show these larger public companies: ‘Hey, it’s really not a risk at all. It works.’”

From “The Responsible Company: What We’ve Learned from Patagonia’s First 40 Years,” cowritten by Yvon Chouinard and Vincent Stanley:

“The strongest thing your company can do is something no one else will do, or do well.”

“Ninety percent of a product’s environmental impact is determined at the design stage; it is the designer in Los Angeles who determines most of the harm to be done in Guangdong.”

“A responsible company owes a return not only to stockholders but to something that has come to be called stakeholders…There are four key stakeholders: employees, customers, communities and nature.”

“Our economy depends on nature, not the other way around, and companies will destroy the economy if they destroy nature.”

“Every company needs to ask itself: If you do business around the world, where are you local? And what are your obligations to those places you call home?”