Facebook's disappointing initial public offering has increased scrutiny throughout the social media space, including in the fashion world. 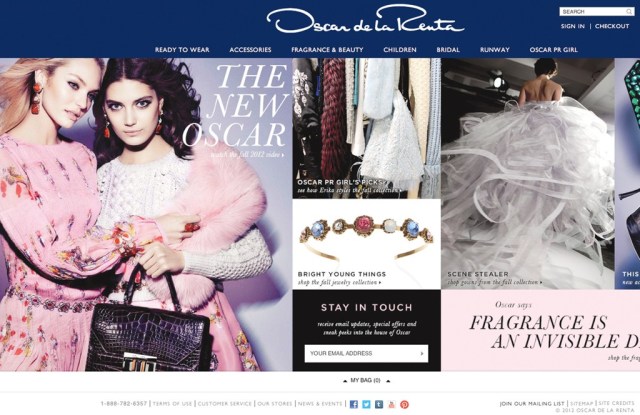 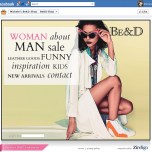 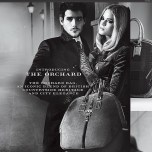 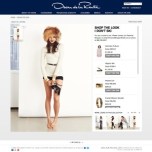 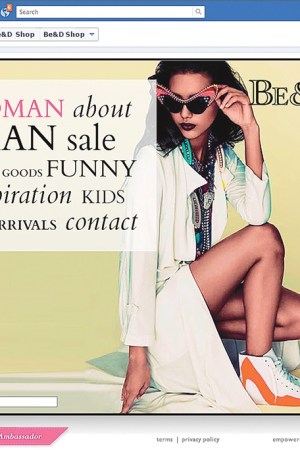 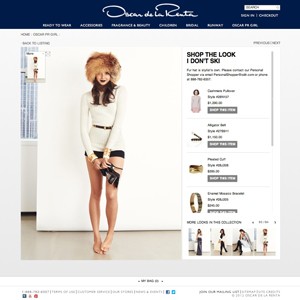 The company’s disappointing initial public offering has increased scrutiny throughout the social media space, including in the fashion world. Brands now are analyzing their social media efforts more than ever and asking a key question: What’s the return?

“The next 12 months are the make or break time for social media, but I do think the investments have been there. People have sizable communities and want to make them ROI [return on investment] positive. We will really see if the metrics prove one way or another,” said Maureen Mullen, New York University think tank Luxury Lab, or L2, director of research and advisory.

At this point, observers say, few brands, if any, are seeing significant sales result from their postings on Facebook, Twitter, Instagram, Pinterest and other sites. Social media hasn’t been about driving transactions; it has been about building brand awareness and a “community” that will be devoted to a brand and, thus, buy it. Social media isn’t about sales today; it’s about driving sales in five, 10 or 15 years as the Internet-mad generation of twentysomethings matures.

Every leading company with a good to great social media presence is on the requisite platforms: Facebook, Twitter, Pinterest, Instagram, Tumblr, YouTube with e-commerce, a blog and elaborate editorial content on their own digital flagships. Burberry, Christian Dior, Chanel, Gucci and Louis Vuitton all having fan bases on the platform that surpass 5 million. The more money brands pump in to their social media efforts, though, the greater the pressure for them to begin showing a return on the investment.

There’s only one problem: For now, there isn’t a universal metric to measure the ROI. That, coupled with Facebook’s IPO flop, is starting to give social media a bad rap, Mullen said.

She cited Burberry, which has more than 13 million Facebook “likes,” as an example of social media’s impact.

“The halo of innovation that they’ve gotten from investment in social media and all these platforms has almost become a pillar of their brand,” said Mullen. “If you look at Burberry 10 years ago, it meant British and plaid, [but] now it means British, plaid and innovation. Largely at the heart of that, in addition to great merchandise and creative, it’s been a real commitment to social media and technology that resonates with the younger consumer. On a one-to-one basis attributing fans to ROI, I don’t know if it’s there, but I think as a great affect on their business, it’s been there in spades.”

She does see that brands with strong social media communities drive significantly more traffic from Facebook and similar sites to their digital flagships. Again, she points to Burberry, noting that the 1.9 percent of traffic that came to burberry.com from Facebook in 2010 exploded to 29 percent one year later. She expects that a fraction of this traffic is incremental and that the brand wouldn’t have gotten it otherwise — unless it paid Google — and this is exactly where the company begins to see the ROI.

She also notes that some brands have opted to invest in Facebook, Twitter, Pinterest and Instagram in favor of building a robust e-commerce site or search engine marketing. Mullen warns, though, that in the short term, a superior e-commerce business will generate more business for fashion brands than a “mediocre to good social media presence.”

“There’s definitely been a lack of attribution modeling across the media mix to show what effect it has in terms of driving brand awareness, driving sales in-store, complementing broader media investments, and it’s very difficult to measure. But again, if you look at traditional media — print or TV, to an extent — oftentimes that same sort of limited measurement exists. Social media is just held in a higher regard because you can get information quicker and measure clicks through engagement and other metrics,” Mullen said.

She explained that the uniqueness as a marketing channel — one that’s metric for measuring success, thus far, has been fan acquisition — is often overlooked by retailers specifically. What Facebook allows, she said, is for companies like Macy’s and Wal-Mart to have a true dialogue with their best customers, and, most importantly, provides high-value customers a platform to evangelize a brand.

“But it’s so unique that valuation is where the people are confused. The parallel is that because it is so unique, retailers have had a hard time determining the hard metric to measure success,” Vlahavas said. “[And if] retailers have a hard time measuring the value of Facebook and the investment they have in Facebook, why is it so shocking that Wall Street and the investor community had a hard time valuing it? I see an analogous relationship between those two things.”

In her view, social media is living up to the hype.

“Of course you would accept that fans spend more because they have proactively raised their hand and said ‘Yes, I’m a fan of this brand.’ It’s typically more than the average, but it might be more for some retailers than others,” Vlahavas said, pointing out that profiling the habits of friends of friends is “earned media” — an amplification effect that quantifies the “virality” of the medium. “That idea that because of my relationship with you and your relationship with a store, I am more likely to be open to that store’s messaging and ultimately buying because my friend is a fan.”

Target declined to comment on details on sales metrics relating to its use of social media, but Dustee Jenkins, vice president of public relations, said the store connects to its customers through several online channels to listen to consumer feedback, share enthusiasm and help create the best online and in-store experiences.

Erika Bearman, Oscar de la Renta’s social media personality and senior vice president of marketing and communications, has attracted nearly 150,000 followers on Twitter under her OscarPRGirl moniker, but are these fans actually buying anything? Maybe not right now, according to Mullen, but in five to 15 years from now, most definitely.

“I don’t think it’s that far out. We would hope that through engagement — whether it’s through social initiatives or our [Web] site in general — we will develop customers much sooner. Initially, it was all about developing future customers, but how far in the future seems to be getting shorter and shorter,” Bolen said.

For oscardelarenta.com, which saw an extensive relaunch last month, referral traffic from social activities and sales are both up by 30 percent in a three-week period. Bolen calls it a “coincidence” that these two numbers are the same — but it’s not a coincidence that things are moving in the same direction. He adds that e-commerce sales year to date have more than doubled.

Part of the plan with the relaunch of the site was to make it easier for consumers to buy online, and see if Bearman could drive sales, instituting a feature called “OscarPRGirl’s Picks.” Until now, she’s rarely promoted branded product through the various social media channels.

The brand’s social media strategy has always relied on establishing a personal relationship with followers. It’s latest endeavor in the space, a blog called George & Ruby that launched last month, is centered around the children’s wear collection that launched last spring. The blog is written by Marissa Kraxberger, head of the company’s creative team. “It’s a demographic that we didn’t think made sense for me to speak to,” Bearman said, calling George & Ruby a personal account of Kraxberger’s life as a working mother of two. “I don’t have kids and we didn’t think it was realistic for our fans to hear about children’s clothing from OscarPRGirl.”

The approach is slightly different for contemporary priced brands, though, such as Kate Spade. Rather than using social media in hopes of forming a personal collection that will lead fans to transact, the brand effectively uses Facebook to gather pertinent data about its users so it can specifically market and target to them though e-mail outreach, according to Mullen, who sees this as viable evidence of ROI.

She credited Kate Spade as serving as the best example of an organization that uses social media to power its e-commerce business. All of the brand’s Facebook and Twitter activity is a means of capturing data that the company can remarket to consumers to fuel its online business.

Even though there still isn’t a metric to measure social media’s impact, platforms are popping up aimed at making social commerce. They seek to empower consumers to transact on Facebook, for example, while at the same time making it worthwhile for companies that get involved.

For Zindigo founder Michael Bereck, the most important element is to really hone in on the notion of “direct social selling,” which sees a brand’s followers on Facebook facilitating in the promotion and selling of product on the medium.

The technology allows users to implement a customized e-commerce experience with any of the more than 80 participating brands on their Facebook pages, with the ability to build a network of ambassadors. Bereck believes Zindigo allows brands to monetize social media with the platform agnostic technology (which upon its launch is only compatible on Facebook, but will roll out to other iterations in the coming months). Bereck even brought on board Kareen Mallet, who was the Neiman Marcus Group’s senior women’s ready-to-wear director for 17 years, to serve as fashion director. Brands so far using the technology include Erickson Beamon, Be&D, Dallin Chase, Geren Ford, Kara Ross, Jay Godfrey, Ruffian and Isabella Fiore.

The platform allows users to open a brand page and establish a new revenue model. Users are motivated by the commission made from items purchased on their brand pages — which is 40 percent — and all partners maintain administrative access to branded content. Content looks the same on each ambassador’s page (which has to be vetted by brands) to ensure individual brand consistency, although users can highlight whichever products they wish.

Scott Schuman of The Sartorialist is a photographer who has built his entire business on the medium, and he has found that various platforms such as Facebook, Twitter or Instagram can be a lucrative way to make money for stylists, photographers or other creative talent that might get commissioned to work with a brand. Schuman’s blog, which garners close to 15 million page views a month during fashion show seasons (with 12 million in the slowest months of May and June), sees about 1.8 million unique visitors per month.

“How does it pay off? It gets people to see you in a different facet. Most of the time, the designers show one thing and they are very much in control. I feel so much closer to Dolce & Gabbana now because I follow Stefano Gabbana on Twitter,” said Schuman. “He’s aspirationally cool, but I feel like I know him better. It makes me look at their brand differently and say, ‘They aren’t so different from me.’ I am more likely to consider them [when I make a future purchase] because I relate to them more. How great would it have been if Armani had Twitter in the Eighties?”

To him, exposure on social media platforms is negotiable for any creative, rendering a presence in the space mandatory. If someone has a following, they can charge premiums for tweeting or Instagramming throughout the process of working with a company — something Schuman began to learn at meetings with potential brand partners. “You can ask for ‘X’ amount on top of your fee,” he said.