The View From the Top: William McComb’s Bold Move

The Fifth & Pacific ceo bucked the odds by investing heavily in Kate Spade, which at the time was one of a slew in its portfolio. 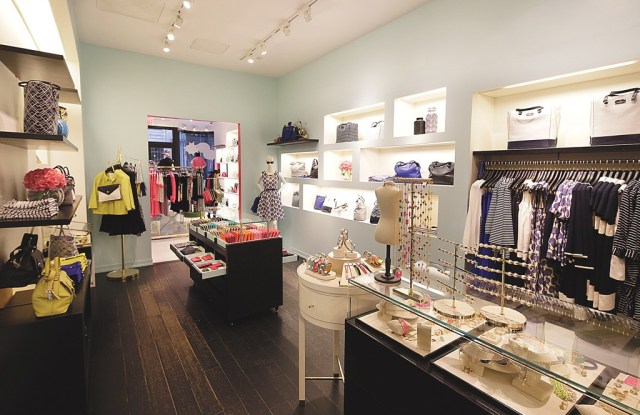 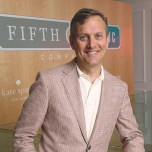 At the center of Kate Spade’s whirlwind of success is a lightning rod named William L. McComb.

A Johnson & Johnson alum armed with a degree from the Chicago Graduate School of Business, McComb entered fashion at the top, becoming chief executive officer of Liz Claiborne Inc., now known as Fifth & Pacific Cos. Inc., in late 2006.

At the time, Kate Spade had just been bought from Neiman Marcus, and would be the most-recent addition to what had become a sprawling empire of more than 30 brands. At $124 million, some thought the company paid too dear a price for the brand, which wasn’t large enough to move the needle at the multifaceted firm with nearly $5 billion in revenues.

Fast-forward to today, and Kate Spade is seen as one of fashion’s most likely to continue to succeed and is mentioned frequently in the company of other hot brands such as Michael Kors and Tory Burch.

But back in 2006, the brand might easily have been lost in the shuffle.

McComb began to put his mark on the company in 2007, and when he did make his move that summer, it was as criticized as it was definitive. He essentially put 16 of the firm’s brands on the auction block — including Ellen Tracy, Sigrid Olsen and Dana Buchman — and reoriented the company around four “power brands,” one of which was Kate Spade.

And soon there was not just turmoil within, as the portfolio was scaled back and the Liz Claiborne brand struggled, but also from without, as recession took hold and then the disaster of the financial crisis struck.
That Kate Spade has been able to motor along through the troubles and go from strength to strength was an obvious point of pride for McComb during a recent interview.

“Our strategy for resource allocation that we started that fateful summer in July 2007 was the right damned thing to do,” McComb said. “On the long list of things of which people were critical was that I was going to put more money into Kate Spade and sell Ellen Tracy.”

McComb said the intense pressure to not spend money to incubate Kate Spade was overwhelmed by the potential of the brand.

“I didn’t let the overall story of Liz Claiborne suck away the priority to invest in [Kate Spade],” McComb said. “I had a vision that summer and we’re in the early chapters of where that vision is going to lay out. We’ve made mistakes along the way. Everybody makes mistakes.”

McComb said Kate Spade “had that twinkle in its eye” in 2007.

Kate Spade was positioned as a monobrand company along with its cohorts Lucky Brand, Juicy Couture and the since-disposed-of Mexx. But the ceo said it was easier and simpler to reposition Kate Spade for growth, given its size.

“It was easier for me to clear the whiteboard and start all over,” McComb said. “I needed to refound the business. I hired [the brand’s president and chief creative officer] Deborah [Lloyd], and together we hired Craig [Leavitt, ceo]. They report to each other, and together they report to me.”

Kate Spade lost money for two full years as the company invested in the business.

For 2013, Kate Spade’s sales are expected to rise by a percentage in the low teens, topping $522 million. And adjusted earnings before interest, taxes, depreciation and amortization are slated to rise by at least $35 million to $130 million to $140 million. That would make Kate Spade the firm’s largest business by revenue. It is already easily its most profitable.

McComb said the brand has been careful in how it grew and for now is “largely staying within our current footprint” to take advantage of the interaction between the brand’s stores and its Web presence.

The brand ended the year with about 100 stores and plans to add another 40 stores in North America and 25 doors elsewhere this year.

“It’s not about the number of doors, it’s about the quality of the business,” McComb said. “It’s about letting it be special and not be everywhere. We could have gotten to a higher profit margin and moved higher on the sales and the profit curve earlier by letting out all of the string on that kite, but we didn’t want to.”

Not everyone has that same kind of restraint.

Investors, for one, have been pushing for the company to spin off Kate Spade or somehow separate a portion of the business so it can be valued independently.

The stock market tends to give brands a higher valuation when they’re on their own than when they’re in a portfolio. And Michael Kors Holdings Ltd., with a market capitalization of more than $11 billion, has awoken many on Wall Street to the potential of fashion brands.

McComb has long said his plan was to create companies that could stand alone.

A Kate Spade-specific investment conference planned for next month and some recent comments from McComb have caught the attention of investors and analysts. Last month, the ceo said in a press release forecasting fourth-quarter results that the company was “being thoughtful regarding alternatives to our current multibrand portfolio approach that unlock value.”

Those words were clearly chosen very carefully, and in the interview McComb declined to be more specific on the future of Kate Spade.

“What I’m silent on in the press release…what we do and when we do it is not something that I’m going to wring my hands about,” McComb said. “Job One is to build value, Job Two is to study ways to unlock value.”

The company is also planning separate investor conferences on Lucky Brand and Juicy Couture for later this year.

A spin-off of Kate Spade, while maybe the dream of many investors, raises questions for the larger company, including what happens to the other businesses and what happens to McComb himself.

“We aren’t going to do something that creates value on the right hand and destroys value on the left hand,” McComb said. “We aren’t a one-horse town, we’ve got multiple sources of value in our portfolio.

“The answer on what happens to me is, ‘Who cares?’ ” McComb said. “Honestly, if I’m doing my job, then those aren’t the things that matter.”