A list of the biggest media brands ranked by social followings.

As licensing deals in the apparel, fashion and other industries continue to proliferate, the use and influence of social media is becoming an increasingly critical aspect of such deals. More and more, licensees want licensor brands — and especially licensor celebrities — to promote the licensed products on their social media platforms. As a result, social media provisions in license agreements have become highly negotiated parts of the agreement that demand the attention of all parties to the deal.

There are many issues relating to social media in licensing agreements. The following are some of the more significant:

Number of posts: It is common for the licensee to want the licensor to post as often as possible, and to try to convince the licensor to agree to as many posts as possible. On the other hand, the licensor often pushes back on the number of posts that will be required. But each should be careful what they wish for. The licensee needs to recognize that too many posts by the licensor can dilute the value of the social media promotion. And the licensor should understand that there needs to be sufficient social media activity relating to the licensed product to effectively promote it and thereby maximize sales and thus royalties. Simply put, more is not necessarily better — finding the right balance is the key.

In this regard, there needs to be discussion/negotiation of the platforms on which the licensor is required to post. Specific agreement on the number of Instagram posts, Facebook posts or tweets should be explicitly spelled out in the licensing agreement, as should the intervals of the postings.

Who prepares the posts: It can become more of an expense than might initially appear to have to continually create social media posts throughout the term of a license agreement. Celebrities and brands often have paid social media professionals who manage their social media platforms and the fees paid to those professionals can add up over the course of an agreement. Accordingly, licensors may want to consider requiring the licensee to draft and prepare the posts — subject always to approval rights as dealt with below. And licensees should consider the expense of such social media promotion as part of their budget for the overall promotion of the licensed products and as part of their analysis of the overall business economics of the licensing arrangement. 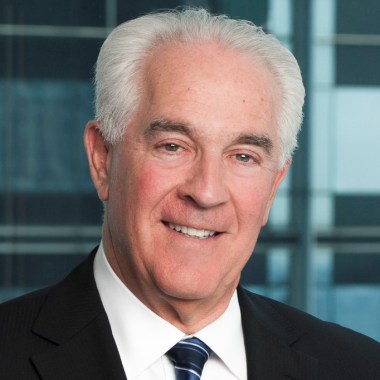 The life of the posts: It goes without saying that the use by the licensee of the brand name or celebrity name on the licensed products should be only for the term of the agreement — often with a sell-off period following expiration or termination of the agreement. The same should be true of the social media posts. Accordingly, provision should be made for the removal of posts following certain time intervals. Licensees will often request that they be able to retain the posts only as part of their corporate archives and such requests are generally acceptable to the licensor.

Laws: Any personal endorsement of a product by a licensor must comply with the state and federal laws and rules that apply to the content and format of such endorsements or testimonials including rules promulgated by the Federal Trade Commission. As one example, the requirement that any such post be accompanied by language indicating that it is a paid advertisement. This article is not intended to cover the various applicable laws and requirements, but only to note that social media posts fall within the scope of those laws, which must be considered in order to ensure compliance.

Analytics: The licensee will sometimes request background analytics relating to the social media posts. Licensors generally do not object to providing, on a confidential basis, analytic information such as the reach (number of impressions), social engagements (the number of retweets, likes, clicks, etc.), and similar information. Licensors generally will not — and often cannot — agree to supply more personal information on the licensor’s followers. Social media provisions in license agreements are a critical part of the arrangement. The issues discussed above — and others — should be thoughtfully addressed in the negotiation of the license agreement.

Kenneth Schulman is a partner at Pryor Cashman, with deep licensing experience in the fashion, apparel and entertainment industries.