Direct-to-consumer companies ship products in small quantities rather than truckloads.

It’s early April and already retailers have closed nearly 5,500 stores in 2019 as the “retail apocalypse” continues. Department stores like Macy’s and Sears have been hit hard by a new wave of digital-native companies, all eager to keep pace with Amazon. But with this digitization comes new opportunities to level the playing field and help large retailers and manufacturers get back in the game.

One of these opportunities is direct-to-consumer, or D2C, in which companies market, sell and ship products themselves — without the middleman. Notable D2C companies include Everlane and Dollar Shave Club, but the model is moving beyond consumer goods as a new generation of companies disrupt industries from health care to media — both as stand-alone start-ups or as part of a broad, multichannel play by established players.

Supply chain leaders can feel a rush of euphoria when they think about transitioning to D2C and realize the benefits of reducing nodes in their supply chain and establishing end-to-end line of sight. But the strategy also brings new challenges and big implications for supply chains that need to be considered. Here’s what companies should prepare for:

With D2C, companies ship products in small quantities rather than truckloads and pallet loads, making supply chains piece-specific. It’s often easier for start-ups to adopt this mechanism because it’s ingrained in their businesses from Day One. For established brands that built their operations around mass quantities of finished goods and aren’t set up for the small-batch requirements, it’s important to plan for and be willing to significantly re-engineer existing infrastructure — people, processes, systems. 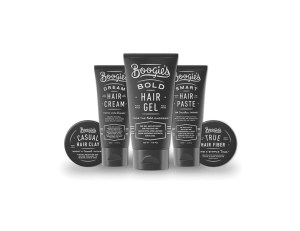 Keurig is a good example of a company that made a successful pivot to D2C, but the odds still favor upstarts like Dollar Shave Club who can take a greenfield approach to supply chain design.

The evolution of business models

Another consideration is the need to forecast what type of supply chain will be needed to fulfill future requirements. Many large manufacturers are spending on new networks and automation without investing in long-term predictive modeling to identify who their customers will be, where they’re located and how they want to receive products — e.g. via D2C. There are enormous costs associated with redesigning networks, and it’s hard to shift course in flight. If companies want to remain competitive in five, 10, even 20 years, they must create an agile model that can be adjusted in flight.

For example, we sometimes forget that just a few years ago, Nike had a fairly traditional B2C model. Although its transition to a multichannel strategy that includes D2C pre-dated recent direct-to-consumer start-ups like Warby Parker, Allbirds and Bonobos, it was nonetheless successfully orchestrated.

Nodes in the supply chain, and supply chain processes and systems, look different for D2C brands, and companies will need a warehouse network that excels at picking at the sell-unit level, rather than at the case or pallet level. When working with smaller quantities that aren’t shipped to large consolidation points, accuracy is essential. For example, Kraft ships boxes of condiments to Walmart by the ton — if the sales forecast is off by a few cases, the impact on the consumer is negligible due to the amount of safety stock maintained upstream. Working directly with consumers on a smaller scale, precision becomes everything; there’s no room for one missed package. The systems used to track storage, packaging, shipping and receiving must be far more granular than what more traditional firms likely have in place today.

Embrace the beast that is social media

Cutting out the middleman makes companies more vulnerable to the daily trends and culture shifts that can quickly alter consumers’ purchasing habits. An Instagram influencer posting about a specific product can cause a sudden buying influx that businesses must be prepared to act upon quickly. The ever-changing and easily impacted “path to purchase” in the digital world makes predicting what you’ll need, where you’ll need it, and when, far more challenging than it was just five years ago.

If companies merely dip their toes in a D2C strategy, it’s not critical to massively redesign their supply chain networks. But if the strategy is successful and starts accounting for a significant portion of the business — say 15 percent or more — their existing network footprint may become obsolete. As a result, companies will need to redesign their networks to accommodate the shift, for example by rethinking distribution points, contractual arrangements with 3PLs, warehouse designs or the level of automation. Nike recently announced its Triple Double Strategy, which includes the launch of its own direct-to-consumer network, as well as significantly downsizing its network of wholesale distribution partners and retailers.

This illustrates that a supply chain is not just about getting products from A to B. It needs to be as innovative as the products themselves and a significant component of the decision-making process for consumers on the path to purchase. Supply chains aren’t just an enabler of sales, they can be a tangible driver of revenue.