Today's column is written by the chief executive of WPP, the world's largest advertising and marketing services group. 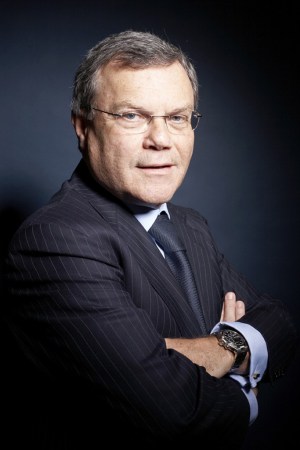 We operate in a challenging post-Lehman era, particularly in the continuingly languorous United States and Western Europe.

There are the four grey swans (known unknowns) to deal with — the euro zone, the Middle East, the BRICs’ hard-soft landing and finally, and most significantly, the U.S. fiscal cliff (just can-kicked down the road for two months) — let alone the black swans, the unknown unknowns.

Then there are nine or so opportunities or challenges. And an opportunity not seized becomes a challenge.

First, globalization and the shift in economic, social and political power to Asia, Latin America, Africa, the Middle East and Central and Eastern Europe, a change in the balance of influence that we Westerners are increasingly uncomfortable with.

Second, continued overcapacity in most industries, even the automobile industry, post-Lehman. Reductions in Detroit’s capacity have been replaced by China, India and Korea. This will ensure the continuous importance of the advertising and marketing services industry, as it focuses on tangible and intangible differentiation.

At the same time, the undercapacity is in the supply of talent, as birth rates decline and life spans increase due to medical advances. The war for talent among companies has only just begun and increasingly will be a key element of differentiation.

Fourth, big retail continues to exert pressure on manufacturers. Despite their own significant challenges, Wal-Mart, Tesco, Carrefour, et al., continue to focus on leveraging their buying power on a global basis.

Fifth, the biggest challenge for chairmen and ceo’s probably remains communicating internally strategic and structural change. The most difficult company to communicate with remains a multibranded, acquisition-built company and easiest an organically grown, uni-branded one.

Sixth, finance and procurement continue their inexorable rise, eclipsing marketing, post-Lehman. Many believe you can cost-cut your way to growth. Marketing, however, remains the way to build the top line, which is infinite, at least until you reach 100 percent market share.

This new year may mark a realization of this as companies find it very difficult to cut costs further.

Seventh, government continues to be prominent, just as in the Thirties, as a regulator, an investor and a stimulator, and is likely to continue to do so for a lot longer, as after the Great Depression. Western Europe may well be only midway through a lost decade.

Eighth, while companies increasingly centralize their operations, given globalization (many operate in 200 or more countries), there is a greater and greater need to focus locally, in our case on local clients, talent and acquisitions. The squeeze organizationally will come regionally, particularly as technology eases the flow of information in a flat, networked company. Both global and local emphasis is key.

Finally, CSR, or sustainability, is now at the heart of corporate strategy. Virtually no chairman or ceo does not believe that doing good is good business. You ignore stakeholders at your peril, if you’re trying to build brands for the long-term.

And CSR is increasingly taking on broader connotations. If you run a public company, it is living up to its name, as issues of executive pay and corporate tax become more prominent, particularly as recessionary times continue to bite.

Corporate accountability is becoming more and more significant in more regulated Western economies. Ironically, Chinese, state-owned enterprises may be going in the opposite direction.

Sir Martin Sorrell is chief executive of WPP, which he founded in 1985. WPP is the largest advertising and marketing services group in the world, employing over 158,000 in 107 countries. The group’s companies include JWT, Ogilvy Group, Y&R, Grey Group, Mindshare, Burson-Marsteller, Hill + Knowlton and many others. In 2011, WPP had revenues of $16.1 billion and billings of $71.7 billion.