Tom Doctoroff on the Chinese Consumer

The American-born, China-based advertising supremo’s new book, “What Chinese Want,” promises to lift the lid on many mysteries. 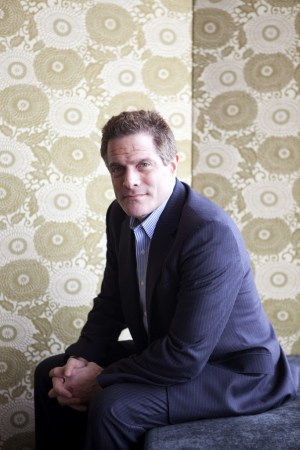 SHANGHAI — American-born, China-based advertising supremo Tom Doctoroff’s new book, “What Chinese Want,” promises to lift the lid on the mysteries of the Chinese consumer and explain why companies should not assume that development automatically equals Westernization.

Sitting down with WWD in his spacious office on the JWT floor of a high-rise in downtown Shanghai, Doctoroff’s enthusiasm for his subject matter is apparent. Gesticulating while he explains its subject matter, with any pauses for breath imperceptible to the human ear, Doctoroff has ambitions for his second book that are vast and wide-ranging.

“My goal was to really present, hopefully for the first time, a framework of what makes China China,” he said of the book, which hits stores on May 22. “If we understand it, we don’t have anything to fear from it. If we take an objective approach about our worldview and their worldview, there is no reason for conflict.”

At the heart of Doctoroff’s framework of an all-encompassing Chinese worldview is the belief that an understanding of traditional Chinese philosophy is key to understanding modern China.

“I think if you look at the indigenous strands of Chinese philosophy — legalism, Taoism and Confucianism — they stress one moral absolute and that is: stability is good and chaos is evil,” he said.

A follow-up to the best-selling “Billions: Selling to the New Chinese Consumer,” Doctoroff uses his second book to refute the pervasive idea that Chinese society is becoming more “individualistic” as consumerism takes hold. According to the reality Doctoroff says he has experienced in his 14 years on the ground in China, Chinese society still very much discourages individuals from thinking of themselves as being distinct from their society.

“That [Western] type of individualism, self-driven individualism, as opposed to needing acknowledgement of society for your status in society, which is ego driven, that does not exist here and that has not developed, I would say, an iota since I’ve been here,” he said.

At the heart of the Chinese worldview mapped out by Doctoroff in “What Chinese Want” is a conflict inherent in Confucian societies. This conflict results in Chinese people being torn between regimentation, hierarchy and society on one hand, while simultaneously harboring relentless ambition, which Doctoroff describes as a “dragon in the heart.”

Despite appearances of individualism, Chinese consumers measure success by the way in which they can master the social hierarchy and climb the ladder of Chinese society, which is even more important to them than their counterparts in the West.

“This is very controversial because many of us in the West want to believe that as countries modernize they become more like us, but they don’t. They become more modern, more internationalized, but you cannot sweep away thousands of years of relationships between people, society and the cosmos with 10 years of Barbie and Ken Fantasia,” Doctoroff said.

So what does all this mean for international brands hoping to win the hearts and minds (and wallets) of the seemingly bottomless Chinese market? For luxury brands in particular, Doctoroff believes the key is to understand how important both ambition and conformation are to Chinese consumers.

“No one in China is going to pay a huge price premium for a Louis Vuitton bag because of its inherent quality. Even though people might appreciate craftsmanship as human beings, people will buy it because of Louis Vuitton’s representation of status,” Doctoroff said. “This applies to shampoo, cars, even on the mass market, people still have the same need to move forward but do it in a way that doesn’t challenge society.”

Despite the hype surrounding conspicuous consumption and China’s nouveau riche in recent years, Doctoroff maintains that brands need to keep in mind China’s consumer pyramid when developing their marketing strategies for the country. At the bottom is the mass market, making up the bulk of China’s least internationally inclined consumers, but even toward the pointy end, where discretionary incomes are vast and shoppers are no strangers to international designer labels, there is a markedly Chinese mind-set at work.

“The people lower on the consumer pyramid just need to announce that they are in the game, so they need the shiny, conspicuous, well-known products to do that,” Doctoroff explained. “Once you get to the leaders higher up on the pyramid, they need to demonstrate a mastery of all of the rules.”

The biggest mistake a brand can make, according to Doctoroff, is to be inflexible with their brand story, trying to make it fit into the China market without considering the particular needs of Chinese consumers.

Doctoroff uses the brand stories of Rolex and Hermès, both of which have a strategy rooted in the idea of connoisseurship, timelessness and heritage, as examples that are appealing to the highest-end Chinese consumers. This is not necessarily because of their emphasis on craftsmanship but because the ability to buy into these brand stories demonstrates a consumer’s success within the Chinese sphere of societal achievement.

Doctoroff believes the key lies in being able to adjust the story in order to appeal to the Chinese market, without abandoning a brand’s global appeal.

“The luxury sector in many ways is the least flexible in terms of adjusting their brand story, because these brands are also often a religion and they are dominated by creative people in Paris or London with their own view of what the brand is, but they are missing a lot of what fundamentally motivates Chinese consumers,” Doctoroff said.

“All Chinese people are on the same journey of success, but they are at vastly different points in that journey and that implies different psychological motivators and different financial circumstances, which poses serious marketing challenges for luxury brands,” he added. “This religious belief of what the brand means is important for passion, but it’s not fail-safe.”