The firm's stewardship of the lifestyle brand is seen as model for buyer-seller relationships. 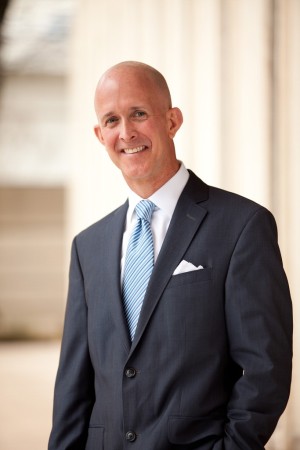 The courtship was long and the skeptics many, but the marriage has proved to be an unqualified success in which both suitor and target got what they were seeking.

For Oxford Industries Inc., that’s meant a differentiated, upscale lifestyle brand with strong margins and lots of room for growth. For Tommy Bahama, it’s meant the capital needed to expand into areas including retail and women’s wear, as well as a corporate home in which there’s room to maneuver — or even mess up occasionally — and quickly react to a demanding, ever-changing marketplace.

By the time Oxford bought Viewpoint International, Tommy Bahama’s parent, for $325 million in 2003, the two firms had a history. Oxford executives had conducted an off-site strategy meeting in 1999 at which they’d concluded that they needed to acquire their own brands in order to elevate their profile and financial results. Tommy Bahama was among the nearly 40 brand names on the list of potential targets.

“One of the first things that made an impression on us was that their booth at the MAGIC show was mobbed all the time,” said Thomas Chubb, now president of Oxford and then its general counsel. “At the time, our corporate gross margin was under 20 percent. Their numbers made a huge impression on us. We knew that in order to really change a company our size — not huge, but reasonably big — we were going to have to do something bold.”

Oxford took a stab at Tommy Bahama in 1999 that stretched into 2000. It was unable to secure adequate financing, but as Chubb said, “We got quite far down the road.” Saunders Karp & Megrue took a minority stake in Tommy Bahama and Oxford went back to its low-margin businesses, which included various private labels and brand licenses. And Chubb and others at Oxford stayed in touch.

They were well positioned to make a play for the company in 2002 when Tommy Bahama went back on the block. “Not that it was going to sway them if the price wasn’t right, but there was mutual respect between us and the Tommy Bahama people and I’d say we were the preferred buyer,” said Chubb.

While Chubb is often cited as the architect of the Tommy Bahama acquisition and others, he gives Oxford chairman and chief executive officer J. Hicks Lanier the credit for setting the stage for a comfortable relationship.

“The important thing is that we had a cultural fit, a trust and an atmosphere of true respect,” Chubb noted. “Hicks built that with Tony Margolis and the founders of Tommy Bahama and it continues today.”

What Oxford brought to its new acquisition was autonomy and room to grow. “This is sort of the way we’ve always operated — with a small corporate support group that focuses mostly on finance and operational issues. We’ve always given our operating groups a lot of leeway to run their businesses,” the Oxford president pointed out.

“We try not to err on the side of oversight and we’re very sensitive about stifling the businesses and the natural entrepreneurship and creativity that brought them along. You start with the back-office functions, but it’s when you get closer to the consumer that you have to be most careful.”

Analysts applaud this approach, which they say is being applied to the Lilly Pulitzer acquisition made in 2010, and the numbers speak well for it. Helped also by Oxford’s divestiture of lower-margin businesses, the sub-20-percent gross profit margin of 2002 — actually 19.7 percent — has gone up every year since the acquisition and has more than doubled, last year jumping 900 basis points and, helped by the more recent Lilly Pulitzer buy and divestitures, hitting 55.3 percent.

Despite some declines brought on by investments in the business, tough macroeconomic conditions (as in 2008 and 2009) or both, Oxford’s operating margin crossed the 10 percent boundary last year, hitting 10.1 percent, up from 8.4 percent in 2010, while Tommy Bahama’s rose to 14.2 percent from 12.8 percent.

More tangibly, Oxford’s stock, habitually lightly traded and hovering around $10 a share prior to the acquisition, has come into its own. An investor risking $1,000 on company shares at the end of 2002 would have seen his stake, including dividends and splits, balloon to about $4,370.

Since the acquisition, there have been seven dividend increases as profits rose, as well as a dividend reduction during the worst of the financial crisis, and a 2-for-1 stock split. On an adjusted basis, including dividends and splits, the stock had its highest closing price ever, $51.99, on Feb. 17. Although it’s pulled back since, it closed at $45.56 on Tuesday, up 1 percent for the year.

“The acquisition template for Tommy Bahama was just about the best anyone could do,” said Eric Beder, who’s followed the firm as an analyst at Brean Murray, Carret & Co. “Oxford was a very basic, middle-driven company, truly an old-line apparel manufacturer with undifferentiated product. Buying Tommy Bahama and giving it room to grow changed the whole company and its business model.”

He gives lots of credit to Oxford’s management for sticking with what elevated Tommy Bahama to a position of prominence in the first place.

“The Oxford people are great managers but they realize they’re not fashion visionaries. They kept the management team and their understanding of the brand and its marketing and merchandising. Oxford gave them a sandbox and the capital to play with.”

His use of “play” being metaphorical, he noted that Oxford’s strong cash position has been among the attributes that’s allowed Tommy Bahama to move in the directions in which it’s needed to go.

“Oxford transformed the company into a retail model — retail now accounts for 70 percent of sales — and created an environment that’s provided unique, differentiated products that demand a premium from a demanding consumer.

“They bought it right, made sure the right people were there and then left it alone.”

They even kept Tommy Bahama’s headquarters in Seattle, nearly 2,700 miles from Oxford’s Atlanta base.

Edward Yruma, analyst at KeyBanc Capital Markets, feels that the Tommy Bahama acquisition turned Oxford into “an acquirer of choice. They proved they could build and grow a lifestyle brand without damaging its brand equity or price integrity. I just don’t see a material downside to this deal.”

The analyst feels that moves made to date, such as the expansion of retail, the move into women’s wear and the adherence to the inclusion of restaurants in some stores, have all enhanced the brand and helped alert consumers that “it’s not just a silk cabana shirt you wear at a backyard barbecue.”

However, he’s watching carefully as the company moves more aggressively overseas. “They seem to have approached it very thoughtfully and methodically, but it’s always a question mark as brands move into the global arena,” Yruma said.

He’s impressed that, even as a public company, Oxford has continued to take the long view of Tommy Bahama’s development. “The short-term investor can get a little frustrated, but it’s been good for the brand,” he said.

Of course, Tommy Bahama wasn’t immune when the economy went into cardiac arrest in 2008 and 2009, with sales and profits both suffering. Robin Murchison, analyst at SunTrust Robinson Humphrey, gives Oxford’s management credit for providing the support needed to bring Tommy Bahama through the recession with its position and DNA intact and Terry Pillow, Tommy Bahama’s ceo, credit for keeping it from becoming stale.

“Terry and his team have done a great job of making the product younger and sexier,” she said. “They’ve followed the customer, and they’ve done the same thing with women’s, realizing you can’t market to the Tommy Bahama female the way you did to the male. Even internally, they used to say that the initial Tommy Bahama women’s product looked like it was for the mother of the Tommy Bahama men’s customer and it needed to be for his girlfriend.”

She sees a similar open-mindedness as the brand begins to pursue growth overseas. “There’s good anecdotal evidence from stores in Las Vegas and Hawaii that there’s strong recognition and interest,” she said, “but they’re not just taking a small U.S. men’s shirt and making it a large Asian size.

“Few are looking for growth from the U.S. market and everyone’s going to Asia. With Tommy Bahama and Oxford,” she concluded, “it’s encouraging that they’re taking the time to do it right.”