Too Many, Too Confusing: What Does the Future Hold for Eco-Labels?

Today’s unruly crop of eco-labels are puzzling customers and proving too expensive and time-consuming for manufacturers to apply for. But as the sustainability certification sector evolves, solutions are emerging. 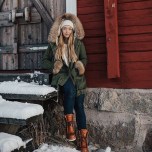 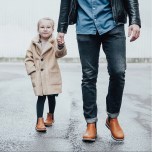 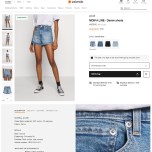 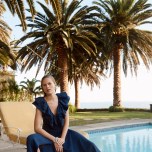 It is almost impossible. That’s what many apparel industry professionals will say if asked to choose the best, or even the most widely recognized, eco-label. Who knows? There are simply too many of them, they may say, all with different standards or related to diverse factors: Is it environmental pollutants, organic ingredients, fair trade, labor force health and welfare, vegans, or animal testing you’re interested in? Or is it all of the above?

The situation for consumers is even more confounding because, unlike manufacturers and retailers, they don’t usually have any reason to read every line of fine print on every eco-label.

At the time of writing, the Ecolabel Index, based in Canada, was tracking 458 eco-labels in 199 countries, more than 25 industry sectors. Of those, around 105 are related to the textile sector and they run from the comparatively well-known, like the Better Cotton Initiative and the Blue Angel seal, to the more obscure, with some asking whether a product is wildlife-friendly, to which degree it is compostable or how it impacts indoor air quality. There is even an eco-label for those who believe they will never achieve carbon neutrality, the Low CO2 Certification.

This is a problem because, at the same time as eco-labels have proliferated, so has the demand for clarity from them. Fashion search site Lyst saw searches related to sustainability increase 66 percent in 2019 and other studies have shown that two-thirds of consumers believe that brands that publicly promise to be more sustainable are also more trustworthy.

A 2018 survey of almost 8,000 shoppers in seven countries, including in the U.S., Britain, France, Italy and Germany, commissioned by the Changing Markets Foundation, found that in general respondents all around the world want fashion to be more environmentally friendly. But they can’t tell if it is: Most of the consumers surveyed — 67 percent — said they found it difficult to know if brands were meeting environmental standards. Only 19 percent said they would believe a company if it said it was. The majority were more likely to believe certifications by third parties or nongovernmental organizations.

The “nuances between eco-labels have long since escaped the grasp of most consumers,” Hamish Van Der Ven, author of a book on the subject, “Beyond Greenwash? Explaining Credibility in Transnational Eco-Labeling,” told WWD.

“It’s a huge problem,” Maike Blankenstein, sales and marketing manager at Swedish sustainable footwear brand Kavat, agreed. “From our point of view, there are far too many [eco-labels]. And that means they can no longer do the job they were created for.”

Van Der Ven believes eco-labels are so confusing today because of the politics involved. Recognizing that sustainability sells, brands want to emphasize any and every little thing they’re doing right — and they want a label for it.

“When some stakeholders — either industry or NGOs — want criteria included in an eco-label and others disagree, the usual outcome is a splintering, where both parties create their own label to cater to their specific interests,” Van Der Ven, an assistant professor in the School of Environment at McGill University in Montreal, explained. “We see this in pretty much every commercial sector. I wouldn’t call it greenwashing per se, there is just legitimate disagreement over what an adequate threshold should be.”

Nobody can tell you if this is a good thing or a bad thing, he added. “Some would say this competition leads to a ‘race to the bottom’ where eco-labels lower criteria to expand their clientele, others argue the opposite.”

A “race to the bottom” implies so-called greenwashing, where brands pretend to be more environmentally friendly than they are and ignore important aspects of sustainability. For example, a product is marketed as sustainable because it is made out of recycled materials — but its makers neglect to mention that the recycling process actually uses more energy and water than using nonrecycled ingredients.

Also worth considering: There are shifting trends within the ever-growing world of eco-labels. After the Rana Plaza tragedy in 2013, the emphasis was on better working conditions and fair trade. Today, there is growing focus on “climate neutrality,” which often involves carbon offsetting. 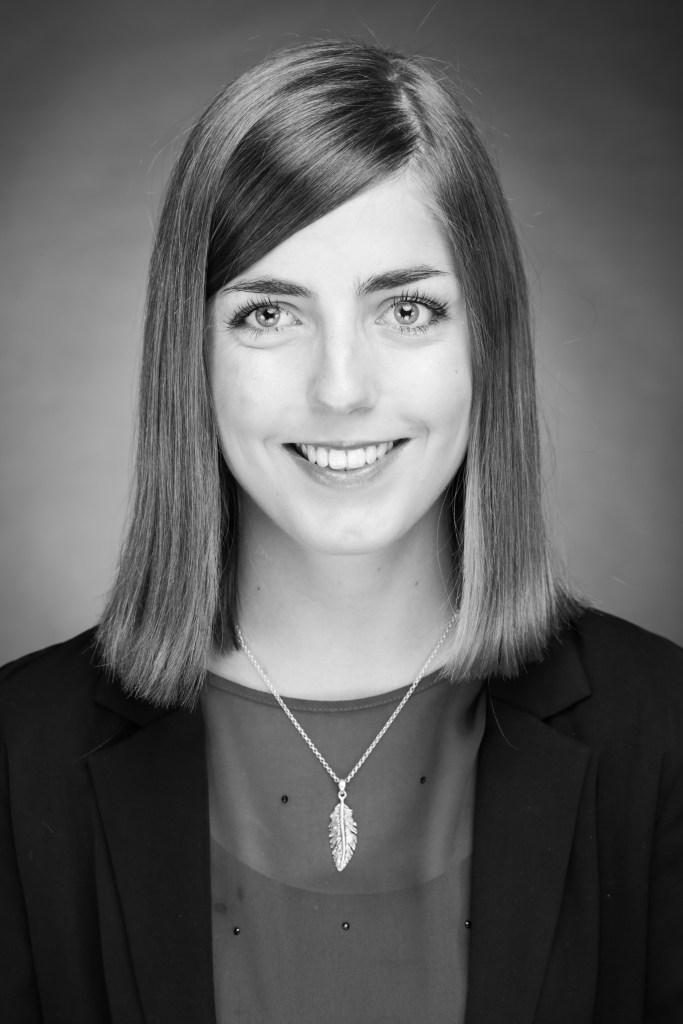 “Sustainability needs to be seen from a more holistic perspective than that,” Blankenstein argued. “You need to look at materials, chemical use, logistics, working conditions and other factors — and over the whole life cycle of a product.” But taking that approach, eco-labeling is even trickier. “Labels are supposed to simplify things,” she concluded. “But if you take a holistic view, there’s a lot more complexity.”

So what’s the answer? How does one forge a consumer-and-environmentally friendly path through the current eco-labelling wilderness?

There seem to be three main solutions being suggested. One involves having governments set up an all-encompassing eco-label — one certification to rule them all, so to speak. But government regulation hasn’t really helped in this area so far. National authorities in Europe have not acted very forcefully in this area, nor have they managed to set up any uber-labels. That’s not for lack of trying: The generally well-respected EU Ecolabel, established in 1992, is popular and the number of textile products it applies to is growing, but on the whole, it’s not that common on fabrics or footwear. And when Germany recently introduced the Grüner Knopf, or Green Button, the minister responsible was widely criticized for introducing yet another eco-label.

“Government remains the gorilla in the closet when it comes to self-regulation and the threat of more costly and coercive government regulation should always be held in the background to keep industry honest,” Van Der Ven said. But, he noted, “I think there’s room for both private sector and public sector governance. Certainly, industry has to play a bigger role.”

In terms of self-regulation, the market has also been evolving its own solutions.

The Good On You app collaborated on Farfetch’s sustainable offerings.  Courtesy

Firstly, there are what could be described as eco-label aggregators. These gather various eco-labels together, explain what they stand for and often rank them for efficacy. Some, such as Good on You, the smartphone app developed in Australia in 2013 and launched in Europe in 2018, are consumer friendly. Good on You, now possibly the biggest such app in the world, collaborated on Farfetch’s sustainable offerings and has ambitious plans to rate 10,000 different brands by the end of this year.

Others, like the more complex Higg Index, developed by the Sustainable Apparel Coalition, are mostly meant to advise retailers and manufacturers. As Van Der Ven pointed out, “informed decisions about third-party eco-labels are now made almost exclusively by sustainable procurement personnel within big brands.”

Germany-based fashion platform Zalando, one of the largest online apparel retailers in Europe, is betting on the Higg Index to help it highlight its sustainably produced inventory. Zalando now has more than 20,000 sustainability-related products for sale.

“We don’t want to show an endless list of labels to our customers,” Kate Heiny, director of corporate responsibility at Zalando, said. “So we tend to look at the most common and trusted certifications on the market and see what is feasible and scalable for the majority of our brand partners. The fashion industry is missing a global standard to speak to the customer in a unified language. But we aim to make the Higg Index the global, aligned standard.”

Zalando also provides an example of the market’s other answer to eco-labeling confusion: In-house sorting schemes. To cut down on complexity, Zalando doesn’t direct its customers to the Higg Index. Instead it uses it to create its own system of environmentally friendly classifications. Products are highlighted with a so-called “sustainability flag,” accompanied by a text explaining why this pair of trousers or that dress is better for the environment.

Although some experts in the field have argued that in-house schemes just add to the noise and detract from existing third-party certifications, Selfridges, H&M, Asos and Net-a-porter are other examples of larger retailers developing their own classification schemes.

Kavat manager Blankenstein, who often visits retailers, has also noticed this happening at smaller stores. “A lot of businesses are coming up with their own variations on an index,” she noted. “They will send us lists that say something like, ‘if you fulfill five of these 10 prerequisites, then we will stock you as a sustainable brand’. I’ve also noticed that the questions from retailers are getting more detailed. I believe that reflects what the end-consumer is asking them. There’s a growing level of interest and understanding that we haven’t seen before.”

Which leads Blankenstein to her prediction for the future of eco-labeling. “I think in the long term, as people become more informed and make their own decisions about which eco-labels are best, that only a few of them will remain in use.” Companies will also become more transparent on their own, which may negate the need for so many eco-labels, she suggested.

Van Der Ven agreed. “I actually think we’ll see some natural convergence to a single standard in each sector,” he concluded. “Because it can be so expensive and time-consuming for a brand to become certified, there’s a lot of pressure on eco-labels to harmonize the cost of getting audited and to allow a single audit for multiple standards.”

The academic has seen mergers and agreements developing between different eco-labels and the sector may well end up with companies climbing a stairway, starting out with an entry-level eco-label on a lower rung and moving up to more stringent, gold standard certifications, he suggested.