Judgment believed to be the largest in fashion action against Web counterfeiters. 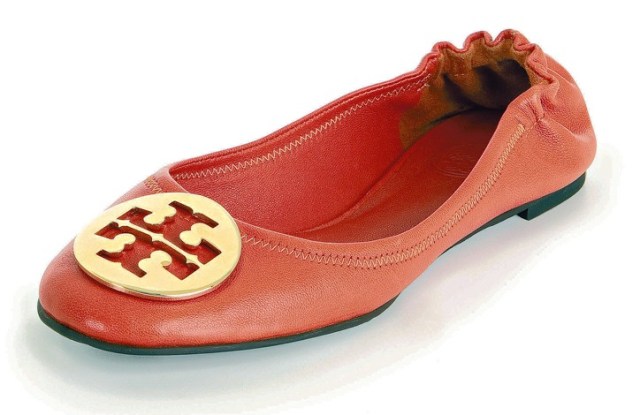 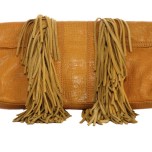 NEW YORK — Tory Burch LLC has scored another major designer victory against online counterfeiters — a $164 million one at that.

A New York federal court has awarded the fashion firm damages in that amount against hundreds of operators of Web sites selling fake Tory Burch Reva ballet flats and other footwear, handbags and accessories. While Burch has almost no chance of getting the money from the sites, the award is believed to be the largest sum of damages ever issued to a fashion firm in the ongoing battle against online counterfeiters.

In addition to monetary damages, the court ordered that 232 domain names used to sell Tory Burch fakes be permanently disabled and turned over to the New York-based fashion label. The ruling, delivered last month, also allows the brand to disable any additional offending sites created by the defendants in the future without needing a new lawsuit.

“Many people think that buying a fake product is harmless, but counterfeiting is estimated to result in annual losses of over $20 billion to American companies,” said chief executive officer and designer Tory Burch.

“This is an important victory for Tory and all designers,” said Steven Kolb, executive director of the Council of Fashion Designers of America. “Counterfeiting not only robs the designer of what is rightfully theirs, but also negatively impacts the American economy and the jobs associated with designers’ investments.”

Despite such a “staggering judgment,” Robert Isen, president of corporate development for Burch and its chief legal officer, said that the brand’s “motivation was really not financial,” although he admitted the company likely suffered “material” and “intangible losses.” Isen is also the designer’s brother.

“Counterfeiting is a blight on the industry,” he said, stressing the larger significance of the ruling. “This judgment will continue to make this an issue in the industry.”

In December, the seven-year-old brand filed a suit in the Southern District of New York against a host of cybersquatters after noticing rampant examples of Tory Burch counterfeit Web sites popping up, according to Isen. The case was inspired, he noted, by a September judgment in favor of Polo Ralph Lauren Corp. and VF Corp.’s The North Face against a ring of 130 Chinese cybersquatters.

In that case, a New York federal court judge awarded the two brands $78 million in damages, as well as the ability to collect money from third-party sites, such as PayPal, which transferred payments from customers to the counterfeiters.

Precedent was established in the Polo-North Face case when the court transferred the ownership and control of any domain name used by the defendants for the sale of counterfeit goods. This gave the plaintiffs the ability to shut down the sites without having to file for an injunction every time one of the defendants launched a new counterfeit site.

In the Tory Burch suit, the fashion label named 41 cybersquatters, primarily of Chinese origin, which it discovered were linked to 232 domain names in total, including Web sites like “ToryBurchOutletShop.com,” “LouboutinTime.com” and “JimmyBoots.com.”

Seemingly in accordance with that line of reasoning, Judge Deborah Batts, who presided over the Burch case, awarded the brand the same ability to collect from third parties and disable infringing sites; the principal difference is she awarded the brand more money in damages.

“The damage award is massive, but the action against rogue Web sites is even more impressive,” said Susan Scafidi, director of Fordham University’s Fashion Law Institute. “Like the judgment won by Polo Ralph Lauren and North Face at the end of last year, this decision is an indicator of the broad scope of Internet-facilitated counterfeiting, but also of the potential for a single decision to cut a wide swath through a network of illicit sites.”

With the pervasive nature of the Internet, online enforcement is not only a major component of brand protection today, but also is “the wave of the future,” according to Scafidi.

The one snag in all of this is that it’s extremely difficult to locate, much less collect from, cybersquatters. Instead, companies must collect from third parties, a continuing trend, according to Isen, who said his company has thus far obtained a “sum in the hundreds-of-thousands range” from PayPal, the firm it has collected from the most.

This trend is likely to stick, as brands like Tory Burch have been permitted by courts to disable defendants’ Web sites and solicit money from involved third parties until they collect their full sum of damages.

“With that said, counterfeiters are extremely resourceful,” noted Isen, who explained that the next step may be that counterfeiters will target third-party payment agencies that will be “less cooperative” with brands aiming to collect damages.

“It’s a constant fight,” he said with a sigh. “This is not the end of a journey for us. In some respects, it’s just the beginning.”