Opening up the trade show floor — wholly or in part — is a hot topic of conversation, but let’s not forget the industry, organizers say. 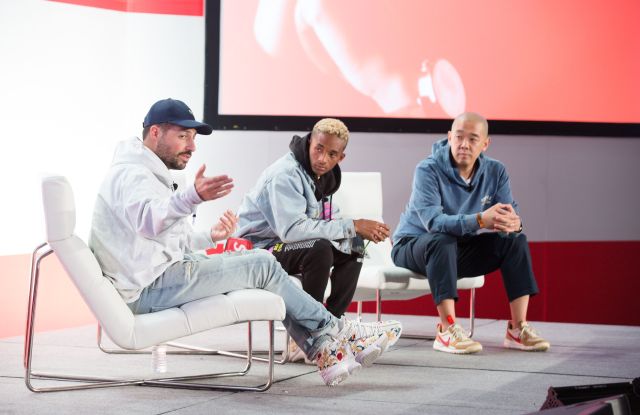 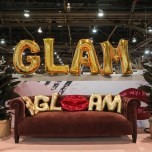 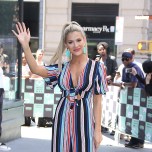 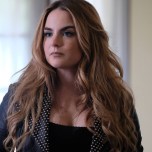 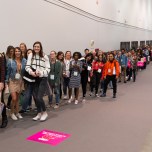 Whatever you want to call it, the question of whether to tack on a consumer element to trade shows has been bandied about for several years now. This week in Las Vegas may perhaps represent the dust settling on the industry’s consideration of whether a trade show is even a trade show if consumers are allowed onto the show floor.

Agenda has tried it in Long Beach, Calif., with Agenda Festival while ComplexCon would seem to be a derivation of the concept, albeit really more for consumers and perhaps a research vehicle than anything else for the industry. The trade shows at the Sands Expo complex — Agenda, Liberty and Capsule — partnered on the Assembly conference in February, which was open to both consumers and the industry. Coterie in July dabbled in the consumer element with Coterie: Pop-up at Faena Bazaar in Miami Beach, which highlighted more than 30 shoppable brands for consumers.

“There’s definitely a brand extension opportunity in taking these things direct-to-consumer and whether they be within the shows themselves,” said Danielle Licata, women’s fashion director and Coterie vice president brand director. “We are exploring actually bringing events to specific cities and traveling to bring it to areas where it’s busy traffic with consumers, whether it’s Miami Swim Week or Coachella or SXSW. There’s a lot of room for us to maneuver what we do on the [business-to-business] side and actually complement it nicely with B2C. I should say we don’t want to become a full-blown retailer, but I think it is our job to teach retailers also how to be progressive.”

Project Womens, which Licata also oversees and which will once again be at the Mandalay Bay Convention Center in Vegas, has in some ways already been opening the trade show floor to the public for some time via its hosting of influencers.

Fashion bloggers and twins Cailli and Sam Beckerman will be on site in Vegas as part of a group of about 20 influencers, who will pull product from vendors and post on social media throughout the show.

Elsewhere in Vegas, Assembly is coming back in August but the space — conference and show floor — is back to being cordoned off for only the industry.

“Last season, we saw how it invigorated and unified our show floors and gave our guests inside access to some of their favorite thought leaders in fashion,” said Liberty Fairs cofounder Sharifa Murdock. “We never want to be just a trade show. We want to be a thought-provoking platform focused on learning and sharing experiences for those that are a part of our family.”

Still, there’s a disconnect in the programming between what consumers want to hear versus what a buyer or brand wants, and the August season of Assembly looks to tackle that.

“This season, Assembly is not focusing on being consumer-facing, because we wanted to focus on proven veterans of the industry that have seen the fashion industry evolve for decades, and can thus give valuable insights to our retail-facing community,” Murdock said.

He confirmed Assembly would be back with “some content that is consumer-facing and some that is strictly industry-focused” for 2019.

Assembly, out of the gate in February, included some big names, such as Kith’s Ronnie Fieg, Jaden Smith and Jeff Staple. This year, there will be a panel focused on hot Nineties trends and brands emerging today, in addition to one on sneaker culture.

The question on what’s to be had out of a trade show or a conference in the middle of a trade-show floor is the challenge facing any show organizer mulling the idea of making such a change to something that has historically been for the trade.

The scene at WWDMAGIC.  Ryan Loco

“It’s a separate business,” said Leslie Gallin, president of footwear at UBM, of consumer-facing elements. “From the exhibitors, call it the manufacturers, that I’ve spoken to and the retailers, they have a very different point of view. The manufacturers would like us, as a trade provider, to create awareness about their product that has a direct tie to the consumer. That could be through social media or influencers and blogs. If we’re selling product at the same time as a trade show, it’s not only two different audiences, but from a standpoint of the manufacturing of bringing product it’s usually two different groups within a company.”

And for the retailers, Gallin continued, the retail business is already facing headwinds with more and more brands going direct.

“Retailers feel completely alienated,” Gallin said of the general sentiment she’s heard in talking to that segment of the trade show. “They feel like their noses are just being rubbed in it. It’s hard enough to be a retailer today. So I do think that there’s something there, but I think it’s about creating consumer awareness and we would in turn support the retailer.”

Part of it is also location, pointed out Kelly Helfman, vice president and brand director for WWDMAGIC, Fame, AccessoriesTheShow and PoolTradeShow. Is Vegas the appropriate location to be testing something that opens the convention centers up — partially or wholly — to anyone outside of the trade?

“Vintage [at Coterie] in New York was a great concept and that’s working quite well, but I don’t know that Vegas is the right place for something like that,” she said, adding that certainly New York or Los Angeles could make more sense. “We’re not going to rush into anything quite yet, but it’s definitely on our radar and could potentially happen in the future.”

The point ultimately is not to forget the original purpose of a trade show, Helfman said.

“[Consumer facing] is definitely interesting,” she said. “It’s something we’re always talking about, but MAGIC is really for bringing the business of fashion together, and that’s the brands and the buyers. We’re starting to dabble in more cash-and-carry elements. There’s GLAM and beauty. We want to experiment first with how those brands do with just normal [trade show] attendees.”

Amid this discussion, organizers are still having to inject newness on the show floor — all being done to different degrees — each season. For this week, within WWDMAGIC, that’s the continuation of the beauty section Glam, which made its debut in February, and will include a curated group of 13 lines with its own cash-and-carry feature.

WWDMAGIC will also see the launch of the On:Line section of 30 brands, which is being done in partnership with FashionGo and is to reflect the continued shifting tide to digital, Helfman said. Buyers will be able to shop and order collections from the emerging brands in On:Line via iPads on the show floor, where those brands will also be showing a small selection — 25 pieces at most — at WWDMAGIC.

“We’re combining the digital and the on-site buying experience into one and it’s going to be launched at the show,” Helfman said. “It’s just a new way of buying. We know that the different omnichannels are really important to our buyers.”

Elsewhere in Vegas, FN Platform will see what it’s calling the world’s smallest shoe factory, an 8,000-pound robot that has the ability to make custom shoes from the floor of the Las Vegas Convention Center. Alibaba’s magic mirror technology will also be on display. There will be celebrity appearances, including a performance from singer JoJo (née Joanna Noëlle Levesque) Monday at WWDMAGIC.

But, despite the appearances or question of whether access should be broadened, the pitch to attendees from Gallin’s perspective doesn’t change from season to season.

“Right now, the industry — both in apparel and footwear — is in a time of revolution, not even disruption,” Gallin said. “We’re at the point in the pendulum where we’re starting to come out from the other side and, thus, the opportunity to have footwear and apparel in the same room and at the same time is so important right now. People that are looking for direction, that are perhaps smart enough to have some answers, will be in the room [in Vegas] and that is the most compelling reason I think for people to attend.”