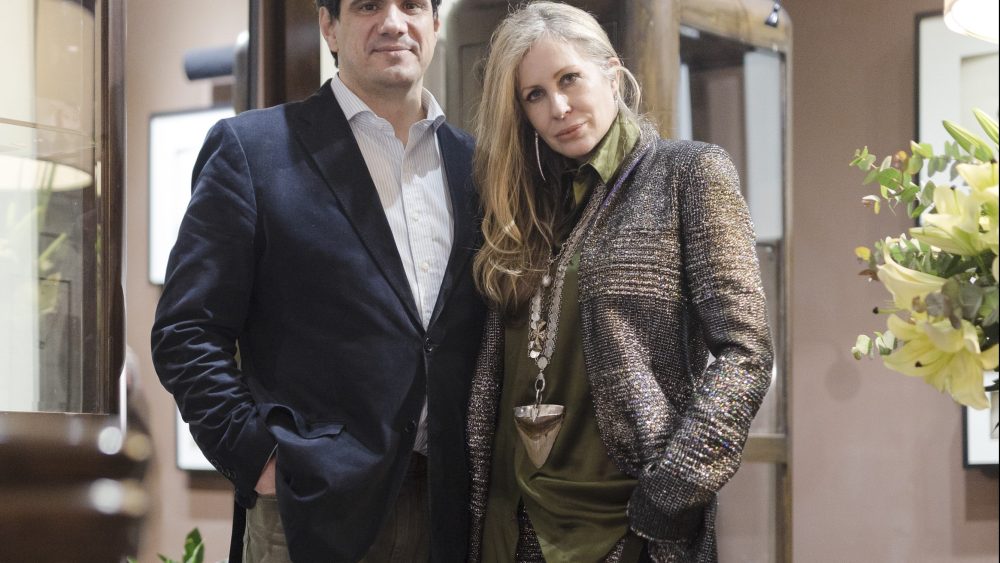 HONG KONG — When it comes to online luxury shopping in China, two problems loom large. First, the hurdle of gaining the customer’s trust in an e-commerce market still rife with fakes. Second, the high taxes on imported luxury goods into the country which ask customers to pay around 30 percent or more than in the west.

However, Net-a-porter backer Carmen Busquets and Spanish businessman Ricardo Ferrer think they’ve found a way around that with their niche accessories retailing concept, Trustluxe. The company, which has introduced accessories brands like Carolina Bucci and Tonya Hawkes to the country, was started a year-and-a-half ago but has thrown some of the usual customs of e-commerce out the window.

Notably, Trustluxe operates on a consignment basis, which helps the company avoid passing on the tax premium most other luxury labels add to their products in China. Moreover, while most online retailers set up sales first and content comes as an afterthought, Trustluxe started out just creating content. For about a year, the company didn’t try to sell anything. A visit to the web site showed style trends and designer profiles, like any other fashion editorial site.

“We were very clear that if we started doing an e-commerce web site without understanding Chinese social media, we would crash,” the Shanghai-based Ferrer said. “For one year, we were following who is who, who the KOLs are, how to make your account grow, how you get people from other accounts to come to yours. At the beginning, we started managing social media for other brands and we’d charge them.”

But make no mistake, the site is intent on becoming “the number-one online retailer of accessories in China in niche brands,” Ferrer said.

Two months ago, the duo finally made the leap into e-commerce but in mobile-first fashion, they set up shop on WeChat, the all-encompassing Chinese social app. Ferrer, citing the business still being in its early stages, declined to disclose the number of WeChat followers but said the company is doing 150,000 to 250,000 renminbi in sales monthly (about $22,000 to $36,000). He expects it to ramp up to turnover of 1.1 million euros, or $1.16 million, by end of the year and 6 million euros, or $6.32 million, next year.

The partners are working on a desktop web site but that won’t come until the second half of this year.

“The photos you can put on a web site are much nicer than you put on mobile, even if we know that in the future most will be bought on mobile,” Ferrer explained. Alibaba Singles’ Day data from last October showed that over 82 percent of sales were bought via mobile devices.

Trustluxe also keeps a showroom in a lanehouse on Shanghai’s Xiangyang Road where last month, Busquets came to visit with jewelry designer and longtime Alexander McQueen collaborator Shaun Leane. These meetings with customers are a critical part to establishing credibility, Ferrer said.

“Our average price is 8,000 renminbi [about $1,163] though we have products from 3,000 [about $436] renminbi upwards,” he said. “There is a ceiling if it’s the first time they meet you. The reason that we have the offline — don’t forget, we bring the designers — is so they can meet the designers. That gives them the sense of peace, the sense that they are buying from an authorized reseller.”

The two cofounders go back 32 years — Ferrer went to university with Busquets’ sister Maria and as a result, ending up spending summers with the prolific fashion investor. Ferrer, whose family had a long history in textiles, has been based in China since 1994 when he set up his own company in Wuxi, a city outside Shanghai, and started producing garments for companies like Inditex and Carolina Herrera.

Naturally, Busquets’ significant experience in building Net-a-porter has influenced much of the way Trustluxe has been set up. The choice to deal only in accessories was to minimize seasonality and sizing issues.

“They are not so season-prone,” Ferrer said. “Some are but many are not. Basically, we do not want to become a logistics company. We want to become a luxury company. For example, the warehouse of Net-a-porter in Hong Kong, I think one-third of it is a dry cleaning area of everything that comes gets returned.”