The graduation showcases are an opportunity for students to show their work to key industry leaders.

LONDON — Many of Britain’s art colleges have canceled or postponed their degree showcases due to the coronavirus, sparking outrage — and worry — among students.

The country may be in lockdown, but graduate and post-graduate students at schools including Royal College of Art, Central Saint Martins and London College of Fashion say they feel cheated and that the universities are not doing enough to compensate. In addition, international students fear their visas could expire before the postponed shows take place.

To exacerbate matters, the show cancellations from COVID-19 have come on the heels of a monthlong strike by the Universities and Colleges Employers Association, which has also kept students out of classrooms and studios.

The degree showcases organized by top colleges are major events attracting key industry leaders, many of whom attended the colleges themselves. They are also students’ first major opportunity to have their work seen by international editors, buyers and design teams.

Names like John Galliano, Phoebe Philo, Hussein Chalayan and Lee Alexander McQueen can trace their success back to their degree shows when retailers and patrons including Joan Burstein of Browns or the late Isabella Blow would snap up entire collections in one go. 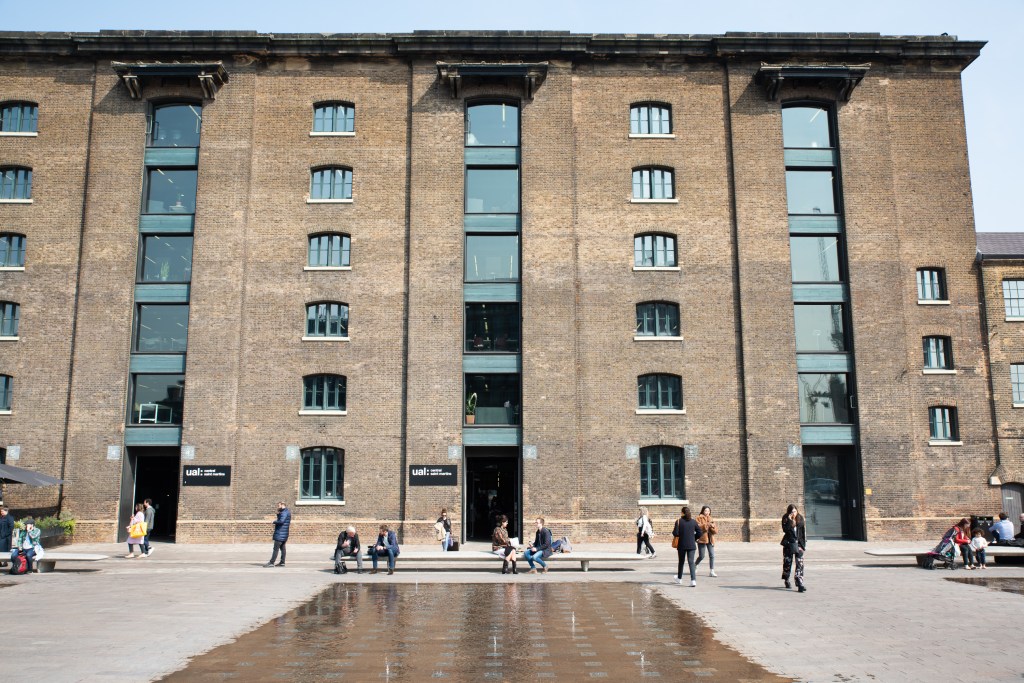 The facade of Central Saint Martins in London.  ANJA RIEDMANN/Courtesy

Last year, CSM graduate Fredrik Tjaerandsen was propelled into the spotlight after his B.A. collection consisting of blow up balloons went viral. He was subsequently presented with the L’Oréal Professional Young Talent Award.

Agatha Connolly, who has previously worked in a public relations capacity with the Royal College of Art on the graduate presentations, said the shows offer students a platform in which to introduce their work to the industry.

“For a few, it acts as a springboard — propelling the most successful students into incubator schemes such as Fashion East and the British Fashion Council’s NewGen — gaining them a place on the London Fashion Week schedule. For most, it is a way of being spotted by potential fashion houses scouting new talent. Ultimately, it’s a celebration of a lot of hard work and dedication,” she said.

The degree showcases for B.A. courses are usually held in June, while the M.A. ones take place during London Fashion Week in September.

University of the Arts London, which runs Central Saint Martins and London College of Fashion, has canceled its physical degree shows, although UAL said it remains open to the possibility of organizing a show later this year, “subject to the public emergency” and how long public distancing measures last. The plan is to replace the physical shows with an online showcase in the meantime.

The Royal College of Art has taken a similar tack, saying that it, too, would be holding virtual shows. Their decisions are in line with those of the major national fashion organizations, which have decided to swap physical runway shows for virtual showcases for men’s wear in June. 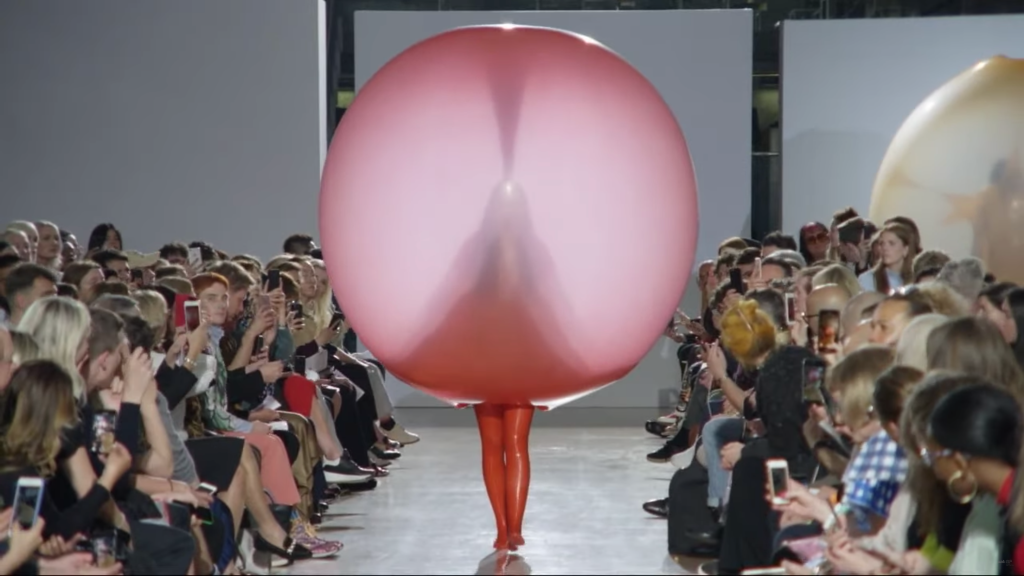 Earlier this week the Royal College said it had “reviewed the possibility of a deferred show, for September or October, but this was not realistically feasible.” Past graduates of the Royal College of Art include Christopher Bailey, Neil Barrett, Katie Eary, Erdem Moralioglu, Philip Treacy and Sophia Webster.

No institution has yet offered up details about how and when its virtual shows might run, or how they might ensure that industry leaders will attend. The colleges’ studio spaces have also been shut for the foreseeable future, leaving many students with unfinished collections, and the looming possibility that the work done so far might go to waste.

While UAL plans to stage a physical showcase later in the year, students say they have received conflicting information from course leaders. They have also been asked to submit their collections online — sparking fears that the college might decide against a physical showcase after all.

Under current visa regulations, international students who are set to graduate this year will be able to stay in the country until mid-October — four months from the official course completion. Many tend to leave before.

London is home to world-renowned art and design colleges, with some 32,000 international students enrolled in creative arts or design courses – the fourth largest subject area, according to 2019 figures from Universities U.K. International.

This missed opportunity has fashion students up in arms, with many questioning the feasibility of online showcases. A final year student from London College of Fashion’s BA Fashion Design Technology: Womenswear program, said: “It’s…about the connections. That’s why degree shows matter.” 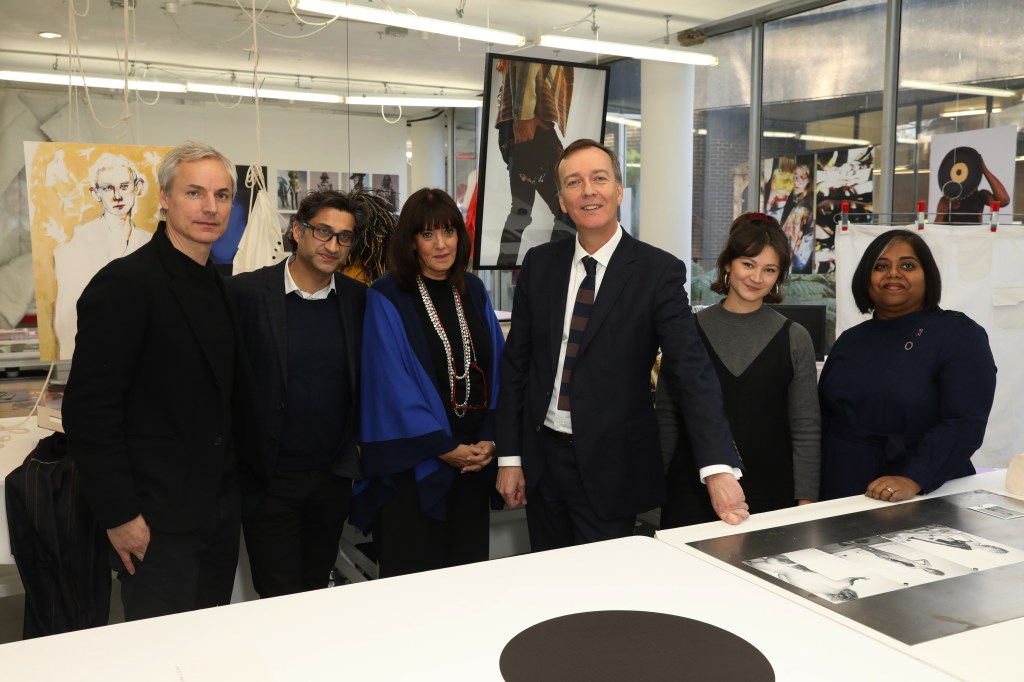 Inside the Royal College of Art fashion studios.  Courtesy Photo

He added that the technical elements of garment construction need to be physically accessed — something that’s hard to translate online. He is also pushing for the college to stage a physical show at a later date. “Will this affect a whole cohort of students finishing their courses this 2020? Definitely,” he said.

While Connolly acknowledges that not every student necessarily gets the opportunity to participate in graduate shows — or even wants to — the rest will have to think creatively about how to showcase their collections in a “tangible, visceral and immersive” way.

She also said she has concerns about the virtual formats likely to be adopted by universities.

“What will be difficult is conveying and distilling the essence of a collection into a digital format. How can you replace the collective emotion felt in the presence of a great show? Students and universities don’t have huge budgets that the main fashion houses do, so they will need to think creatively. How can they capture and sustain the audience’s attention?”

There are more problems in store.

With most university classes taking place online for the foreseeable future, the larger question of how COVID-19 will affect the 2020 enrollment cohort will need to be addressed by the board of Universities U.K.

According to a series of reports by The Guardian newspaper, English universities are set to face a cap on the number of students they can admit. This move is intended to prevent a “free-for-all” admissions process as universities are expecting a financial “black hole” from lost revenue due to international students delaying or canceling enrollment following COVID-19.

Already, some universities were reported to have begun converting conditional offers (which are based on final secondary school grades) to unconditional ones. The board of Universities U.K. is expected to announce the new cap soon.