Key categories for growth in April year-over-year were apparel, footwear and sporting equipment.

Amid the coronavirus pandemic, data shows consumers are shopping online for items well beyond necessities.

Notably, these eight weeks have seen as much growth in U.S. e-commerce as the last 10 years combined.

According to Thomas Kelly, chief executive officer at eShopWorld, “from 2009 to 2019, the online U.S. only grew from 5 percent to 15 percent, though in eight weeks, it grew to 30 percent.”

Incidentally, many brands have experienced exponential sales during this time. And according to Kelly, it was the brands that reacted quickly, to properly address international markets during the pandemic that saw the most growth.

Put simply, those companies who were able to offer easy availability through e-commerce were able to effectively and efficiently acquire a larger share of the market with new audiences. In fact, eShopWorld’s brands have found up to 400 percent in growth for brands when they enter international markets. 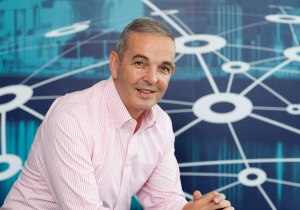 Data from eShopWorld also finds returns are also lower from international e-commerce consumers. “When we look at domestic versus international, we [find] an average of 8 to 10 percent in returns on international [orders], where typically, when we [consider] our domestic, they’re seeing anywhere from 25 to 35 percent,” Kelly said. “I think from a brands perspective, it’s a very attractive proposition to actually go international because when they do, a lot of the costs associated with strain on returns and all that is a lot less.”

While quarantine orders are beginning to lift, Kelly says this consumer behavior is not likely to revert back to what they once considered to be normal shopping behavior, visiting stores or shopping malls. Rather, when speaking to eShopWorld’s retailers today, Kelly said brands do not expect the same return from brick-and-mortar. Instead, there is a new requirement for brands to reach into new markets through digital channels in order to get back to levels of scale and volume they had previously. 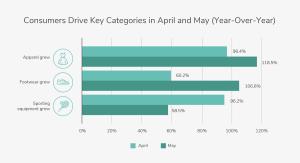 “[Brands] were able to grow [because] they were acquiring new customers,” Kelly said. “New customers are available internationally and the companies that are responding quickly, are acquiring a whole new cohort of customers within those markets.”