Made in America is undoubtedly a growing movement, but there are caveats. 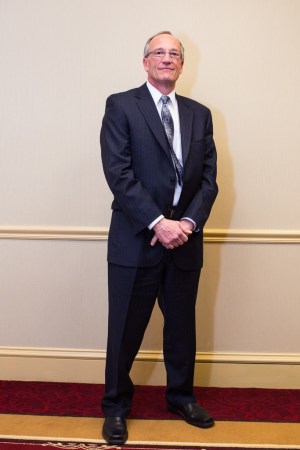 Start-ups Chase After the Sporting Life

Should Brands Be Driving Resale?

WASHINGTON — Made in America is undoubtedly a growing movement, but there are caveats.

The U.S. textile industry is bullish on the resurgence of Made in America and continued growth in exports to the Western Hemisphere this year, but there is concern over a lack of capacity in apparel manufacturing, notably to join in with Wal-Mart’s Made in the USA program. Executives are also keeping an eye on a looming trade deal with the Asia-Pacific region and fighting to ensure it does not undercut the gains they have made in the past few years.

RELATED STORY: Wal-Mart Sold on Made in USA >>

Textile executives attending the National Council of Textile Organizations’ annual meeting here last week said they have seen an uptick in business, an expansion of existing capacity and the growth of new textile mills in the last year, in large part due to rising costs in Asia that have driven brands and retailers to shift some apparel production closer to home.

“We are actually seeing growth in the apparel supply chain in this region,” said outgoing NCTO chairman Bill Jasper, who was succeeded by Jay Self, president and chief executive officer of Greenwood Mills Inc. “That is what we are investing in.”

Jasper, who is also president and ceo of Unifi Inc., said the company has expanded its capacity in El Salvador, increasing the number of texturing machines there to 14 from eight, and plans to add another two machines this year. In addition, it bought nine new texturing machines for its U.S. operation and is in the process of doubling the size of its Repreve recycle center.

“We’ve spent millions of dollars over the last couple of years,” said Jasper.

He said growth has been driven by the North American Free Trade Agreement with Mexico and Canada and the Central American Free Trade Agreement with six countries, both of which have a yarn-forward rule of origin, which has helped increase exports of U.S. textiles and fabrics to the region. According to industry figures, eight foreign companies have made public announcements in the past eight months that they will invest a combined $700 million in new U.S. textile facilities and equipment. The investments are projected to provide about 1,900 jobs in North Carolina, South Carolina, Georgia and Louisiana.

U.S. yarn and fabric exports to the world rose 4.3 percent to $17.9 billion in 2013 from 2012. Exports to the Western Hemisphere free-trade partner countries grew 5.5 percent to $8.2 billion during that period. Executives believe there will be momentum this year in U.S. production, driven in part by the Made in America push, led by Wal-Mart Stores Inc., which has made a $50 billion, 10-year commitment to purchase an array of products, including apparel and textiles. The retail giant has said the cumulative spending from its program over the decade will total $250 billion.

Cindi Marsiglio, vice president of U.S. sourcing and manufacturing for Wal-Mart, outlined the retail giant’s initiative for textile executives at a Wednesday night dinner that was closed to the press.

“We were very encouraged by the presentation made by Wal-Mart at our annual meeting,” said Auggie Tantillo, president of NCTO. “We feel like there is a very sincere commitment there and that they are researching all of the viable opportunities, so I think there is an excitement level on our part to be more fully engaged in that.”

Jonathan Sadinoff, senior vice president of strategy and development at 1888 Mills, a manufacturer of towels, bedding, window curtains and commercial apparel, said the company’s expanded U.S. business with Wal-Mart’s program has been a success. But he cautioned that it has taken a significant investment and one that comes with risk.

“I don’t think there’s any question…that this is an environment for growth in U.S. textile manufacturing, and I would argue manufacturing in general across the United States is in a more favorable position than we’ve seen for some time,” said Sadinoff.

He noted he has been involved in a project the last 18 months to “leverage” and expand the company’s U.S. terry cloth mill.

“We’re spending millions of dollars upgrading our equipment,” he said. “We just announced the purchase of a new facility a month ago. That is a lot of money for an organization the size of ours. It’s a particularly meaningful investment,” adding that Wal-Mart was able to give the assurances the company needed on production flow to make the investment.

Other executives said they are either reaping benefits from the Wal-Mart program or are moving production back to the U.S. outside of the retailer’s program to test the waters. Steven DiBlasi, vice president of global sourcing and product development for Lanier Clothes, a division of Oxford Industries, told the group that the company, which has a global footprint, is in the process of moving a small portion of a specific suit business from Italy back to the U.S.

One of the potential challenges that textile executives voiced at the summit is Wal-Mart’s requirement that the apparel be 100 percent made in the U.S. There is more apparel being made in the Western Hemisphere using U.S. yarn and fabrics than there is in the U.S. According to industry data, apparel imports from the Western Hemisphere represented 17.3 percent of the U.S. import market. U.S. apparel makers, on the other hand, only supply an estimated 3 percent of all apparel sold at retail.

“We’re seeing more of a resurgence of ‘made in the region’ as opposed to Made in USA,” said Jasper. “If you at look the growth we see in apparel, much of that is in Central America and to a lesser extent Mexico. It does drive growth in yarn and fabrics here in the U.S., which are feed for those garments.

“Wal-Mart’s specific program of Made in the USA could conceivably have an impact on the supply chain, but you’ve got to remember there is very little cut-and-sew left in the U.S. That’s been decimated over the years,” he added.

Jeff Price, president of the specialty fabrics division of Milliken & Co., said, “Obviously, one of the challenges of the Wal-Mart initiative has been the 100 percent made in U.S. That is a challenge for the current supply chain. The Western Hemisphere is how we view that supply chain today, and it’s got challenges with it. But we are optimistic we are going to find some opportunities.”

There is a potential threat to the burgeoning Western Hemisphere production from the industry’s perspective, and that is the Trans-Pacific Partnership trade deal between the U.S. and Vietnam, Singapore, Australia, Peru, Brunei, New Zealand, Chile, Malaysia, Mexico, Canada and Japan.

The U.S. has proposed a yarn-forward rule of origin that requires apparel be made of fabric and yarns supplied by the U.S. or other TPP partner countries to qualify for duty-free benefits when shipped back to the U.S. But textile producers are concerned that if there are any changes to provisions that give Vietnam, the second-largest apparel supplier to the U.S., more duty-free access to the American market in the final stage of negotiations, it could undermine their business in the Western Hemisphere. This could particularly be the case if apparel companies shift out of that region to Vietnam or other Asian suppliers to take advantage of duty-free benefits.