Ushering In a New Era at Baselworld

Executives attending the show discuss adapting to global expansion, changing markets and a rising customer base.

By Paulina Szmydke and Alexandra Steigrad on April 25, 2013
View Slideshow 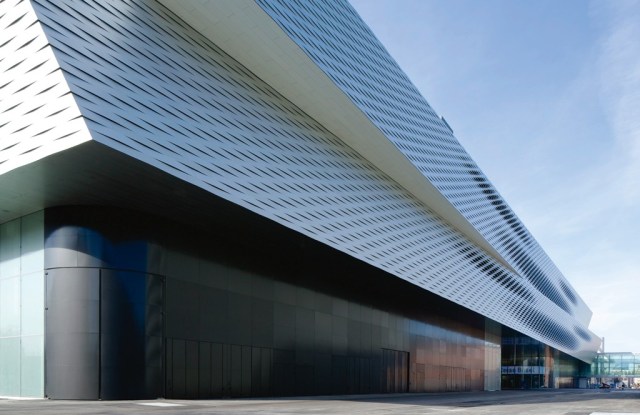 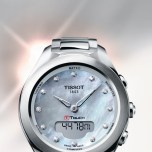 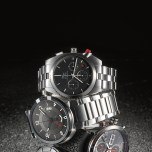 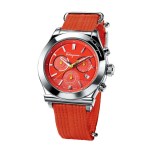 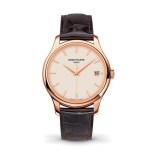 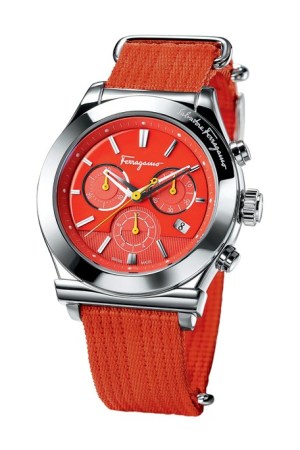 A watch from Salvatore Ferragamo. 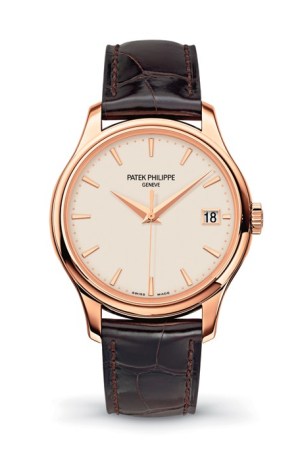 A watch from Patek Philippe. 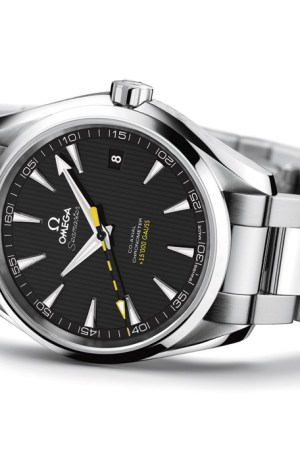 A watch from Omega.

As the world’s major watch brands are spreading out and diversifying their portfolios to adapt to volatile market conditions, Baselworld, the bellwether Swiss watch and jewelry fair, is investing heavily in its own future.

After eight years of plotting and developing, the fair unveils its new look today. Set in an enlarged hall designed by Herzog & de Meuron, the Swiss architect team that gave London’s Tate Modern its distinctive look, the fair boasts 1.52 million square feet, 6,300 tons of steel structure and 13 miles of booth facades. It runs through May 2.

“We are entering into a new era,” said Baselworld’s director, Sylvie Ritter. “It’s not just about having more exhibition space, but more quality. The new venue gives us the opportunity to revamp the show itself.”

With the largest booth spanning 17,500 square feet, the number of exhibitors decreased from 1,815 to 1,460. The only major newcomer is Girard-Perregaux. “We went for quality instead of quantity,” said Ritter, noting that this was in line with the global trend in fashion, cars and furniture.

This year, Baselworld will also offer guided tours for foreign press and fashion editors, as “more and more fashion brands are coming to Basel to present their models,” said Ritter.

Organizers are particularly keen on targeting Asian visitors. “It’s a very important market and they are usually not insiders of watches and jewelry.”

Ritter is upbeat about the business prospects for 2013: “Some of our exhibitors tell us they do 90 percent of their yearly turnover during the eight days of Basel.”

The director is convinced the watchmakers will do even “better in the future, because they are extremely flexible and can adapt to difficult market conditions.”

Flexibility is the new buzzword among global players. As signs of slowing growth in the Chinese luxury retail market have brands second-guessing the omnipotence of the Far East, many are spreading out to other regions, most notably the U.S., to reduce their dependency on the Chinese.

“It’s important to diversify, and not be focused on one market,” said Jean-Daniel Pasche, president of the Swiss Watch Federation. “The economic situation is not the same everywhere. In Asia, we see a period of consolidation, with the perspective for China and Hong Kong flat for this year. But we had a positive evolution in the U.S., which will continue this year, and there is nice growth in major European markets.”

Having lived through a record year in 2012, with Swiss watch exports reaching 21.4 billion Swiss francs compared to 19.3 billion in 2011, Pasche said: “Of course, we are aware that we won’t reach the figures of last year, but we are very confident. What’s interesting is that our products remain attractive where the market is going through a crisis. We increased our exports to Spain by 17 percent last year,” he said of the austerity-battered country. “It appears in times of crisis, people buy less — but better.”

With regard to Apple’s much-anticipated iWatch debut, he said: “It remains a limited product; not even the smartphone has a big enough display to read all the information. There is also an aesthetic problem: Do you really want to wear a machine strapped around your arm? We do not follow the same goal.”

Stephen Urquhart, chief executive officer of Omega, said: “China is still the number-one market. It has been for the past few years. And viewing the increase in Chinese traveling, which is when they purchase, we see no downturn.”

But, said the executive, “we never really had a positive story in the U.S.,” and so the brand has turned its eye to the Americas.

Having dramatically reduced the number of its retailers from 8,000 to 3,000 doors, Urquhart said, “We own 28 corporate stores in the U.S., soon to be 30 — not just in New York and L.A., but in cities like Pittsburgh and San Antonio. This is an important penetration of the American market and a tremendous boost, which we have felt in sales and brand perception. It’s permanent advertising.”

Among the latest trends, he cited Omega’s antimagnetic watch, resistant to magnetic fields greater than 15,000 gauss. “Basel is late this year and we didn’t want to miss out on the year, so it already sneaked out, but it’s going to be our main feature at the fair,” he pointed out.

The brand has also found a new alloy of rose gold, developed in-house.

“Rose gold is especially popular for men’s watches, but it loses color. The new [one], called Sedna, will last decades,” he said. “We will showcase it prominently.”

Gary Cohen, ceo of Timex Group, said the company “is taking advantage of the fashion trends” of the brands it encompasses, notably Salvatore Ferragamo and Versace. He says woven straps, shining PVC and leather are this year’s focus, while the Versus line, with its bolder color palette, has appealed to younger customers.

“We see lots of opportunities for Versace and Ferragamo, particularly in the Middle East,” said Cohen, adding that “the U.S. is coming back” as well. “It’s been robust and we expect better.”

Overall, he expects “a very strong year, driven by door expansion in the U.S. and consumer growth in the Middle East and Asia.” With regard to China, Cohen noted: “We are not a mature brand there. This still gives us opportunities.”

François Thiébaud, ceo of Tissot, Swatch Group’s second-best performing brand in terms of volume, said it would reduce the number of sales points to 14,000 from 16,000 by yearend. “There is no market in the world where Tissot is not, but we want to improve the quality of our presence.”

Thiébaud said what he is after is “more space.” Sitting in the midprice segment with a wide rage of items, finding a good placement in multibrand stores can be a challenge, he explained.

“With 160 stores around the globe, most via franchise, a few corporate, we are not interested in having one in every city, but to be in [strategic] places,” he said. Tissot’s latest addition came last month with a shop in Moscow’s GUM.

RELATED STORY: Baselworld at a Glance >>

At Basel, Tissot, which logged another double-digit increase in sales in 2012, will introduce its T-Touch Solar, billed to be the first touch-screen solar watch.

Chopard copresident Karl-Friedrich Scheufele affirmed: “Competition has always been pretty fierce, but in the last five or so years, it has become particularly greater, considering there are some big groups fighting for a limited amount of space in retail outlets. It’s really on the distribution side that the competition is an issue for us.”

Scheufele said because the company is independent and family owned, it must rely on its “strong relationships with retailers,” but he added that those retailers “prefer” working with them over larger companies, which “tend to dictate some of the rules.”

He estimated that Chopard had about 60 boutiques worldwide, or 140 including franchise and stand-alone stores.

The brand is bringing four additions to Basel, all of which are sporty twists on its classic lines, meant to help the brand serve growing markets such as the U.S., South America and the Middle East. “The U.S. has picked up nicely for us last year. Over the last 10 years, we’ve also expanded our distribution in South America and India,” Scheufele said.

The executive added that some of the new styles the brand is introducing at Basel will likely appeal to a more fashion-forward and perhaps younger consumer.

Scheufele said ever since gold prices rose, Chopard has experienced a spike in sales: “We sold more gold watches in 2010 and 2011 than we sold in the three previous years.”

He added, “Over the past five years, we’ve also stepped up the number of mechanical watches in our collection,” which is linked to stronger demand coming from the East, mainly from China, Singapore and Hong Kong — not Japan — and that 15 percent of its mechanical watches are now made in-house.

The brand produces 80,000 items annually, which includes quartz and automatic movements, and is aiming to make 50 percent of its movements in-house by 2015 or 2016. “All this is geared to increase our independence,” he said.

Hermès, which recently unveiled its Dressage Chrono collection, will introduce its first in-house-made chronometer at Basel. The men’s chronometer, which retails for $11,600, is made from steel, while for women, the house developed a classic watch with an alligator strap that retails for $16,100 to $26,975.

Although the brand has designed watches for 100 years, it never had all the capabilities to manufacture timepieces. That has changed following a string of recent strategic acquisitions of components producers, said Luc Perramond, Hermès’ watch ceo. Those acquisitions are supposed to safeguard Hermès from being at the behest of watchmaker conglomerates such as Richemont Group, Swatch Group and LVMH Moët Hennessy Louis Vuitton.

According to Perramond, the watch segment is a major future driver of growth for the brand. It generates about 5 percent of Hermès’ business and could reach 10 percent, but it will be a “long-term effort.”

“We have a huge potential to grow,” Perramond said, noting that in the last four years, the house has almost tripled its watch business.

He said that in high-growth markets such as China and Southeast Asia consumers value the French brand’s “heritage,” but he noted that the U.S. market is extremely important to Hermès’ success. “We should not forget that the largest luxury market in the world is the U.S.”

For Patek Philippe, the key motors “remain traditionally unchanged, with the main market being Europe with 45 percent, Asia with 33 percent and the U.S. with about 15 percent,” said ceo Thierry Stern.

As a family-owned, independent company, “what remains challenging for us is to follow demand with production while keeping the highest quality level.” He noted that “demand grows stronger in the complications segment for men and women, the ladies’ complications being the newest fast-growing demand segment for our brand.” Stern will introduce 30 new models at Baselworld.

“We put out a strategy to grow our top line 10 percent a year. We will do that through great innovation of product,” said Grinberg, while admitting that Movado’s prices on average have “gone up slightly.”

With tourists shopping in different markets and watches emerging more as “fashion accessories” than mere collectors’ items, Grinberg is hopeful that Movado will be able to achieve its growth targets.

He said consumer demand for such materials as titanium, carbon fiber, tungsten carbide and ceramic has grown and will likely remain in Movado’s collections “for a long time.” In order to attract a younger consumer, the group is also cycling in more color.

On Bulgari’s agenda for this year is revamping the look of its men’s assortment, said Guido Terreni, managing director of the watch business unit. “And we will surely have an eye on the hyper-luxury world with artistic ‘grandes complications,’” he said.

The brand just introduced two Serpenti special editions, which interpret zodiac signs with ruby and diamond settings for Chinese women, in an effort to be “more selective” and “not to push hard [into the region].”