The action sports brand has successfully enhanced its digital efforts in light of the pandemic.

The Vans headquarters in California.

Even the brand’s most rabid fans probably don’t realize that Vans has been outfitting skateboarders for more than half a century — and they perhaps don’t care. The largest brand in the VF Corp. stable with annual sales of around $4 billion, Vans has managed to stay young with a focus on the action sports community that started in 1966 when its founders created their first pair of deck shoes in Anaheim, Calif.

Today Vans has branched out beyond just skateboarders to encompass youth-oriented art, music and street fashion. The company has more than 2,000 retail locations in 97 countries through a network of owned, concession and partnership shops, and has partnered with everyone from Kenzo, Karl Lagerfeld and Kids of Immigrants to the Museum of Modern Art and Anderson.Paak.

Doug Palladini, global president of Vans, said the brand’s focus on youth culture and its propensity to embrace digital messaging was one reason Vans has been able to successfully navigate through the pandemic.

“We lost an important part of who we are when our stores and wholesale partners closed at the flip of a switch,” he said. “But we set out to build new ways to drive consumer interest.”

With Vans’ customers mired in “boredom and frustration,” the brand started offering up creative distractions such as Bouncing Off the Walls — a play on its slogan, Off the Wall — a weekly series showing how fans were staying inside and staying creative.

Other efforts included Foot the Bill, where shops that carry Vans customized shoes sold them on the company’s platforms and were able to keep the profits. Since the pandemic started, the initiative has raised more than $4 million for small businesses impacted by COVID-19.

Then there was the Shoebox Challenge, where customers were encouraged to take an old shoe box, reimagine it and post about it on social media. Palladini said customers created everything from timepieces to airplanes out of the boxes. 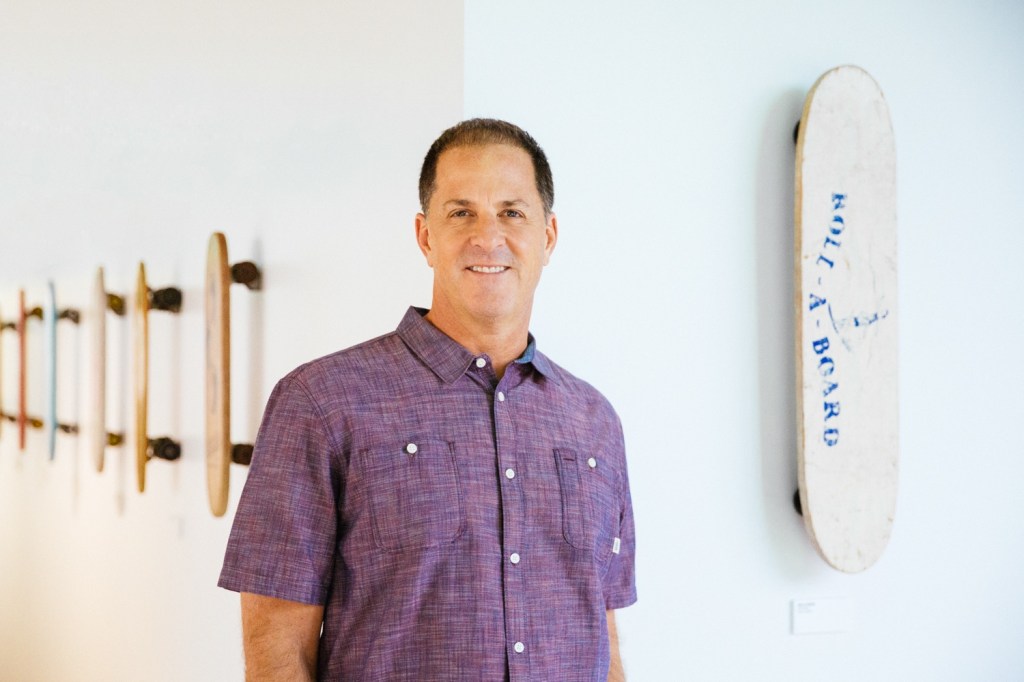 Even though nearly all of Vans’ own and wholesale partner stores have reopened at this point — although that may change soon as the virus continues to spread — the brand is continuing to use digital efforts to connect with its community.

On Nov. 19, the company will hold its second annual Vans Checkerboard Day, a “global initiative established to champion the power of creative expression.” This year, in light of the pandemic, Checkerboard Day will focus on mental health. Vans is known for its checkerboard patterned sneakers.

“We’ve spent much of the year apart. And it’s been tough. But despite the isolation, both physically and psychologically, we are and always will be a Vans family, forever connected by creativity,” Palladini said. Citing a recent study from Complex that in the U.S. alone, half of today’s youth are more stressed and anxious now than before the pandemic started, he added: “Through the power of creativity, our mission for Vans Checkerboard Day 2020 will be to show that smaller acts of expression can make a big impact on our personal and collective well-being.”

Vans will donate $1 million from its Checkerboard Fund at Tides Foundation spread across 10 charities whose purpose is to provide resources for coping with the stressors that impact the mental health and well-being of youth around the world. Among the charities are Get Lit-Words Unite, The Skatepark Project, Arte Por La Vida, Social Skate, Singapore Association for Mental Health, The Wave Project and others.

Leading up to the launch, Vans is encouraging customers to participate in a variety of digital efforts centered around offering uplifting messages. These include a TikTok Challenge and the opportunity to hear from Vans’ ambassadors including Anderson.Paak, Tony Hawk and Yaya Zahir about how their creative self-expression has helped them get through difficult times.

Vans has created a limited-edition Checkerboard Day T-shirt and a pair of Authentics designed by artist and ambassador Geoff McFetridge, with 100 percent of the proceeds going to the Checkerboard Fund.

Palladini said although the environment has changed dramatically since Checkerboard Day was launched last year, he believes there’s “a tremendous opportunity for creativity to play a powerful and meaningful role” to help customers navigate this new world.

The pandemic has also led Vans to make some internal changes. Palladini said its 700 employees have not returned to the company’s Costa Mesa, Calif., headquarters since March, but have worked remotely to enhance the brand’s digital efforts.

“As our stores closed, we turned our attention to digital — our own and our partners — to serve our consumers in the platform that remained viable.” And it worked — after dropping more than 50 percent in the first quarter, Vans’ sales were down only 10 percent in the second quarter, a rebound that Palladini attributed to strong digital growth, which increased 51 percent in the period.

“As our stores came back online, digital growth moderated, but at a new baseline,” he said.

International sales were also a driver, with 22 percent growth registered in Greater China and 27 percent in Mainland China, while the U.S. was down 14 percent.

For fiscal-year 2021, revenue is expected to decline 12 percent overall, but sales are seen rising 9 percent in the second half “driven by a return to growth in the fourth quarter,” according to VF.

Footwear continues to represent the lion’s share of Vans’ business, although apparel and accessories account for around 20 percent of overall sales. “The head-to-toe nature of the brand is essential to the story we want to tell,” the executive said, adding: “If it gets to 25 percent, that would be a big win.” Among the most popular items in the second quarter were the Pro Skate, Comfy Cush and Ultra Range shoes.

Palladini said that footwear and apparel are designed to be unisex. “If we create a product that is women’s-specific, we get nasty e-mails from guys asking why it’s not offered in their size. So we make all our shoes in the broadest size range possible.”

The designs are also intended to attract a wide range of ages. “Older people wearing Vans don’t diminish the brand’s popularity with young people,” he said. “Off the Wall is a state of mind, not about chronological age.”

Vans attracts a range of people with its successful collaborations that run the gamut from Supreme, which has been partnering with the brand for more than two decades, to the Simpsons.

Palladini said the brand takes a multipronged approach to partnerships. On one end is what he described as “what’s next in popular culture, fashion and streetwear. We work with other collaborators to create it,” he said, pointing to Dover Street Market, Opening Ceremony and Supreme as examples.

“They come to us with ideas of what they want to do,” he said, adding that he could “count on one hand” how many of these deals Vans has allowed.

Another is partnering with “kindred spirits” such as musicians, artists and other brands such as Anderson.Paak, Thrasher and Anti-Hero on co-branded offerings. The last is the “commercial layer” or the “big blowout programs” with Harry Potter, Star Wars and others.

In between these collaborations, Vans will drop products on a weekly basis to engage its customers around the world.

Palladini, who has been with Vans since 2004 when VF bought the brand, has seen the business change a lot over the past few years, but one thing has remained constant. “We’re the original Southern California brand and that will always be our entry, but we’ve evolved and progressed beyond that.” By focusing on art, music and fashion in addition to action sports, it gives the brand “room to grow and impact more people.”