STABIO, Switzerland — “We’ve been pretty strong in the past three years. There’s been a culture of focus, performance, collaboration, openness, cross-brand learning and best practice, probably more than in any other region.”

That’s how Martino Scabbia Guerrini, VF Corp.’s executive vice president and group president of Europe, Middle East and Africa, summed up the transformation the company has recently undergone, stressing how the same strategy will be pivotal in sustaining growth through 2024.

Scabbia Guerrini shared his take on the region, current economic and political instability and the strengths of the group’s strategy and powerhouse brands during a visit to VF’s EMEA headquarters here. This followed an investor conference at the group’s new headquarters in Denver, two weeks ago, when VF’s chairman, president and chief executive officer Steve Rendle outlined VF’s business plan for the next five years.

The EMEA offices, covering 161,458 square feet in a glass structure with open workspaces, gathers around 1,000 employees from 39 nationalities, and epitomize the company’s collaborative, cross-regional and cross-functional mindset.

“We work in an interconnected way when we look at global brand strategy to be executed in the region,” said Scabbia Guerrini, who joined VF in 2006 and is now responsible for the region in addition to overseeing at a global level the group’s Timberland, Napapijri, Eastpak, Kipling and Icebreaker brands.

Global VF’s revenues net of the Kontoor business amounted to $11.8 billion in fiscal 2019.

“We think the economy won’t change that much, we’ve gone through a successful performance at a time of social and economic instability in the past few years.…We trust our strategies and targets save for disruptive occurrences we cannot predict,” Scabbia Guerrini said.

“There will be a mix of opportunities and risks, [but] we believe that — thanks to our portfolio and structured presence in each European country — we can balance that mix [and reach] the targets we have,” he said, indicating factors such as brand cycles, shifting consumer behavior and marketplaces. 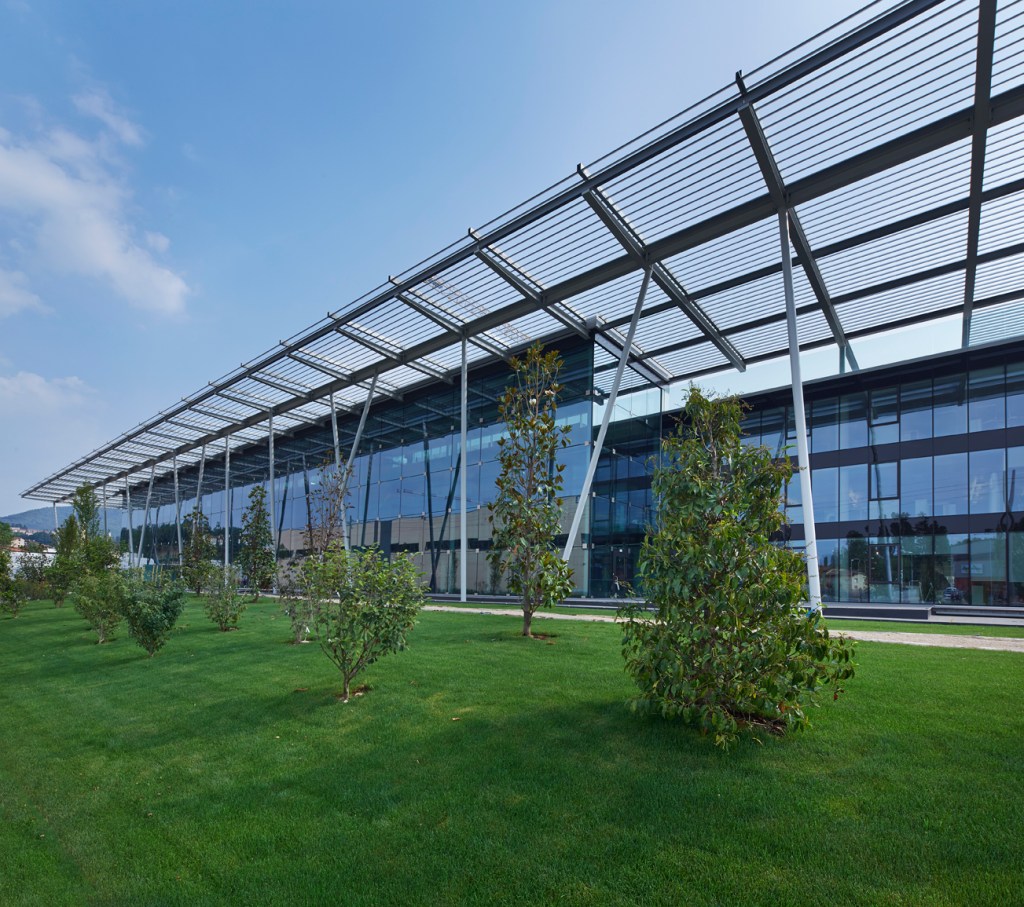 The main targets for the region reflect the group’s vision of purpose-led acceleration and include fueling the powerhouse brands’ growth, setting in motion what the executive called “sequential acceleration” — such as focusing on one brand’s growth at a time — for those smaller labels in the portfolio; enhancing the digital-driven approach, and investing heavily in a customer and retail-centric strategy.

The powerhouse brands Vans and The North Face are expected to drive growth in the EMEA region, increasing annually by 9 to 10 percent and 7 to 8 percent, respectively. In particular, Scabbia Guerrini said, Vans “was able to [leverage] those pillars: stores, digital [channels], consumer engagement, loyalty and activity, better than any other brand and much earlier.”

The executive also touted the transformation of The North Face, which succeeded in conveying the “exploration concept” into everyday outerwear “tapping into the new generations and the streetwear component,” as an example of how VF’s portfolio can address a market valued at $500 billion, encompassing street, performance, outdoor and activewear. Scabbia Guerrini stressed the recently launched Futurelight textile innovation at The North Face, noting “innovation is a key component of activity-based brands and sustainable innovation is even better.”

Leveraging the “sequential acceleration” business model, Timberland’s growth is high on the executive’s and VF’s agenda. The brand is expected to post a compound annual growth rate of between 2 and 3 percent in the region, slightly below the 3 percent to 4 percent annual increase globally. “It’s been slower than the other two, we went through a total reset of the strategic frame and the organizational model of the brand. We’ve put at the center again design and what we call a creative vision,” said Scabbia Guerrini, praising the work done so far by global creative director Christopher Raeburn, including the relaunch of the Earthkeepers line and his responsible and sustainable design-driven approach.

The same approach is also core to Napapijri, which VF acquired in 2004. With revenues of around $260 million in fiscal 2019, the company is poised to grow 8 to 9 percent annually through 2024 in the EMEA region, where it has the strongest brand awareness. “The size we have today is all driven by Europe, now it’s time to bring this brand global and go for a much bigger plan,” he explained. 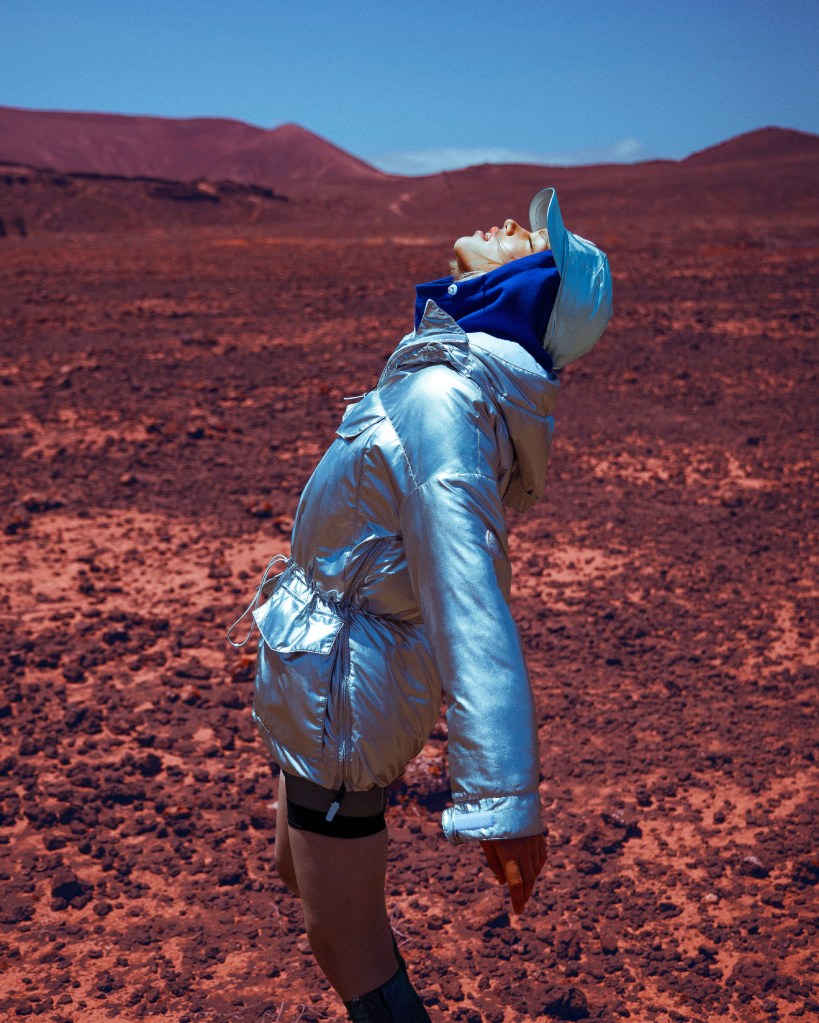 The first brand to go both fur- and down-free in 2012 and 2015, respectively, Napapijri is a “unique intersection of a brand driven by design, trying to do something innovative or tackling innovation with sustainability,” Scabbia Guerrini observed. “When design pushes the boundaries together with innovation, the way, the narrative that comes to life is very different,” he said, predicting that the label, together with Icebreaker and Smartwool, will reach the $1 billion threshold in global revenues in a five-year time.

Although the executive stressed VF is not a vertical retailer, he noted that already more than half of its business pertains to the “managed spaces” category, including digital platforms, key accounts and franchise stores where brands can “drive the experience” and engage customers.

“We need to start always with the consumer, with a retail-centered [strategy] because of the evolution of the formats and hyper digital because of course digital is growing faster,” the executive noted. The direct-to-consumer digital channels are expected to post a compound annual growth rate of 22 to 23 percent over the next five years in the region, above the 17 percent growth rate for industry peers. Digital wholesale is believed to increase at between 16 to 17 percent annually. Scabbia Guerrini underscored Europe was a key region in VF’s digital transformation and cited the partnership with Zalando as among the most successful examples.

“In our company we begin to think digitally from design and now until the last transaction, and this is really an end-to-end process where most of the steps are enabled through digital technologies,” the executive noted, touting the use of data and customer insights.

“We want to keep outperforming basically the marketplace in terms of digital growth in our industry and in our segment. This combination of powerful brands, iconic products, digital investments across different platforms and the organization change that we went through really deliver,” Scabbia Guerrini said, adding physical stores are also a target as some key brick-and-mortar accounts can fuel the brands’ penetration in the countries or categories.

The executive hasn’t been overly concerned about the escalating market instability in the region. Discussing the potential of a no-deal Brexit, he said the U.K. represents VF’s largest market in the EMEA, currently accounting for 25 percent of the company’s sales in the region. “I think that the investments we made will allow us to be equipped and better positioned than others in the event of a no-deal Brexit. Paradoxically, the more you invest and structure your business the less you should be impacted,” he said, adding he expects the group’s sales in the country to grow by 5 to 6 percent annually until 2024.

The Stabio headquarters are home to some of the brands’ key design teams, including those in charge of Timberland’s apparel and Napapijri, a strategic move that, according to Scabbia Guerrini, reflects the company’s renovated focus on a design-driven approach.

“Customers are more and more sensitive to experience and commitment; product is important, design and aesthetics lead the way, so do iconic products and big franchises, as they define the brand. The way they are constantly revamped through design, customization, collaboration is fundamental,” he explained.