Tomorrow Puts a New Spin on Investment, Looking at Heads and Hearts

Tomorrow London has taken stakes in A-Cold-Wall, Polythene Optics and Coperni, and there are more investments in the pipeline.

LONDON — Fashion is a hot-blooded business, and Stefano Martinetto takes that to heart when he looks at potential acquisitions for Tomorrow London Ltd., a full-service business and creative platform for designer labels, which he co-owns and runs with Giancarlo Simiri.

Despite the discipline, detail and precision that go into making collections, fashion is also a messy affair, and the road to success is cluttered with bad investments, botched strategies, soured partnerships, mismanaged expectations and often a fundamental lack of understanding about how the business actually works.

That’s one reason why Martinetto talks about the importance of undertaking “emotional” due diligence before investing, and why his team prefers to wait — and court — designers and brands before taking stakes in their brands.

He’s also hoping that Tomorrow’s unconventional strategy will be a winner, and that the company will be able to offer small, independent designer businesses an alternative to private equity investment, big luxury groups and wealthy — but often inexperienced — individuals in an ever more difficult climate for fashion.

“I try to put myself in the designers’ shoes and understand that they need money, but they also need a high-quality organization. Often they can’t afford it because it costs millions of pounds,” Martinetto said. “No matter how successful you are or how much money you raise, you will spend that money in overheads in the first year.”

He said Tomorrow doesn’t want to put money behind anyone without giving them commercial — and moral — support, too. “So we offer investment money and a platform where designers and brands can ‘plug in and play’ and get what they need in the right time scale.

“Maybe we can be that company that constantly starts up creative talent, provides them with the platform to succeed, and brings them to the 30-50 million pounds mark in retail sales. Maybe we also can learn how to bring them from 50 to 100 million. Success doesn’t need to be a billion-dollar business. Success can be a very nice trajectory from 50 to 100.” 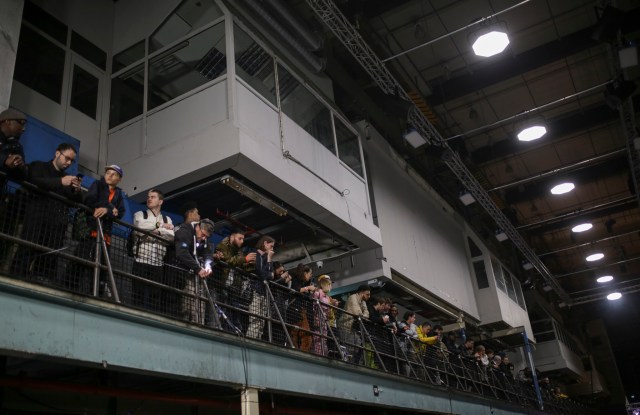 Tomorrow wants to take its time getting to know the brands before committing to them, and will work with them in specific areas, such as sales and distribution, product development, manufacturing and operations. The company also has a c-suite on tap: chief financial, digital, marketing, operations, commercial officers and lawyers who can plug into the small labels and take care of the back end, looking after everything from trademark and intellectual property to manufacturing.

“If we invest in a brand, we’ll need to be in bed together for five to 10 years, so the idea is to align our emotional intelligence and understand one another’s values.” During this courtship phase, Tomorrow works with brands for six to 12 months as showroom and distributor, during which time they work on a business plan together.

“We see how you behave and you understand how we behave. There are people who get nervous and crack under pressure, so we want to see how they react to changes in the market, how they behave the day before a fashion show, whether they’re open to having a dialogue. We are committed. We don’t have all the answers and we are not the best company in the world, but for sure we listen.”

Martinetto, whose title is chief executive officer, said he isn’t interested in working with designers for hire, either. “We want designers’ creative independence. We are not here to promote people’s careers to become the next Dior creative director. If that’s your choice, we have Tomorrow Consulting with 25 talented individuals, and offices in London, New York and Milan.” 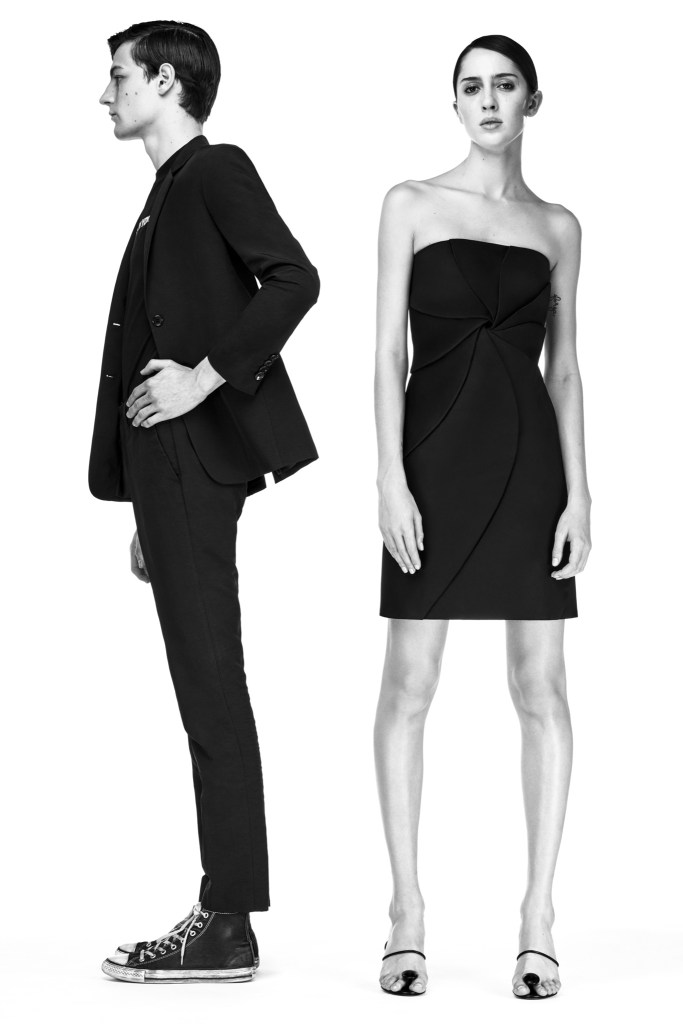 So far, Tomorrow London has taken stakes in the London-based streetwear brand A-Cold-Wall and its sister label Polythene Optics. It also relaunched Coperni, the ANDAM-winning collection designed by Sébastien Meyer and Arnaud Vaillant.

There are more investments in the pipeline, including another fashion brand and a from-scratch sneaker project, and Tomorrow believes it can take on and incubate up to 10 brands.

So far it has offered funding that falls between seed capital and 3 million pounds, although it is eyeing larger investments in the range of 10 million pounds to 15 million pounds. Martinetto said the company is looking for brands that are “relevant and unique, with a point of view,” and believes that Tomorrow will be attractive to brands and designers because of its discretion.

“Some people are not particularly keen in having famous business partners. We are behind the curtain, under the radar,” he said.

Fashion consultant Julie Gilhart, who sits on the board of Tomorrow London and who has worked with the company on various projects, described Martinetto as “the father of the family,” and said the setup feels more familial than corporate.

“Stefano’s expertise is in growing designers. It’s what he feels comfortable with and what he likes to do, so it’s very hands-on,” she said.

Simiri, whose title is chief revenue officer, said there is a wide-open space to discover and nurture small, independent brands.

“I believe we are only just scratching the surface of the potential growth of the audience interested in talented new designers,” he said. “Millennials and Gen Z are not only attracted by big brands — they really want to discover new creativity and to find brands that feel completely different. The fashion industry is at a turning point.”

He added that helping creative talent grow is “hugely exciting — giving shape to their ideas and supporting them to see their dream come true is deeply rewarding. The idea that we are helping these people to build sustainable businesses that create work for the people who are part of them — as well as their families, their friends, their communities — this makes me feel extremely proud.”

Fashion incubators with a flair for marketing such as Tomorrow are rare beasts: Last year, Kering cleared the smaller names, such as Christopher Kane, out of its portfolio, preferring to put the focus on megastars such as Gucci and Saint Laurent. Kering still holds a minority stake in Altuzarra.

Groupe Artémis, Kering’s parent company and the investment arm of France’s Pinault family, has made investments in various brands including Giambattista Valli and Courrèges. Artémis said it is interested in investing in companies where it can be the controlling shareholder with a view to exercising “significant bearing over the company’s strategy and key decisions.”

LVMH Moët Hennessy Louis Vuitton has made bets on small brands, taking a significant minority stake in JW Anderson and a majority in Nicholas Kirkwood in 2013.

The Milan-based NGG, or New Guards Group, has also become a big player of late, and in early August was acquired by Farfetch for $675 million. NGG controls labels such as Marcelo Burlon County of Milan, Palm Angels, Heron Preston, Unravel Project and Alanui. It is the exclusive licensee of Off-White, which is controlled by Virgil Abloh.

NGG, which specializes in high-end streetwear, was founded by Davide De Giglio, Claudio Antonioli and Burlon in 2015. LVMH also considered taking a stake in it, according to sources.

Tomorrow started as a showroom in 2008 and has evolved into a full-service platform for brands, with the four-pronged aim of advising, making, selling and investing. It employs more than 150 and has offices and showrooms in London, Milan, Hong Kong, Paris and New York. Of late, it has invested in an atelier that serves its own brands and partners.

In addition to sales and distribution services, it can also take care of operations and logistics, and licensing and manufacturing. It offers commercial, creative, product development advice and also does marketing and communications.

Its consultancy arm recently linked Paul & Shark with Greg Lauren for a special men’s collection that will include three drops. The first landed on June 3, while the second and third will be distributed through the Tomorrow showroom in Milan and Paris. They will land in stores in January and June 2020, respectively.

Rosso initially took a stake in Tomorrow London through his Red Circle Investments private equity firm after Martinetto and Simiri staged a management buyout in 2015 with help from Three Hills Capital Partners.