The British government is locking down large parts of the country once again, with London mayor Sadiq Khan saying 2020 will be London's "toughest Christmas" since World War II.

People on London's Regent Street after British Prime Minister Boris Johnson ordered all nonessential retail to close and imposed new restrictions on Christmas gatherings, plunging large parts of the country back into lockdown.

LONDON — London stores, which over the weekend were forced to shut again due to new lockdown measures imposed by British Prime Minister Boris Johnson, will not reopen in the new year until they can do so for good.

Jace Tyrrell, chief executive officer of New West End Company, which represents hundreds of businesses in central London around Piccadilly, Oxford and Regent Streets, said the opening and closing of stores due to last-minute lockdowns was costing retailers a fortune, and that businesses needed a clear “exit strategy” from government before they reopen once and for all.

“We don’t want to open unless it’s for good,” said Tyrrell, who was also speaking for hospitality businesses, and restaurants in the West End. He added that while central London retailers were expecting “some form of higher restrictions” in the run-up to Christmas the new, full lockdown came as a disappointing surprise.

Spooked by the rapid spread of a new strain of the coronavirus in London and the southeast of England, Johnson tore up earlier guidance on family and friends’ Christmas gatherings, and told millions there would no longer be a five-day relaxation of rules over the holiday period.

As of Sunday, London went back into lockdown with all nonessential retail, salons, hairdressers, cinemas and theatres forced to shut.

The new Tier 4 restrictions in London and the southeast of England also mean that households will not be able to mix and form “bubbles” over the Christmas period. Previously, the government had said that up to three households could get together for the holiday period. 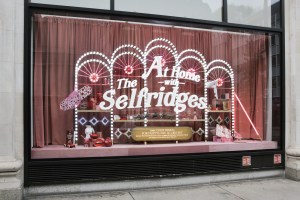 Selfridges’ “Once Upon a Christmas” festive campaign.  Courtesy of Matt Writtle

In other parts of the country, up to three households will be able to mix, but on Christmas Day only.

“Given the early evidence of the new variant, we cannot continue Christmas as planned. There is no alternative open to me,” said Johnson in an address Saturday afternoon from Downing Street. He said he changed the rules with a “heavy heart” but that the government “must, and will, be guided by the science.”

There will be no relaxation of rules around New Year’s at all. “People must not break the rules,” on New Year’s, he said.

Under the new Tier 4 restrictions, people are not permitted to leave their homes unless they need to travel for work or for other reasons such as medical appointments or for worship. People are also discouraged from moving between tiers.

A new strain of the coronavirus appears to be spreading quickly in London and the southeast, although there is no indication yet that it is more dangerous than the original virus or is resistant to the vaccines. The variant has only just appeared as the campaign to vaccinate the U.K. has begun, with some 350,000 people already given shots.

Johnson said he was forced to make the changes to the Christmas rules or else “thousands more might lose their lives. But we’ll soon be rid of this virus. Get your vaccine, and we’ll beat it back.”

London mayor Sadiq Khan described the new restrictions as a “bitter blow” for Londoners and for businesses “which have already suffered so much this year. London faces its toughest Christmas since the war, and the whole city will need to pull together to see us through this terrible period.” 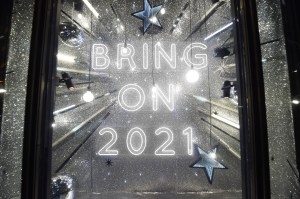 In an interview, Tyrrell said the retailers that NWEC represents were “valiant” about shutting down stores with little notice on Saturday night during the busiest trading period for retailers, the run-up to Christmas.

London’s stores, hotels and restaurants had already been suffering from a lack of international tourism due to travel restrictions, and had been counting on the short window of pre-Christmas trading to recoup at least some of the losses incurred during the past year.

He said that until the new measures were unveiled on Dec. 19, business had been picking up, and was down 30 percent year-on-year on weekends. “On Saturday, people were queuing outside Chanel and Louis Vuitton, which is a good sign,” he said.

Tyrrell estimated the addition of new lockdown measures will mean some 2 billion pounds in sales in the West End will be wiped out in the pre-Christmas period. He said the government should also be moving to extend the business tax holiday and pause its decision to wipe out VAT refunds for tourists from outside the U.K.

Britain’s Chancellor of the Exchequer Rishi Sunak is looking to claw back all the money he can to pay for the country’s generous furlough program, which has recently been extended to April.

England came out of a second lockdown earlier this month, kicking off what retailers were hoping was going to be a robust three weeks of trading.

At the time, Tyrrell called it “the most important three weeks for British retail in recent memory. The eight golden weeks of Christmas normally deliver 2.5 billion pounds in spend to businesses in the West End alone. This is set to be reduced to just 900 million pounds this year in just three weeks.

“With comprehensive safety measures in place, and festive lights and window displays throughout the district, the West End has never looked better. With just three weekends until Christmas, it’s finally time for the great British public to shop out to help out,” he said at the time.

The November lockdown 2.0 entailed a four-week ban on all nonessential retail, salons, restaurants and pubs. It ended earlier this month, with England returning to a tier-based system of restrictions based on local infection numbers and hospital admissions.