From luxury pop-up stores to parties in Cannes, an overview of the week's stories. 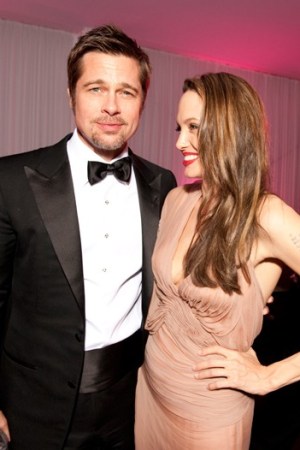 Even as Wal-Mart Stores Inc. reported flat first-quarter net income, the results positioned it as this earnings season’s leader in profit performance, at least so far, as well as in price and volume. That stood in direct contrast to the other stores reporting results Thursday, all of which saw profits decline. Nordstrom Inc., Urban Outfitters Inc. and Kohl’s Corp. saw profits fall 31.9 percent, 27.6 percent and 10.5 percent, respectively, but all three finished above consensus estimates. And while major banks may be healthier than originally feared and hopes may be rising that the economy has bottomed out, there is still one word that continues to strike terror in the hearts of business executives and government officials alike: deflation.

Is ‘Made in the USA’ Enough?

The “Made in USA” label, particularly in hard economic times, resonates with some American consumers, but may do little to offset the enticement of lower cost for shoppers determined to seek value and savings during the recession. Brooks Brothers, for one, is placing a bet that marketing the decision to manufacture 70 percent of its tailored clothing in a new $20 million, 92,000-square-foot factory in Haverhill, Mass., will generate goodwill and boost sales.

Kenneth Cole New York’s catchy new spring campaign slogan — “The future is about to be redressed” — could just as well refer to the company itself. A year after hiring Jill Granoff as chief executive officer of Kenneth Cole Productions Inc., Cole is ready to make his next big move in the ongoing strategy to position the $492 million firm for growth. This week, the company named Ingo Wilts as creative director, a newly created role, effective Aug. 1. Wilts joins from Hugo Boss, where he designed women’s and men’s wear and accessories as senior vice president and creative director of Boss Black, Boss Selection and Boss Green.

Sponsorships have shriveled, the Vanity Fair black-tie bash has been nixed and fewer megayachts are expected to clutter the horizon during the Cannes International Film Festival that opened Wednesday — appropriate for an event that prides itself on the art of filmmaking over fluff. Meanwhile, the opening ceremony saw Robin Wright Penn sashay up the red steps in an off-the-shoulder silver Elie Saab dress and Louis Vuitton jewels. (Click to see more looks from this red carpet event.) At the Hotel du Cap-Eden-Roc, actors talked up the films they’re in town to promote and the ones they might be here for next year. French actress Emma de Caunes discussed her upcoming role as Kiki de Montparnasse in a Man Ray biopic, due to start filming this fall. (Click to see more Cannes looks.) Festivalgoers will have the chance to pick up a limited edition fan designed by Louis Vuitton in collaboration with Spanish actress Rossy de Palma – on sale for one day only in Vuitton’s Cannes store. Also, WWD asked a host of actresses and industry players to share their Cannes packing lists, as well as what they love and hate about attending the biggest film festival on the planet.

Fashion and Laughter at the White House Correspondents Dinner

Hollywood, fashion, finance and politics flocked to Washington for the annual White House Correspondents Dinner, the first chance for President Barack Obama to poke a bit of fun at himself on a major D.C. stage. The 2,500 guests who attended the gala at the Washington Hilton were met with smiles, cameras, handshakes and bubbly chatter about attendees’ fashion choices. First Lady Michelle Obama opted for a magenta Michael Kors dress, and many female attendees followed the First Lady’s lead and wore bright colors for the evening. (Click to see all the celebrities and Washington newsmakers.)

The roster of speakers at the first WWD Beauty Forum ran the gamut, ranging from powerhouse brands to cutting-edge indie entrepreneurs and product creators to high-powered and digital-age retailers to a boutique investment bank, a consultant, a national women’s magazine and a fragrance supplier. This diverse lineup focused on one subject: the need to innovate in a time of economic distress. Highlights of the event included perspective from such notable industry players as Catherine Walsh, senior vice president of American Fragrances for Coty Inc., Allure editor in chief Linda Wells and Carol Hamilton, president of L’Oréal USA’s Luxury Products Division.

The United Nations hardly knew what hit it on Tuesday night when a parade of bold-faced names descended for a bash to celebrate Ross Bleckner’s official appointment as a goodwill ambassador for the UN Commission on Drugs and Crime, sponsored by Moschino and Egyptian billionaire Shafik Gabr. Even Secretary General Ban Ki-moon seemed starstruck, especially by the presence of Nicholas Cage. “As soon as I saw you, I thought ‘My daughters would have loved an autograph,'” said Ban, who went on to explain how Cage’s action movies actually tackle important international issues. “‘The Rock’ is really about the danger of chemical weapons,” said Ban, to an amused crowd, including Bleckner’s friends, such as Donna Karan, Calvin Klein and Alec Baldwin, as well as Famke Janssen, Rachel Roy, CeCe Cord and Kat DeLuna. (Click to see all the photos of the event.)

Betting an improved economy is around the corner, tailored clothing makers are ready to take risks again for spring-summer 2010. This optimistic view of the new suit manifests itself in unconstructed, fluid tailoring with a softer shoulder. Long gone are the traditional gentleman’s patterns in favor of light solids, plain weaves and tonal creams. The at-ease attitude welcomes blazers in shirt fabrics, a wider offering of cotton and linen ensembles, and unlined suits. (Click to see all the men’s looks.)

WWD Back in Time: The East Village Evolves

A Manhattan neighborhood can go from outré to everyday in a New York minute. It happened to the Meatpacking District and Hell’s Kitchen, and in 1972 it started happening to the East Village. Though some promises of the day (like the opening of the Second Avenue subway by 1977) never materialized, the area definitely experienced some growing pains. WWD’s reporters were there to watch it happen. (Click to see photos of New York’s past.)
Companies People People & Companies regions