William Lauder, Pauline Brown and Neil Blumenthal participated in a “Success in Business Town Hall” meeting to be aired by SiriusXM later this month. 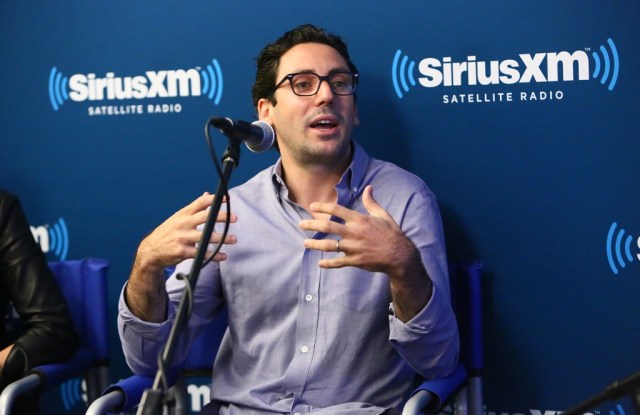 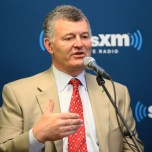 A trio of business leaders with Wharton School credentials encouraged aspiring executives to focus on personal satisfaction, rather than traditional definitions of success, in their pursuit of rewarding careers.

Participating Wednesday in a taping of a “Success in Business Town Hall” meeting to be aired by SiriusXM later this month were William Lauder, executive chairman of the Estée Lauder Cos. Inc.; Pauline Brown, chairman of LVMH Inc., the North American arm of LVMH Moët Hennessy Louis Vuitton, and Neil Blumenthal, cofounder and co-chief executive officer of Warby Parker. The panel, which also included Karl Ulrich, vice dean of innovation for The Wharton School, was moderated by Maria Bartiromo, anchor and global markets editor of the Fox Business Network.

The three industry panelists, all graduates of The Wharton School, leaned heavily on the lessons learned during their college years and the role they’ve played in their careers since.

Asked how he might have approached his college years differently, Blumenthal chose specifics. “I think I would have taken a computer science class, to be completely honest,” he said. “That’s a big hole as I think about leadership and my knowledge.”

Brown waxed more philosophical: “I wish I had trusted the future more.”

The LVMH executive noted that she experienced something of an epiphany during a leadership development conference she attended several years ago. As attendees assembled at the start of the program, they were advised that among its goals was “to take individuals who lead lives of success to lead lives of significance. And it just hit me like a knife at the time. I’m very mindful of not confusing my success and my failures with my importance as a person and my ability to contribute in ways that are important.”

She stressed that a single business failure shouldn’t be taken as a sign of failure in life or in one’s profession. “Careers are not a straight line, not for anyone, and those that continue to progress are often those that are recovering well from the continual failure and challenge that is inherent” in business, she noted.

Blumenthal said that his firm had just marked a milestone as it contributed its one millionth pair of eyeglasses to people in need. “I don’t know anybody who the number-one reason they buy from us is because we distribute a pair for every pair that we sell or because we’re carbon neutral,” he said before listing product and service attributes that have helped elevate the firm’s sales.

“That being said,” he continued, “the strong business rationale…is that we’re able to attract and retain great talent because we’re a mission-driven company.”

He referred to a recent study from the World Economic Forum showing that 80 percent of Millennials put mission ahead of compensation when deciding where to apply for jobs.

Meanwhile, Ulrich expressed regret that he didn’t pursue an opportunity to invest in Warby Parker when Blumenthal, while still in school, discussed the idea with him.

“Twenty to 30 students come to my office with business plans every year,” he said. “I loved Neil’s plan.…He’s the one of them who didn’t ask for any money and I deeply regret that.”

The program is scheduled to air at 12 p.m. on Monday on Business Radio Powered by The Wharton School, channel 111 on SiriusXM.