What I Learned From Bud: Friends and Former Colleagues Describe His Lasting Influence on Their Lives

Konheim is remembered as a mentor, a forward thinker and the ultimate raconteur.

The business partners in their Seventh Avenue showroom.

Like his father Albert before him, Nicole Miller’s former chief executive officer Bud Konheim spent more than 50 years in the apparel industry.

As a fourth-generation apparel producer, the younger Konheim’s view of the ever-changing Garment District was epic. After serving in the U.S. Marines, Konheim used a certain level of stewardship and tactility in dealing with the day-to-day dealings of the sprawling fashion business. Always taking the long view, regardless of whatever minor victory or major hassle was at hand, Konheim saw discussion and debate as essential to trying to find any resolution.

In the days since Konheim died last Saturday at the age of 84, many who had worked with or who had befriended him through the years shared favorite Bud-isms and other takeaways from their time together. Voracious about the fashion industry and life, Konheim influenced many lives along the way.

WWD caught up with some of his former staffers and close friends about what they learned from Konheim.

There is a Henry Kissinger quote that says, “The task of a leader is to get people from where they are to where they have not been.” That was what Bud was all about. He really encouraged us and inspired us to reach our potential. You wanted to please him in an odd way like a child wants to please a parent. But we were self-motivated and had the work ethic that he had. He and I would meet at 7 a.m. before anyone was at the office. I was very anal and still am. He would eat his muffin on a chair and I would watch the crumbs hitting the carpet. He knew it was getting under my skin. It was almost like he always wanted me to get out of my comfort zone. He used to tease me and say I wrapped my children in plastic, because I didn’t want them to get dirty.

There were so many highs and lows but there were so many exciting things. I was in charge of the entire silk business, when we had the fluke of selling The Met Opera ticket [printed] tie. That exploded into a very healthy business at Saks Fifth Avenue and at Bloomingdale’s. We expanded into bowties, boxer shorts and other categories. It was before licensing really became a thing. When the artists and designers were creating these conversational prints, they were including products of everyday life that we really had no right using, whether it was an M&M’s packet or a bottle of Listerine. That exploded into an opportunity to sell to the corporations directly. Nabisco came back so many times to reorder their products. We had the vineyards, liquor companies and even Veuve Clicquot. I would get these orders that were much bigger than a department store would ever give you. I would run into Bud’s office, pretending to throw him a pass and telling him to go back — way back. The further back I told him to go meant the larger the order was. We had a lot of fun. It was professional, but it was also personal. He made you want to go to work every day. It was a place that you wanted to be and to work hard. 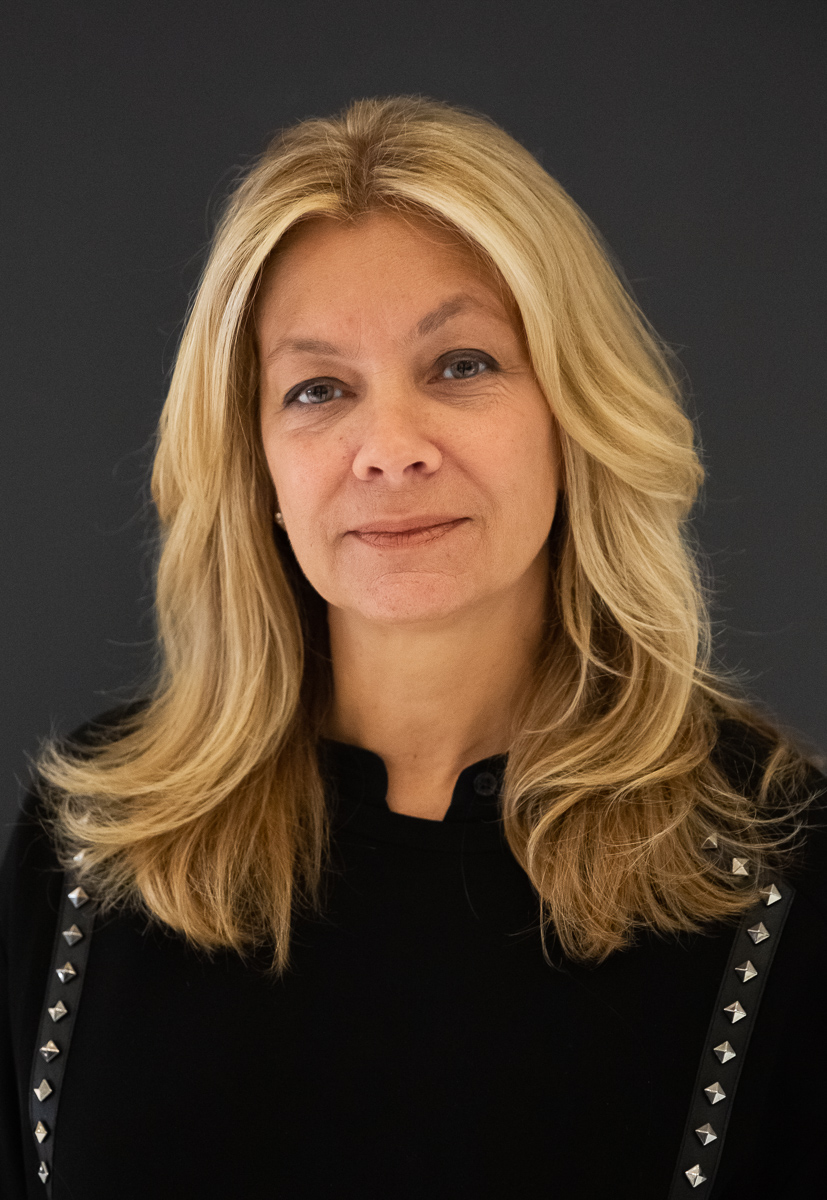 I am thankful for Bud for taking a chance and hiring me to run his public relations department over 20 years ago. I was a young account executive at a small public relations agency and eager to work at a fashion brand. He hired me on the spot and it changed the trajectory of my career. Every day with Bud was like “fashion boot camp,” as he imparted his industry knowledge — a mix of hindsight and keen foreshadowing — to everyone around him. We all listened intently, and to this day I can actually still hear his voice and views about everything from hemlines to advertising. His colorful signature bowties, quick wit and vibrant personality will definitely be missed. 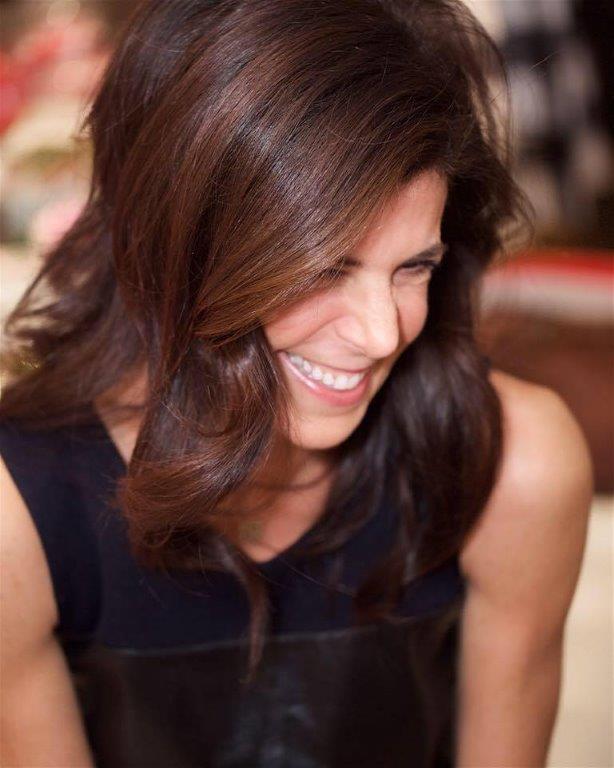 Shari Smith, former intern and full-time employee at Nicole Miller who is now vice president of licensing at Timmy Hilfiger

I have known Bud since I was 12 years old. I was their first official intern at 16. He offered me a job in PR, when I graduated [from college]. But he called me halfway through the first semester of my senior year at Michigan, and told me that I would now be doing licensing. I literally had no idea what that meant, but 22 years later I am still doing it, albeit now for Tommy Hilfiger. If it weren’t for Bud, I would definitely not be where I am today. In showroom meetings with accounts, they would say the dresses weren’t performing. Bud would say, “What do you want them to do, sing and dance?” His theory on whether or not you were an asset to the company was the hit-by-the-bus theory. If you got hit by one, would he need to replace you, could he replace you? 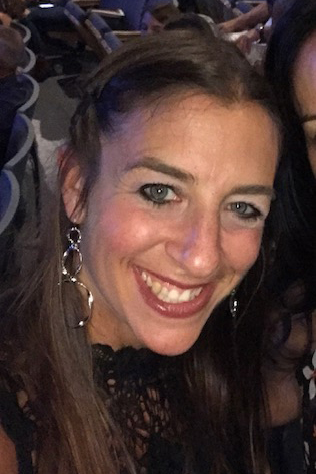 Most people’s view of Bud was that he was brash. He was the master of the one-liner, before even the media understood it. However, beneath this quick-fire repartee there was an extremely well-read intellectual. He was a consummate and exhaustive reader who would delve into any subject, particularly if it related to American history. This enabled him to apply this analytical approach to his industry — both from a creative aspect, as far as art and design were concerned, but also viewing forthcoming shifts and patterns in society that would enable him to predict the changing horizons in retail. What I learned from Bud was to read and absorb as much as you could, synthesize it and produce original thoughts and concepts, based on the foundation of your own imagination. Armed with that tool, what could possibly go wrong? 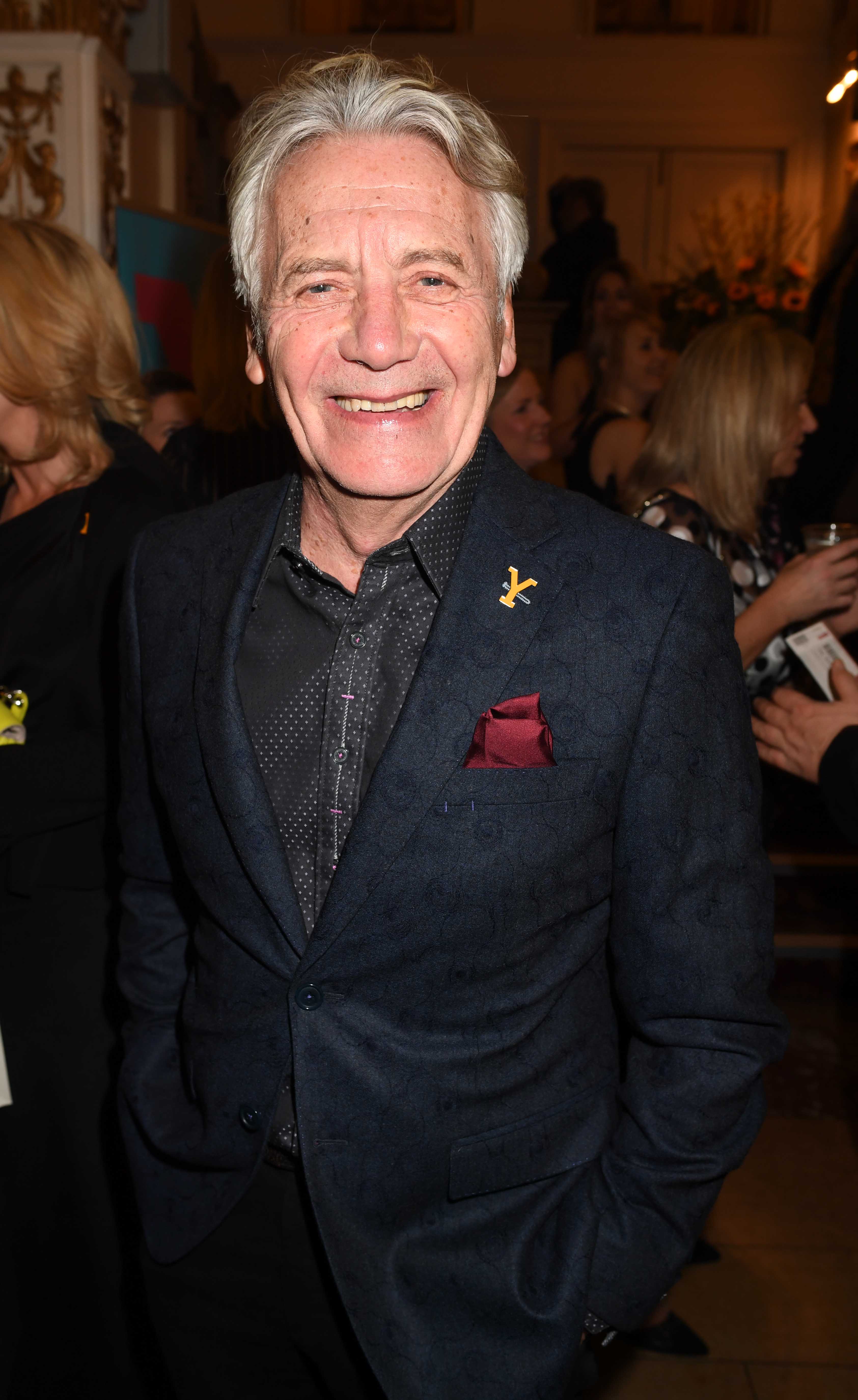 I already knew that honesty is always the best policy. But the thing that I learned from Bud was the whole idea of fearlessness. Bud was just not scared of the establishment. There were two people in the industry like this — Bud and Allen Questrom. They were fearless. In the garment industry, there is a lot of wheeling and dealing. It can be very loosey-goosey and Bud had a sterling reputation. You get a reputation because you are honest and fearless. He said, “No, I’m not paying markdown money.” Obviously, you could only be in that position if you had a brand that people really cared about. His attitude was that the truth was really important. I also learned from him the importance of taking phone calls from everybody all the time. With most fashion companies, especially as they get bigger, you have to go through a phalanx of PR people. Nobody wants to come to the phone. Everything has to be, “Can-you-send-it-to-us-in-writing? We need to have the questions.” Bud never did that. He took everybody’s phone call. He got great press as a result. [They had a company that was successful…] He talked about his warts, too. Everything didn’t work out perfectly all the time, and he did not sugarcoat these things…It wasn’t like he was an operator either. He liked people and he liked talking to people. Also, when you talk to reporters, you learn stuff. He told me he learned so much just by being able to be open, to listen and to talk to people. 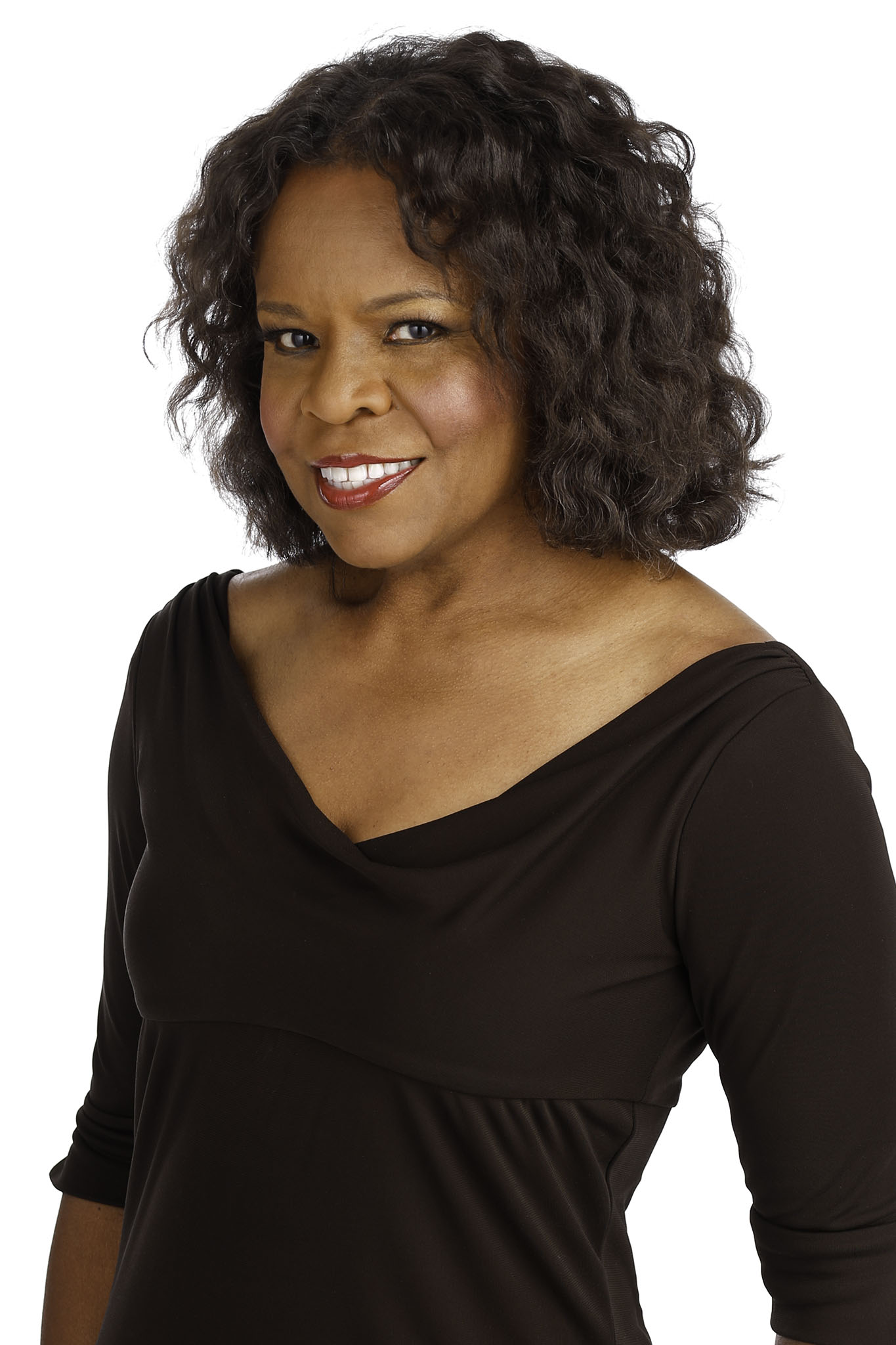 Even though Bud sometimes railed against meetings publicly, he actually wanted us to spend a lot of our time in them. He liked to take appointments with anyone who asked — most often people who were selling things, even when we had no budget. Bud loved knowing everyone and holding forth with his latest stories and theories.

From the day Colleen [Konheim] introduced me to him more than a decade ago, Bud and I became fast friends, especially because of our shared interest in military history. Getting an e-mail from Bud was always a gift, and usually a very thoughtful one. He might send an article with a new perspective on WWI or tell me he’d left a book about Bedouin culture on my doorstep that we needed to discuss some time. I’ve saved many of his observations about the military, politics, fashion, and the world-at-large, because they contained wisdom beyond the particular moment in time on which he sent it. At one point, Bud and I had a lengthy e-mail exchange with a young Nicole Miller staffer he was mentoring about what makes a successful leader. At the heart of his definition of a leader was a person who could inspire teamwork. It sounds like the essence of Bud’s own leadership style: “The successful completion of the mission is key. Everyone on the team contributes, everyone on the team gets credit. As a leader, you need to make that principle clear.” 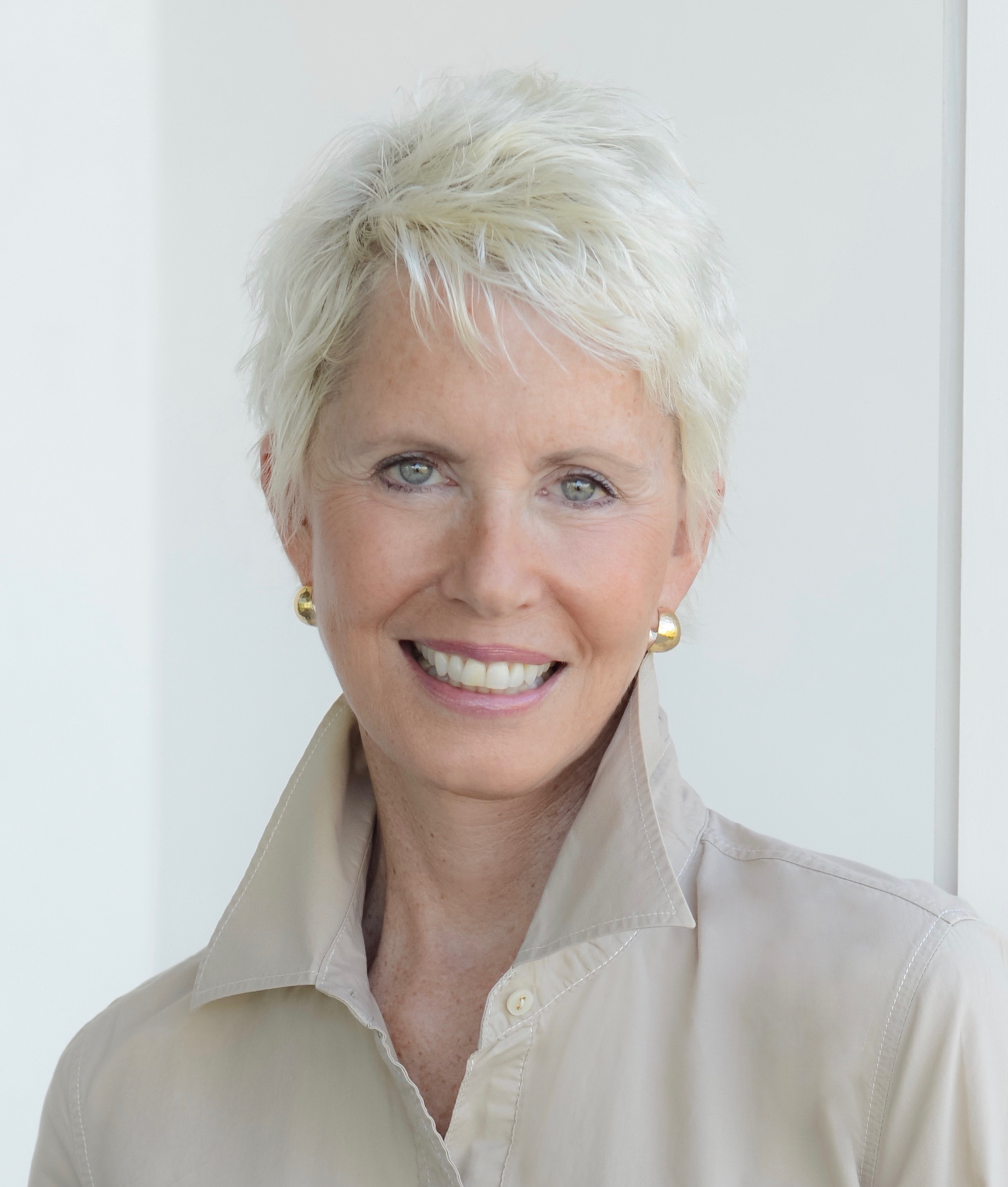