Despite failures, with the speed of China, it won't be long for a luxury conglomerate to emerge from the world's largest luxury market.

A look from the Lanvin 130th anniversary capsule.

The past year has been disastrous for Chinese investors, but the setbacks have done little to quell their appetite for acquisitions.

Gangtai Group had to sell Buccellati back to Compagnie Financière Richemont after failing to fulfill the promises it made when it bought the brand. SMCP’s owner Shandong Ruyi struggled with severe debts, and was forced to accept a $495 million investment from a state-owned company.

The textiles and clothing giant also failed to seal its deal to buy Bally, and had to cut back at Cerruti and its other Western brands.

The Chinese government’s tighter rules on overseas investments, the trade war with the U.S., and the devalued renminbi have all staunched the flow of capital from the country, while Chinese managers have struggled to run the luxury businesses they’ve acquired.

Despite the setbacks, and looking ahead to 2020, Chinese fashion companies and investors are still very ambitious, because they need to achieve growth via acquisitions.

In addition, international brands with storied histories and fashion desirability will continue to be desirable targets, according to Ruisun Shi, founder of IBIC, a Chinese company that specializes in international fashion brand investment and management, for companies with a minimum annual turnover of 150 million renminbi, or $22.36 million at current exchange. His clients include JNBY, EPO Group, Peacebird, Dazzle, Anta, Ellassay and more.

Most of the top, publicly traded Chinese fashion and apparel companies achieved the scale they have today by dominating sales channels in different tiers of Chinese cities, and there is not enough space for growth with their current portfolios.

That is why Anta acquired Fila and paid 4.6 billion euros to acquire Finland’s Amer Sports, while Ellassay bought the Chinese businesses of Ed Hardy, Vivienne Tam and Self-Portrait,  aiming to replicate their success with brands that operate in the same category.

Joann Cheng, chairman of Fosun Fashion Group, said it will “bring a comprehensive set of operational experience spanning across retail and digital in fashion,” and “allow us to maximize control over brands’ performance in our own backyard, enabling us to create incremental value for brands outside of their home markets.” 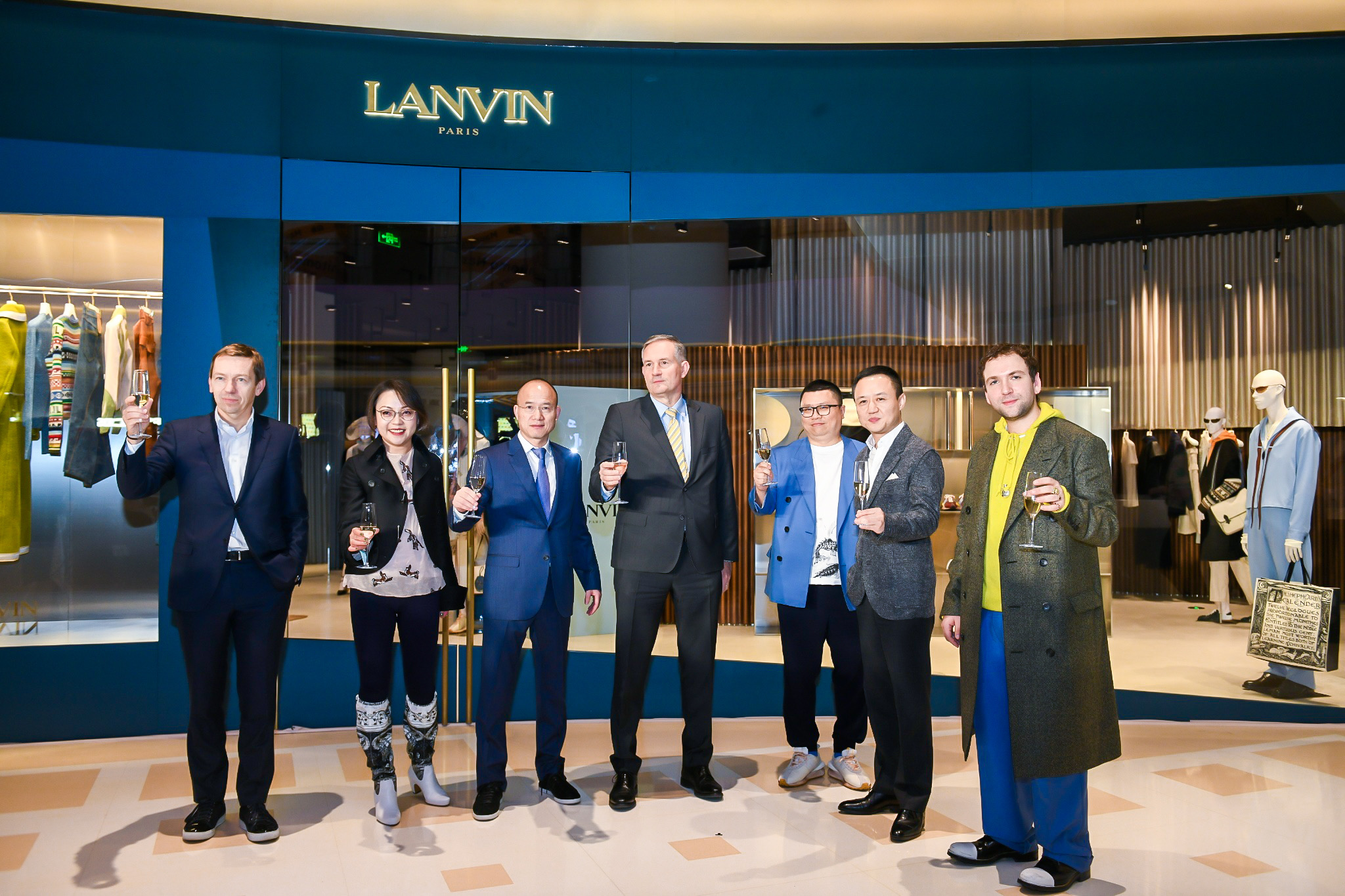 Fosun threw a major retrospective for Lanvin in Shanghai last December and presented 75 pieces from the famed French fashion house’s archives, dating from the brand’s founding in 1889 to the present day to mark the opening of the Lanvin Shanghai flagship.

Although some, including Pascal Martin at OC&C Strategy Consultants, believe Chinese firms are better positioned right now to work with brands that sit outside of luxury, that will change in the luxury-hungry market.

According to Altagamma, the Italian luxury fashion association, the Chinese consumer generated about 90 percent of the growth in the luxury market. Bernstein Research said in a report last month the macroeconomic background in China is improving, with regard to international trade disputes, while there are signs of a more accommodating monetary and credit policy in the country.

“These developments could extend a positive demand environment for luxury goods, at least for the moment,” the report said.

Given the speed of change in China, which took four decades to achieve the level of urbanization that Europe developed over 200 years, it might not be too long before a luxury conglomerate to rival LVMH Moët Hennessy Louis Vuitton or Kering emerges from the world’s largest luxury market.