White House Pushes ‘Made in USA’

The Obama administration has placed the fashion industry squarely in the middle of its initiative to bring manufacturing jobs back to the U.S. 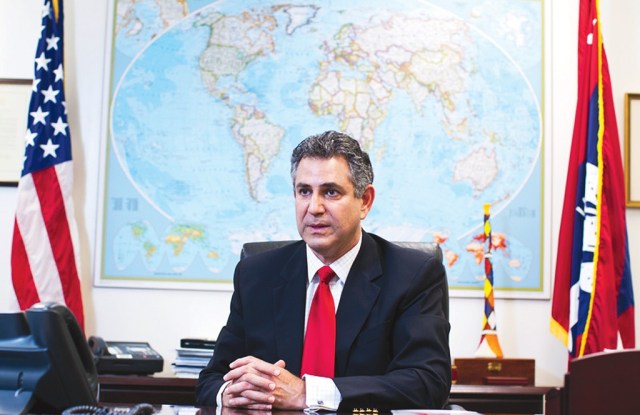 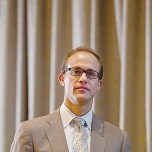 The Obama administration has placed the fashion industry squarely in the middle of its initiative to bring manufacturing jobs back to the U.S.

The push is part of a Made in America campaign being promoted by U.S. trade officials from coast to coast.

On Monday, the Los Angeles apparel industry received a primer on how to proliferate the Made in the USA label worldwide on the first official visit there by Deputy U.S. Trade Representative Demetrios Marantis. His two-day trip to Los Angeles, where he toured apparel manufacturing facilities run by women’s contemporary brand Karen Kane and denim manufacturers New Fashion and Blue River Denim, and held a roundtable with apparel executives, was the most recent stop in a series of targeted visits by U.S. trade officials to various sectors of the fashion design, apparel and textile manufacturing industries.

Francisco Sánchez, undersecretary for international trade at the Commerce Department, made a three-day sojourn to North Carolina at the end of January to promote exports and textile manufacturing. He followed this with a trip in March to New York, where he toured Ralph Lauren’s headquarters and staged a roundtable, joined by Kim Glas, deputy assistant secretary for textiles and apparel, with major fashion firms and retailers, discussing key issues ranging from trade to manufacturing. Later that month, Sanchez addressed an American Apparel & Footwear Association’s sourcing and logistics conference in New Orleans, while Marantis spoke at the AAFA’s executive summit last month, addressing several hot button issues.

The new focus on the fashion industry is part of the Obama administration’s initiative to boost U.S. manufacturing and meet its goal in the National Export Initiative to double exports by the end of 2014. U.S. apparel and textile exports to the world grew 13.7 percent to $22.4 billion in 2011 compared to 2010, according to Commerce’s Office of Textiles & Apparel. Of the $22.4 billion in exports, textile exports grew 13.8 percent to $17.3 billion, while apparel exports grew 13.3 percent to $5.1 billion.

“I have been paying a lot of attention to this sector because it is an important sector,” Sánchez said in an interview. “Collectively, including the cotton growers, it represents more than 600,000 jobs here in the U.S. And so it is an important source of employment and I want to make sure that I am giving it appropriate attention.”

Sánchez said Commerce is planning to build on the success of its Sourcing in the Americas focus at the MAGIC show last August.

“We are going to build on that success and return to the 2012 MAGIC show with another Americas pavilion that can highlight Made in America products,” he said. “The Made in America brand is very strong, so we’re going to continue with the industry to take maximum advantage of the demand that’s out there.”

Los Angeles is a key potential growth area for exports, Marantis said in an interview.

He said the city’s apparel industry not only plays a significant role in creating jobs in the U.S., but he also sees big opportunities in foreign markets, particularly the Asia-Pacific region.

“Ninety-five percent of the world’s consumers live outside of the United States,” Marantis said. “We can grow demand here, but most of the demand and most of the product that we’re going to be able to sell going forward is going to be outside of the United States. And…there is an opportunity for the high-fashion products that are produced here in L.A. for consumers around the world, particularly in the Asia-Pacific [region], which is the fastest growing region in the world.”

In the roundtable discussion with Los Angeles apparel executives, Marantis fielded issues that concern the industry. Though the roundtable was closed to the press, some attendees said the discussion ranged from intellectual property protection and counterfeits to yarn-forward provisions in trade agreements. Attendees included representatives from the Port of Los Angeles as well as the company Ice Time Apparel.

At one point, according to an attendee, the mood became emotional as the owner of a contract factory shared his story about being one of the few such businesses left in Los Angeles following the mass migration of production abroad.

Marantis would beg to differ. Following the March 15 enactment of the free trade agreement between the U.S. and South Korea, Marantis said U.S. exports will receive a boost of more than $10 billion annually, which will support at least 70,000 new American jobs. He noted that the NEI, launched by President Obama in 2009, is tracking 19 percent ahead of goals.

To help boost trade, USTR is negotiating trade agreements such as the Trans-Pacific Partnership, a regional pact that involves nine countries including the U.S., Australia, Chile and Vietnam, and interests nations like Japan, Mexico and Canada that also want to join. Marantis said the TPP includes provisions that could benefit small and medium-size businesses in Los Angeles by providing technical assistance and help in navigating foreign customs procedures. It also will try to implement provisions that prevent state-owned enterprises from holding an advantage over private-sector competitors through the use of noncommercial financing and relaxed intellectual property enforcement.

“When we get this TPP/Trans-Pacific Partnership agreement done, you have a new regional market that’s never existed before,” he said, adding that the aim is to present the TPP to Congress next year.

As the second-largest exporter in the U.S. behind Texas, California stands much to gain for its products, including apparel, agriculture and entertainment.

“The export opportunities are just boundless,” he said.