The country’s industry associations warn of a wave of insolvencies within a month, if they don’t get more financial aid.

Stores in Germany have been closed since mid-March.

This week, the German government agreed on a pandemic rescue package of financial measures worth around 1.2 trillion euros.

Small businesses with fewer than 10 employees can access funds almost immediately. Larger firms with 250 or more staff and over 50 million euros in revenue will be able to tap into government-sponsored credit lines. Even larger companies may be bailed out by federal loans and become partially state-owned.

But representatives from German apparel manufacturing and fashion retailing contend there’s still a big problem. Medium-sized enterprises, which make up about a sixth of German fashion retailers, are going to fall through the cracks, a spokesperson from BTE, the German textile and clothing retail association, told WWD. They’re too big to access the direct credit offered to smaller stores, and too small to get the help for larger entities, he warned.

“If you are a medium-sized business with 50 staff, getting 50,000 euros won’t help you for very long,” he said. “We need effective protection for the whole branch.”

All non-essential businesses in Germany have been closed since mid-March — that includes tens of thousands of apparel stores. Only the likes of grocery stores, chemists and gas stations have stayed open. As a result, fashion retailers’ revenues have decreased by between 40 and 50 percent compared to March last year. Germany’s retail trade association HDE calculated that retailers of all kinds, including fashion stores, were losing around 7 billion euros a week during the ongoing shutdown.

“If the shops are not open again by, at the latest, May, then we fear an unprecedented wave of insolvencies, particularly from medium-sized retailers and suppliers,” BTE and GermanFashion, an industry association that represents clothing manufacturers, said in a joint statement.

Online sales have continued but even these have fallen off. Google searches for online fashion retailers fell by a third in March, analysis by online marketing company Searchmetrics noted. Only Amazon is benefiting — the U.S. giant is recruiting 350 more staff around the country, due to high demand in Germany.

Yes, everybody’s suffering, a spokesperson from GermanFashion told WWD. But the fashion retail sector is suffering more at the moment because they’re customer-facing, she explained. Manufacturers will soon join them though, the spokesperson added.

There are also suspicions that other industries — such as automotive, engineering and aerospace — that are seen as contributing more to Germany’s export-driven GDP will be at the front of the line for government handouts. As a result, the German apparel industry is looking at any and all options to stay in business.

A group of 30 German brands, which make up over half of the country’s retail revenue in this sector, is already pushing for a more easily accessible 850-million-euro line of credit from the government. This offers security for long-term planning, managers from companies like Marc O’Polo, Falke, Betty Barclay and S.Oliver argued.

And it would mean companies have enough liquidity to pay for deliveries between July and November. Nor would they immediately have to sell inventory off at a heavy discount, when stores eventually reopen. Sales are already starting here: Researchers at the Deutsche Mode Institut noted that, even during the second week of this month, the proportion of price-reduced items had risen by 29 percent compared to last March.

As it is elsewhere, one of the biggest problems in the German sector is what to do with fashion product ordered six months ago. Fashion is a “perishable product,” BTE head Steffen Jost told local media. 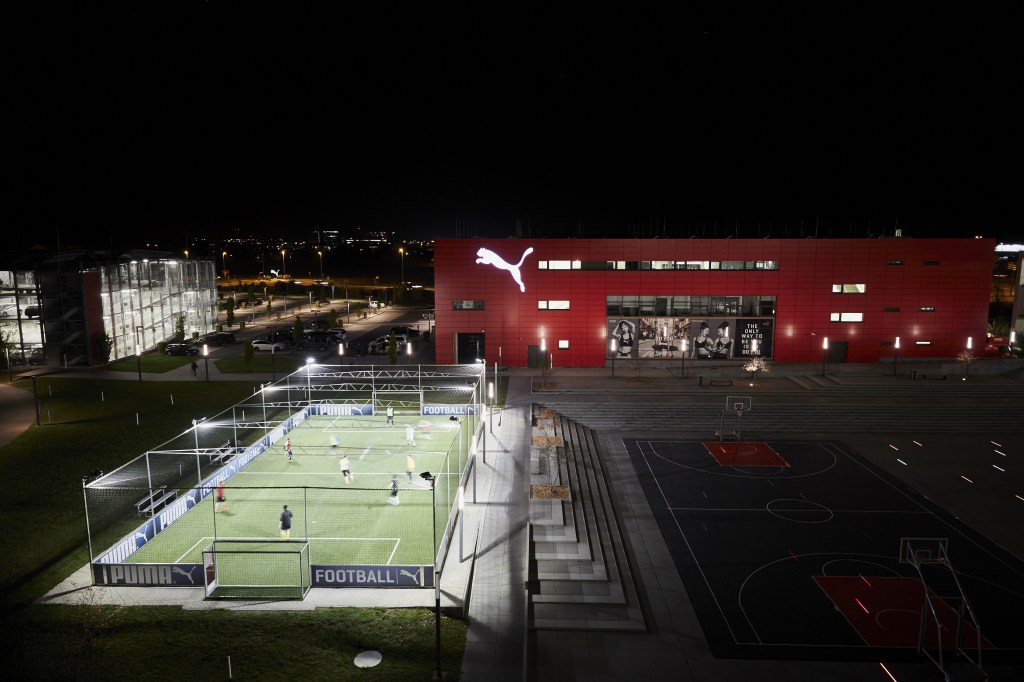 The sportswear company has asked the government to top up wages and the ceo is foregoing his salary for now.  Robert Ashcroft/ Puma

Where possible, orders are being canceled. That is often not feasible, so some managers have been talking to trading partners, discussing how best to share losses. Negotiations between retailers and landlords over rent reductions are ongoing. For smaller businesses, a new federal rule says they cannot be evicted during this crisis.

The German unemployment office is also offering funding for what is known as “kurzarbeit,” or short-time work. A business (or its employee) can apply for this money, when working hours must be reduced due to, for example, closures or supply chain shortages. The business pays the employee less money for working fewer hours, but the German government tops up the rest — up to 67 percent — of the previously, existing salary. This financial device is meant to save jobs and costs in difficult times; it was last used to good effect during the 2008 financial crisis.

German sportswear brand, Puma, has already applied for “kurzarbeit” on behalf of 1,400 staff. For the next three weeks, Puma workers will work half of their normal hours but receive all of their wages, the company said.

Industry organizations like the BTE and GermanFashion are also pushing local authorities for tax breaks, lower social welfare contributions and relaxed trading rules. “We really hope that in four weeks we can open again,” the BTE’s spokesperson told WWD, “and that maybe we can catch up a little, perhaps with longer opening hours or Sunday trading.”