New York missed the worst of winter storm Juno, which largely passed over the city to pile snow onto New England. 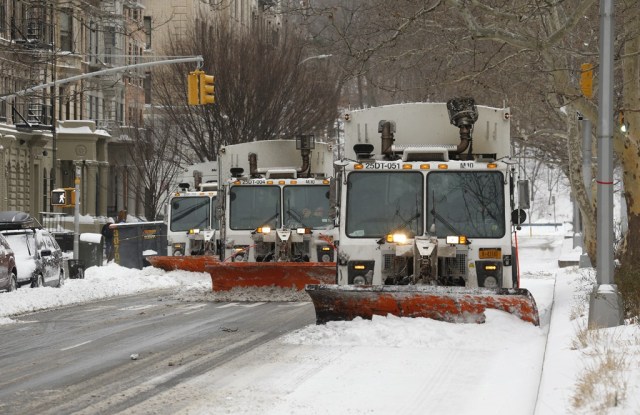 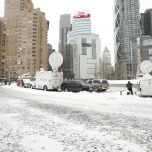 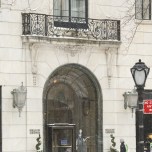 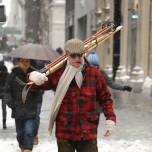 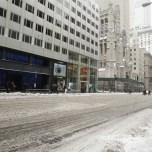 In the aftermath of the East Coast’s biggest storm of the winter, retailers and apparel firms let off a collective sigh of relief on Tuesday.

Winter storm Juno did force thousands of stores, as well as scores of apparel firms, to stay closed Tuesday. Yet executives and analysts downplayed business losses, indicating that a midweek in late January is not a big period for revenues or promotions, and that January is one of, if not the smallest volume months of the year. Apparel executives noted that the last week in January is not a market period.

New England was hit much harder by Juno than New York and blizzard warnings were still in effect midday Tuesday. Long Island was also hit hard, but the heaviest snowfall was seen in Connecticut and Massachusetts, which had two to three feet of accumulation in some areas, or about three times as much as Central Park. Boston was virtually shut down Tuesday.

“The storm kills the day for retailers in New York City because many people are still afraid to venture out,” said Walter Loeb of Loeb Associates. “It will continue to be difficult for retailers in Boston, where they are getting much more snow and in Portland, Maine, which is getting the brunt of the storm. The effect will be felt for several more days. Even Washington, D.C., will feel the effect because, even though it didn’t get much snow, there’s lots of ice and that will make it difficult for people to get around.”

“The economic impact to the retail industry will be about $500 million. Most of that was done last night [Monday] and with a lot of people staying home [Tuesday],” said Evan Gold, senior vice president of Planalytics, which helps retailers plan their businesses based on weather forecasts. “Regardless of what actually happened, the media, and especially, social media played into it. The media had a lot to do with [perceptions] of the event, which came in below the severity of the forecasts. There were wildly differing estimates of snow. The good news is that this is a slow week. Retailers are doing physical inventory to get ready for the spring merchandise arriving next week.”

Do-it-yourself and home-improvement retailers, like The Home Depot and Lowe’s, and stores with cold-weather equipment, like Sears and Costco, saw a surge in business before the storm and could see another if people decide to prepare for the next storm or to make home repairs.

Coming at the end of the fourth quarter, the storm is not expected to change the overall narrative for retail this season, which has been driven by a promotional environment, decent sales and relatively tight inventory controls. “Strong [fourth-quarter] inventory controls have led to solid gross margins,” said Oliver Chen, a retail analyst at Cowen & Co. “So the holiday season as a whole turned out pretty good because generally the weather has been favorable.”

Even so, Chen forecast the storm would cut fourth-quarter sales by 0.4 percent on average, but January is not the critical month of the fourth quarter, he added. “We had retailers who had very good inventory control during this holiday season, so it’s a small impact relative to the big story.”

Chen said American Eagle Outfitters, Urban Outfitters, The TJX Cos., Ascena Retail Group and Kohl’s would be among those retailers hardest hit by the storm, given their concentrated presence in the Northeast.

BB&T analyst Corinna Freedman said, “Last year, the weather didn’t break until very late in the season” causing some purchases to be delayed. “People were not going to be in that situation this year,” she said. “That’s why we saw outerwear and boots sell early in November.”

For apparel vendors, it’s fortunate this is not a market week. Next week is. Some fashion companies such as Elie Tahari were open Tuesday and well staffed; others decided to remain closed. Donna Karan, Tommy Hilfiger, Calvin Klein, Ralph Lauren, Michael Kors, Eileen Fisher, Nanette Lepore and Gant were among those closed Tuesday and expected to reopen today. Kenneth Cole’s offices opened at 11 a.m., though associates were encouraged to work from home if needed. Tahari’s Manhattan stores were open but the East Hampton store was closed. IMG, which is getting ready for Mercedes-Benz Fashion Week next month, was also closed Tuesday and planned to reopen today.

Lucas McDonald, senior manager of the emergency management center at Wal-Mart, said the retailer closed about 50 stores Monday night, the vast majority of which were reopened by Tuesday afternoon. The center, which was established in 2004 right before Hurricane Katrina, pulls together key resources and key associates in emergencies to deal with transportation, logistical and merchandising issues. With Juno, “The damage will be minimal and we’ll get back to selling merchandise.”

On Tuesday, Macy’s Inc. had 112 stores in the Northeast impacted by the storm, with either delayed openings or not opening at all. Jim Sluzewski, senior vice president of corporate communications, said, “The time at which a store reopens depends largely on the ability of our associates to get to work. In a few cases, we reopened at 11 a.m. [Tuesday]. There are some with noon or 1 p.m. openings, but many with opening times that are yet to be determined. Of the 112, we expect about 50 to be closed all day. Most of those are in New England, but a few are on Long Island.” Macy’s Herald Square and Bloomingdale’s 59th Street flagships opened at 11 a.m. Tuesday after closing early Monday. Macy’s Herald Square offices were open on Tuesday but workers who were unable to make it in were excused.

About 80 Target stores across Massachusetts, New Hampshire, New York and Rhode Island were impacted by the storm, with about half still closed as of 11 a.m. Tuesday.

Taubman Centers kept its two Connecticut malls — Westfarms in Farmington, and Stamford Town Center in Stamford — closed on Tuesday. Taubman’s Mall at Short Hills in New Jersey opened at noon, but Nordstrom there decided to stay closed for the day. Eastern Connecticut experienced 12 to 24 inches of snow.

Westfield Garden State Plaza shifted gears, first announcing it would be closed Tuesday then reassessing and announcing that Macy’s, AMC Theaters, Capital Grille, Grand Luxe Cafe and other restaurants were open. It also said that Best Buy would open at noon and remain open until 9:30 p.m.

At Brooks Brothers, “Our factories in Long Island City and Southwick in Haverhill, Massachusetts, as well as our distribution center in Connecticut closed early [Monday] and are closed [Tuesday],” said Kathryn Knight Wise, regional vice president, Northeast. “Stores in New England and on Long Island are closed, as are some of our New York City stores. Our Madison Avenue flagship and corporate office are both scheduled to open [Tuesday] at noon. We monitored the weather forecasts throughout the day and night and followed the direction of local authorities. In these situations the safety and well being of our associates is always our top priority.”

Many apparel and retail companies were shut down Tuesday and expected to reopen today, including Gant’s New York offices, as well as Donna Karan International, which closed its offices at 4 p.m. on Monday and stayed closed Tuesday.

Talbots shut its three New York City stores Tuesday, and Juno disrupted the company’s store operations in 100 locations from Washington, D.C., to Portland, Maine. The majority of Talbots stores in the Mid-Atlantic experienced late openings and most of New England stores were closed Tuesday, a company spokeswoman said.

Manhattan streets were very quiet all day, and stores saw minimal traffic. Concerns about icing on the roads and temporary shutdowns and delays of public transportation kept many people from coming to work.

At Eileen Fisher, a store manager who declined to give his name was hopeful traffic would pick up. “There are always people in this mall. It’s a refuge from the storm,” he said. “Bad weather is good for business. When it rains, people flood in here.”

Visiting New York from Stockholm, Lag Lanner and his son were disappointed to find Urban Outfitters on Fifth Avenue closed. “The stores being closed is a big deal. This would never happen in Sweden,” Lanner said.

Aritzia, one of the few stores open in midtown on Fifth Avenue, saw a decent amount of sales for parka, sweaters and scarves. “People are shopping. It doesn’t seem to have impacted sales,” said a sales associate who asked not to be identified. By Tuesday afternoon, most neighboring Fifth Avenue stores, including Topshop and H&M, were also open.