The outgoing president of the Women’s Jewelry Association talked about the organization's role in the advancement of women in the jewelry industry. 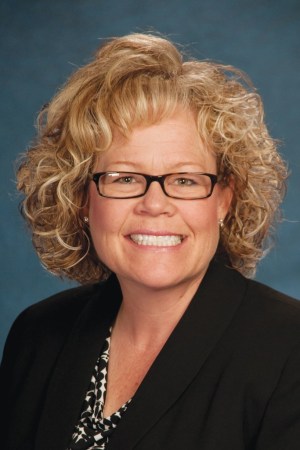 Tryna Kochanek’s mission has been as clear and sharp as a perfect diamond.

Over the course of her three-decade career, Kochanek, who is the outgoing president of the Women’s Jewelry Association, has devoted many years to cultivating a network to help women in business. At WJA, Kochanek traded on her retail experience to mentor female designers and independent jewelers on the financial side of the business.

A current senior vice president of field operations and repair at Sterling Jewelers, the American arm of the British giant Signet Jewelers Ltd., Kochanek pointed out that one of the biggest problems she encounters in dealing with new companies is a lack of a well-developed business and marketing strategy.

“A really solid business plan is very important,” Kochanek said. “Some designers come in with a very limited understanding of business or how to grass-roots advertise without a lot of money.”

According to the exec, that’s where she comes in.

“WJA is an organization that’s about relationships,” she noted. “When I’m coaching someone, whether it’s a new designer or an independent jeweler, I mentor her on how to enter the business.”

That know-how was picked up from her time at Sterling, she said, explaining that when she began her career, there was only a “handful” of female managers.

Today, Sterling has about 18,000 employees on the retail side, 16,000 of which ultimately report to Kochanek. Of that group, 73 percent are female.

“The jewelry industry wasn’t that diverse before,” she said, adding that at the firm’s headquarters, the ratio of male to female workers is “close to an even split.”

“I’ve had very good male and female managers,” Kochanek said, referring to her own rise to the top. “At Sterling, we have strong core values: You’ve got to treat people right. If you always hire the brightest and the best and teach them, train them, mentor them, the best people go to the top.”

Taking her firm’s mantra of promotion from within with her, she joined WJA in 2000. Over time, she realized that she could play a larger role in the organization.

“At that time, I had 28 years of experience helping women move forward. With that experience, I probably could aid in advancing the organization.”

Four years ago, Kochanek was elected president, and it was her mandate to financially restructure WJA and put it in a “healthy position.” She accomplished that and began expanding the organization internationally in Italy and in India.

Kochanek, who cedes the title of president to Andrea Hansen in January, helped grow WJA’s technological cred with a new Web site and a social media presence. Most recently, as president, Kochanek also hired Teresa Stohs as executive director, who will, among other things, spearhead fund-raising initiatives for the group.

Like many companies in the jewelry industry, WJA has to evolve with the times in order to grow, she said.

Many brands have lost their relevance because they haven’t “kept up,” from either a “technological standpoint or a product standpoint,” the president noted.

And even though Kochanek admitted that there has been much progress for women since she began her own career, she still underscores the importance of organizations like WJA.

“I just think that we have got to step back and say, ‘How many female ceo’s are there today?’” she said. “I haven’t ever tallied that up, but directionally, that’s a way WJA can help women.”