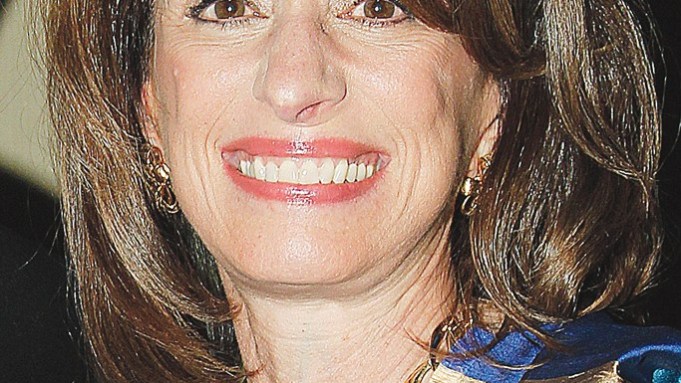 Women shoppers make more than 80 percent of the purchase decisions in fashion — yet only a fraction of the corporate decisions.

The modern Women’s Lib movement is about to turn 50, and while women are outpacing men in higher education and taking on more prominent roles in politics, only 1.7 percent of the retailers in the Fortune 500 are led by female chief executive officers, according to Catalyst research. That is less than half the average of 3.8 percent for all Fortune 500 companies.

A WWD examination of 38 prominent and publicly traded companies in the fashion, retail and beauty worlds found only five women ceo’s, or 13.2 percent.

The imbalance seems to be the product of both a lingering sexism in the corporate sphere and circumstance as women strive for a work-life balance. The old boys’ club isn’t what it was, but it is still mostly men deciding who gets the keys to the corner office. And companies are slow to identify women as rising stars and get them the experience they need to take on bigger jobs.

“Can women ascend even further and can we have more women at the ceo level and in other leadership roles in society? The answer is yes,” said Anna Marie Valerio, president of Executive Leadership Strategies, who has written about women leaders. “More women are getting themselves prepared. They have been getting themselves prepared since the Eighties. It becomes more a question of what else has to change.”

Valerio said women need to get more “stretch” assignments that give them a management role and profit and loss responsibilities, as well as a chance to interact with customers and gain international experience.

“One of the issues for women and for their bosses really is to help women develop broader networks,” she said. “Networks of people who can help them understand how the whole [organization] works.”

Several leading females in the fashion world said women sometimes limit their own careers by not shooting high enough.

“Women need to start taking a stand and not being scared,” said Tory Burch, ceo of Tory Burch LLC. “The word ‘ambition’ should not be a four-letter word. It’s something I think women should embrace. There’s been something of a stigma to that word.”

It’s a double bind: women get labeled as too abrasive if they assert themselves or as not having the right stuff to make it at the top if they don’t.

The conundrum is far from the only thing holding women back.

“It’s not this overt sexual harassment or discrimination anymore,” said Jan Combopiano, vice president and chief knowledge officer at Catalyst. “But the underlying system that’s in place, people have been definitely inattentive to fixing that system. It’s really going to take champions, people who are willing to put themselves out there and say the system isn’t working.”

So even women with the drive to excel in the corporate setting are going to need some help from without to correct the c-suite imbalance.

“The only way it’s going to change is if the people at the top say, ‘We’re going to make a change,’” said Mindy Grossman, ceo of multichannel retailer HSN Inc. “If you don’t have senior women at the top and you’re not populating your ranks, if you will, it’s not going to happen by osmosis.”

Grossman said it’s the ceo and the chairman’s responsibility to make sure a company does not only have women in leadership roles, but an executive suite that’s broadly diverse.

Grossman recalled being the only woman at a meeting with 40 people while she worked at Nike Inc., which she praised as generally embracing diversity. “‘Guys, you might want a couple more of me,’ she recalled saying. ‘I don’t speak for all women, I’m giving you one point of view.’”

There are also opportunities for women executives to connect with customers in a way that perhaps men can’t.

“I can certainly appreciate the multiple roles that women have to play these days and that is somewhat different than men,” said Karen Katz, president and ceo of The Neiman Marcus Group Inc.

Female ceo’s might have a leg up in other regards as well.

“I’m a wife, I’m a mother and I’m a ceo and to achieve the ceo [part] I’ve had to juggle a lot of things,” Katz said. “I am a truly better juggler than my male colleagues out there who are ceo’s. By nature, women are better jugglers than men. That I will say definitely.”

But there remain structural issues within companies that prevent women from getting the platform they need to strut their stuff.

Ceo’s are chosen by boards of directors, which are predominantly male. Men are seen as more likely to know, identify with and promote other men. Many companies also want to stock their boards with former ceo’s, limiting the pool of women candidates.

The corporate world and fashion get better marks when it comes to the makeup of boards of directors, though: 17.9 percent of board seats among Fortune 500 retailers are filled by women, versus 16.1 percent overall, Catalyst said. WWD’s study of 38 fashion companies found that 24.5 percent of the directors were women.

Still, Kay Koplovitz, chairman of Fifth & Pacific Cos. Inc., said there’s no good reason women shouldn’t occupy half the board seats in fashion.

“Women have been fairly stalled at about 15 percent of the board seats [in the Fortune 500] for the better part of a decade,” Koplovitz said. “It’s not that we aren’t moving forward [generally]. There’s no real reason that we can’t go faster because women are at the right place in the workforce, they’re in management roles, they’re in technology roles, they have the experience.”

There is some evidence that diversity in the boardroom ultimately falls to the bottom line.

The research shows broad trends, but does not establish cause and effect. Indeed, growing a business requires a certain alchemy that includes any number of factors, including who runs the show.

“The success of any ceo or any company is about the company’s culture, integrity and vision,” said Carol Meyrowitz, ceo of The TJX Cos. Inc. — the largest U.S. fashion company with a woman at the helm with sales of $23.2 billion.

“Whether the ceo is male or female, great performance happens when the team works together to grow the business,” Meyrowitz said. “I have always believed that any job should go to the most qualified person, regardless of other factors.”

“Most publicly traded companies have been making a concerted effort to recruit for diversity,” Hughes said. “Companies ask for documentation that the research has included a diverse candidate pool.”

And the world has become more open to the idea of female leaders, like Secretary of State Hillary Clinton and German chancellor Angela Merkel.

“The globalization of media and access to limitless information has allowed young people to understand that there are choices,” Hughes said.

Still, the workplace dynamic is not the only obstacle women face while climbing the corporate ladder.

Krill established an emergency day-care center at the company. She also tries to lead by example. “I walk the walk here,” she said. “I have not missed one of my children’s plays or concerts.”

Krill acknowledged she had live-in help for her twin boys and that there are very definitely work-life trade-offs for executives.

“I don’t think anybody can have it all,” Krill said. “I think women and men have to focus on what they want to have.”

This concept of having it all — a perhaps magical balance of outsized success in both the corporate and personal spheres — is a recurrent theme when the topic of female ceo’s comes up. Yahoo Inc. ceo Marissa Mayer made her share of headlines when she had her baby boy last month and many thought the attention was unwarranted and unfair given that it’s rarely news when a male ceo becomes a father. Mayer also took the controversial step of taking only 11 days of maternity leave.

Being ceo, though, is a 24-7 job that simply crowds out other parts of one’s life.

“Whether male or female, to rise to the top today, it’s a game of sacrifice, it’s a game of compromise,” said Rose Marie Bravo, former Burberry ceo and a director at Tiffany & Co. and the Estée Lauder Cos. Inc. “First of all, you have to want it so bad. You have to have the passion. And you’re going to give up things along the way, either sex [will], as you devote yourself to, let’s just say, ‘Big Time’ career.”

Bravo said there are more examples of high-profile and successful women and that girls are picking up the skills they need to aspire to reach great heights.

“Women need the support, they also need the tools, they need to know how to play certain games,” Bravo said. “Men have always been better at game play, because you guys have done sports all your lives. You have girls now who are very active in sports. I’m positive that this next generation [of women] will see a big push forward.”

The path forward for the next generation is likely to be a jagged one.

“Even young people still feel sort of confused and have to sort out gender role expectations,” said Kit Yarrow, a consumer psychologist at Golden Gate University who has written about Gen-Y. “They exist so deep in the unconscious and they’re really learned at a time when we’re non-verbal, so it’s not as if we can articulate the confusion sometimes. Our conscious, rational mind does the best it can, but it can’t always compete with the unconscious…expectations we have.”

Each generation seems to make a little more progress, although the statistics show there’s a long way to go before anything like workplace equality is reached.

“Gen-Y women do enter the workforce really confident of their ability to do whatever they want to do,” Yarrow said. “They also don’t have the gender issues that other generations do. They look at men as equals and they expect to be treated equally.”