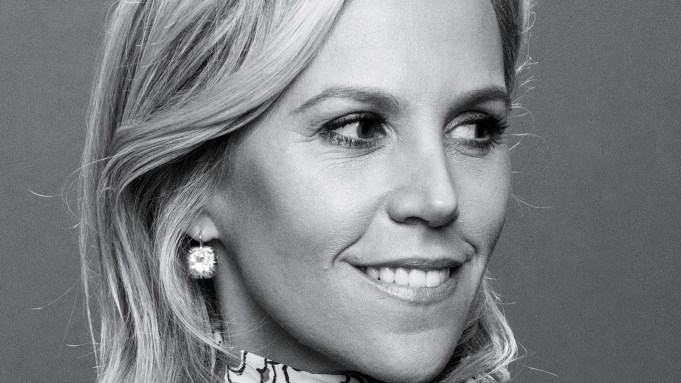 The give-and-take of modern life is lubricated by the ease of Amazon and e-commerce — and the promise of same-day shipping amid a never-ending flood of tweets, pins and posts.

Retailers can no longer afford to just have a store, stock it and hope the marketing dollars drive foot traffic. That distribution model — which lent itself to tired formulas — is arguably broken. And the retailers that have been holding on to its last vestiges are at last letting go.

Fashion is back to building dreams.

To build those dreams, though, brands and stores are looking back to their roots to relearn how to connect with consumers in a more meaningful way, to pull them close and tell them not just what to buy, but why they need it. Why this designer or that look is not only something to wear, but something to be experienced, a manifestation of nothing less than who the consumer is in their heart of hearts.

“Fashion is about emotion,” said Pierpaolo Piccioli, co-creative director of Valentino. “Our job is about delivering an idea of beauty of our time, and our time is about individuality, beauty and emotion for sure. Everybody is looking for emotion. You don’t really need clothes, you need emotions. When we work on a collection, we first try to focus on the message we want to deliver with the collection, then we make the collection. It’s like creating a movie in a way. You want people to leave with a dream in their minds. That’s what fashion is.”

That isn’t what fashion has been, particularly during the rise of the big boxes and the ever-expanding universe of malls, strip centers and outlets.

A wistful-sounding Stanley Marcus told WWD before his 90th birthday in 1995 that: “In retrospect, I think I lived in the golden age of retailing — by pure luck, not through anything I did — when retailing was a personalized business and even in large operations, managers were owners.”

Marcus, known for forging close connections with customers (he loathed the word “consumers”), would have been encouraged to hear Piccioli as well as Fast Retailing’s John Jay, Target’s Brian Cornell, Warby Parker’s Neil Blumenthal and the other top executives at the WWD Apparel and Retail CEO Summit last month. They talked about wresting back control of retail. And their focus over two intense days huddled together in Manhattan was on giving the customer what she wants, however she wants it, with innovation and creativity.

This is the new face of fashion: Old and new at the same time; a solid bid to remain relevant, to keep the tech giants from running away with the show and to mean something real to consumers today — to grab them and stay with them as they grow and change.

Proof that new ideas were needed — and sorely — was illustrated by Kohl’s Corp., which took the racetrack store format and marched out to market after market, building an empire that hit $19 billion in sales only to sputter in recent years.

“Over three years we weren’t able to get any growth,” said Kevin Mansell, chairman, chief executive officer and president, referring to the tough slog from 2012 through 2014. “We decided we were going to have to be innovative and figure out how to build a new Kohl’s for the future.”

That future, while not created from whole cloth, is certainly new to Kohl’s. It includes a push into outlet stores as small as 3,000 square feet for proprietary brands like Fila, smaller versions of its sometimes behemoth full-line stores and a new focus on data, data and data.

“Kohl’s spends billions of dollars to give great value to customers,” Mansell said. “We’re still going to spend billions of dollars, but we’re going to do it differently. We analyzed multiple years of Kohl’s data and conducted extensive consumer research….The core strategy is insight-driven pricing. We’ll focus intensely on the categories and items that create the greatest impact on value perception and reclaim our spot as the value leader.”

That’s a theme: Retailers using new ideas to take back what’s theirs, or what they think should be theirs. It’s a feistiness and thrust for new ideas that extends to the old guard and the new.

Eyewear disrupter Warby Parker, when it began exploring the potential of physical sales, turned a yellow school bus into a traveling store and parked in 15 cities across the country.

“Each city we went to two or three intersections, and suddenly we had data on where some of the best blocks for us to potentially open up a store [were]. Suddenly, we’re getting retail experience where we felt comfortable opening a store,” said Neil Blumenthal, cofounder and co-ceo.

Stores are new again in retail.

Rumblings are growing louder that big-time investments in e-commerce have been made at the expense of in-store experience. This is seen as a danger since consumers are the architects of their shopping journey, and it commonly begins online and ends inside a store.

So merchants are renewing their focus on the 93 percent of sales that flow from brick-and-mortar doors. Even omnichannel — an irritating buzzword for half-a-decade — is taking a backseat.

Laurent Potdevin, ceo of Lululemon Athletica Inc., said his company uses “archaic” ways to reach consumers. The activewear brand depends heavily on its 10,000 “educators” — or sales staff — and 1,500 “ambassadors,” who are “local heroes” dedicated to their chosen sport and the community in which they live. These nonpaid endorsers are an “integral part” of the Lululemon formula and help point the way toward growth opportunities.

To innovate, retailers need to open themselves up to new ideas.

And while John Jay, president of global creative for Fast Retailing Co. Ltd., derided fashion for a sea of sameness, there is new hope in the air.

“We are probably living in the most creative era in history. Anything and everything is at hyper speed, whether it’s Uber, Netflix, Tesla, Airbnb, Alibaba — we see the status quo crumbling beneath the speed and the quality of innovation,” Jay said. “Technology is speeding everything up in the most creative era ever….There is no doubt that creativity is important. Maybe it is the most important human resource of all. Without creativity, there would be no progress.”

Jay pointed to collaboration as the key to this new creativity. “The old days of the auteur, miserable all by himself, are gone.”

Bringing a collaborative approach to retail is Rachel Shechtman’s Story, a 2,000-square-foot store in Manhattan that gives the space over to a new concept every month or two, restocking and reworking accordingly. Since 2011, the store has worked with more than 200 brands, from independent designers to Fortune 500 companies.

“Story is the space that has the mentality of a magazine — we reinvent it every three to eight weeks like a gallery, and we sell things like a store,” Shechtman said. “Our theory is that retail can be a media channel. Magazines tell stories by taking pictures and writing articles. We tell stories by curating merchandise around a certain theme and having events that bring it to life.”

Shechtman’s store is something of a laboratory, a place not just for new merch every couple of months, but for a new way of thinking about retail.

And when retailers go online, they don’t need to build just the equivalent of a digital store.

Dana Cho, partner at design firm Ideo, said retailers have a “tremendous” opportunity to tell stories online, noting the “future of digital content is not about replicating the in-store experience online.”

She pointed to the exercise app “Zombies, Run,” which pushes people to run as if they were in a post-apocalyptic world. The key, she said, is an interactive collaboration, not just content consumption.

Merchants need to delight consumers, speak to them individually and meet them on their own turf.

“Localization and personalization in today’s environment is critically important,” said Brian Cornell, Target Corp.’s ceo. “We are starting to test localization with a handful of stores in Chicago. It’s really 77 different neighborhoods, and what works in one neighborhood may not actually work in another.”

That’s a new kind of reflectivity for retailers.

And competitor Wal-Mart Stores Inc. is thinking along the same lines.

The company’s app lets shoppers order any item online and pick it up at their local Wal-Mart, bringing more traffic to the store. And when that fails, the retailer is running out into traffic itself, testing “pop-up mobile vans” where consumers can pick up their orders at a predestined location such as a community center or local parking lot.

Liz Rodbell, president of the Hudson’s Bay and Lord & Taylor divisions of Hudson’s Bay Co., said retailers should be thinking about operating in “all channels” rather than being “omnichannel.”

At the stores, this turns on merchandise, service and environment.

“The consumer today is time-starved, so we have to be there as quickly as possible and make the environment relevant,” said Rodbell, noting that the company has 50,000 mannequins that are changed at least twice a month to provide “storytelling” cues to the customer.

Giving customers more of what they want is always a path to more full-price sales.

She pointed out that small businesses were stealing market share from the larger chains and those businesses are not known for their discounting, but for giving shoppers a special experience. Small business has experienced 3 to 5 percent growth over the last 20 months. “So, it’s saying I don’t need a discount to shop. ‘Make me look different’ is what the shopper is telling you,” said Quinlan. “Create something special.”

For Marvin Ellison, president and ceo of J.C. Penney Co. Inc., creating an omnichannel experience that is engaging and convenient for the consumer trumps steep markdowns. And like other companies trying to reconnect to consumers, Ellison is taking a page from the playbook of his mentor, Home Depot founder Bernie Marcus. “Bernie influenced me to think differently about leadership — it’s called ‘the inverted pyramid,’” Ellison explained. “This basically symbolizes the constituency groups that matter most to me: the customers and my associates.”