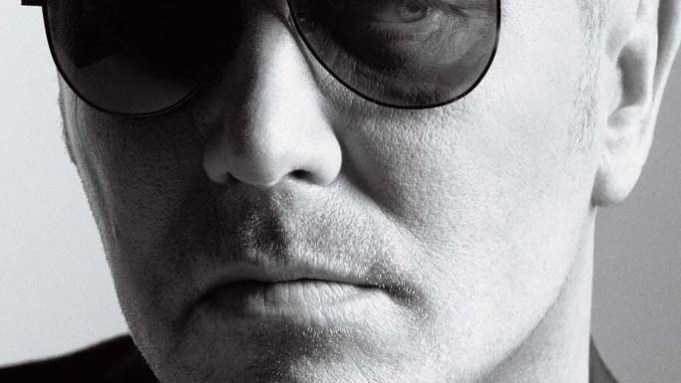 In an industry filled with turbulence, rapid change and constant challenges, business leaders and creative talents come and go as quickly as reality shows. Yet for the upcoming 17th annual WWD CEO Summit, some of fashion and retailing’s most accomplished — and promising — executives will meet for two days of presentations, conversations and panel discussions.

Themed “The Transformers,” the summit will be held Oct. 28 and 29 at The Pierre in Manhattan. A group of 300 chief executive officers, presidents and company principals will exchange ideas, share best practices, forecast the future and network with their peers.

Among the headliners are two media powerhouses: Anna Wintour, artistic director of Condé Nast and editor in chief of Vogue, and Leslie Moonves, president and ceo of CBS Corp. In a conversation, Wintour and Moonves will explore the way the media world is changing, for good or ill, as the consumer has more information, more sensation and more choice than ever before.

Others tackling the hot issues of the moment — driving digital sales, differentiating from the pack, and the social media obsession — include Terry J. Lundgren, chairman, president and ceo of Macy’s Inc. Lundgren has transformed what was once a lumbering retail dinosaur into an industry giant that continues to grab market share.

Designers being spotlighted include Michael Kors, principal designer and cochairman of Michael Kors Holdings Ltd., one of the most successful initial public offerings in fashion history, and Alexander Wang, creative director for Alexander Wang and Balenciaga, who will discuss how he manages to simultaneously tackle two high-profile labels with different DNAs.

Myron “Mike” Ullman 3rd will discuss one of the industry’s most dramatic and high-stakes stories of the past two years — J.C. Penney Co. Inc., where, as ceo, he is charged with turning around the beleaguered retailer.

Kay Krill, president and ceo of Ann Inc., will make her first summit appearance, as her company rides strong results at both its Ann Taylor and Loft divisions, while numerous other specialty chains lag in an otherwise difficult retail season.

Also from the retail world: Nick Robertson, ceo of Asos, the digital firm focused on Millennials that launched in the U.K., expanded to 240 countries and is headed to China this fall, and Sophia Amoruso, founder and ceo of Nasty Gal, one of the hottest digital pure plays.

From the brand side, scheduled speakers include Eric C. Wiseman, chairman, president and ceo of VF Corp., which has experienced significant and sustained growth; William L. McComb, ceo of Fifth & Pacific Cos. Inc., which has been restructuring its portfolio and aggressively building the Kate Spade business; Patrizio di Marco, ceo of Gucci, who has undertaken a comprehensive upgrade of the label, refocusing on heritage and artisanal and Italian craftsmanship, and Victor Luis, president and chief commercial officer of Coach, who steps into the ceo role in January.

Another thought leader from social media who will be spotlighted is Emily White, director of operations at Instagram, which has become the darling of the visually oriented fashion world.

From outside the industry, New England Patriots owner Robert Kraft will discuss leadership and strategic issues and how he changed the culture of professional sports in New England by delivering 10 conference titles and three league championships in the past 17 years. In addition to the Patriots, Kraft is chairman and ceo of The Kraft Group, holding company of several businesses, including the Rand-Whitney Group, International Forest Products, Gillette Stadium and a portfolio of more than 100 private equity investments.

From academia, Sydney Finkelstein, professor of Dartmouth’s Tuck School of Business, will examine issues raised in his best-selling book “Why Smart Executives Fail: And What You Can Learn From Their Mistakes.”

Other speakers on the summit roster, helping to sponsor the event, will be Sarah Quinlan, group head of information solutions — market insights for MasterCard Worldwide; Nathalie Remy, a principal at McKinsey & Co.; Harold D. Reiter, chairman and ceo of Herbert Mines Associates, and Mark Frost, general manager of MarkMonitor.

For more information, contact Kim Mancuso at kim_mancuso@fairchildfashion.com, or call 212-630-4212.