The Data-driven Duo of Revolve

The data-savvy and data-heavy e-commerce company has moved to the lead with its steady pace.

Revolve Group Inc. has always been a little bit different.

Michael Mente and Mike Karanikolas, who cofounded the company in 2003 from their home and this summer took it public as co-chief executive officers, started out with just $50,000 and a tendency to zig when everyone else zagged.

In a go-go, venture capital-fueled start-up world that prized top-line growth above all else, Mente and Karanikolas leaned into a profitable business model.

And fashion was not necessarily a passion — as it is for so many founders in the industry — but a place they could put their love of data to work and fertile ground to produce the kind of business they’d want to hold onto.

The company has a market capitalization of about $1.5 billion, no debt and employs approximately 1,100 people, most of whom work at the company’s headquarters in Mente’s hometown of Cerritos, Calif.

Revolve still relies on algorithms and not a fashion director to point the way forward and expects sales to grow 20 to 22 percent this year to a range of $598 million to $608 million while adjusted earnings before interest, taxes depreciation and amortization expand by 10 to 20 percent to a range of $51 million to $56 million. (In the first half, Revolve logged net losses of $23.1 million because it bought back nearly $41 million in stock in conjunction with its IPO).

That momentum and pure financial power pushed Revolve in front of the pack and earned it the WWD Honor for Best-Performing Retailer — Large Cap. Accepting the award for Revolve will be Raissa Gerona, chief brand officer, who joined the company in April 2016 and is a key architect of the company’s influencer marketing approach.

While the last 16 years have been a rush, the company has gotten to where it is by having a good deal of balance from the start and a steady process, prizing data, small tests and multiple growth vectors.

Mente and Karanikolas seem to be a good complement to each other — Mente has long hair and seems slightly more in tune with the creative side of the operation while Karanikolas is clean-cut and feels more business-y — but they both do it all and they easily pick up on each other’s thoughts, careful to always amplify what the other is saying.

The co-ceo structure is a rare one in fashion — and one that rarely works — but Mente and Karanikolas have had a long time to get it right.

“We met at our first job,” Mente said in a joint interview, recounting how they struggled through the dot-com “bust days” when venture-backed companies were looking to “scale as fast as possible.”

Out on their own, the pair started Revolve with the simple notion: “Let’s really think for the long term. Let’s build a company that we want to own forever.”

That meant profitable, sustainable growth, reinvesting that $50,000 over and over back into the business, testing new ideas before going big and following the data.

“Those first years were super fun,” he said. “It was very, very old school. Very scrappy and very hustler-orientated.”

Everybody did a little bit of everything at first — picking, packing, modeling for the site — and kept up with steady growth leading to annual sales of about $70 million in nine years.

During those years, Revolve developed what Karanikolas described as “an old school approach to business” that focused on building for the long term, balancing risks with opportunities.

“We’ve always tried to stay grounded and not believe our own press too much,” Karanikolas said. “We’ve created a humble, hard-working culture.” And one that’s “customer-centric” and “focused on innovation.”

Corporate culture is one of those things that can take root organically at first, but then has to be nurtured as a company grows.

“Culture, ultimately, it has to be authentic and it has to be believed and it flows through the top and flows down through the organization,” he said. “The chief executives have to embody the culture element.”

The same has to be true for their lieutenants and down the corporate org chart.

“If at any level you have a break, it’s going to effect the levels below it,” he said, underscoring the importance of hiring people who embrace the culture.

But Revolve is also always changing.

Karanikolas, ascribing to the sentiment forwarded by semiconductor pioneer and author Andrew Grove, noted, “Only the paranoid survive.”

And so the company has branched out with luxury e-commerce site Forward by Elyse Walker, the 2015 acquisition of Alliance Apparel and its brands Lovers + Friends, Tularosa and NBD as well as the launch of even younger-skewing Superdown this year. The company was also an early adopter in the world of influencer marketing and this year launched a collection with influencer Camila Coelho.

“We’re constantly working on new things and innovating and trying to move forward,” Karanikolas said. “That’s been a hallmark of ours. One of the things we’re most proud of is that we haven’t been a one-trick pony.”

If anything, Karanikolas and Mente have proved — repeatedly — that they’re quick studies.

“We didn’t have that fashion background and that fashion DNA from the beginning,” said Mente, noting Revolve was “approaching the industry with a fresh set of eyes.”

And in 2003, Revolve was looking at something most of fashion was still ignoring.

He argued that working with the data is a creative process — interpreting what customers will like, understanding the products that will resonate. Everything Revolve does is informed by data and tracked by metrics. That can be seen in how its relationship with the influencer class has evolved.

While the company is now known for its festival, which coincides with Coachella and this year drew nearly 4,000 attendees and over 750 influencers, it started out as a much smaller affair. The first time Revolve went to Coachella there were only two influencers in tow.

But the response that first year justified another, bigger outing and then another and another. And as the influencer phenomenon grew and changed, so did Revolve’s approach, which has it working with both some of the biggest names and the niche-y micro influencers.

“Influencers are super key and will continue to be super key,” Mente said. “We have a really developed approach to work for everybody and are constantly evolving the way we work with influencers.”

What will influencer marketing look like in another decade?

“Ten years is such a long period of time,” Mente said. “There’s no doubt that things will be dramatically different than they are now.”

But the philosophy driving Revolve’s approach probably won’t be all that different — expect the company to continue to test and iterate, to be led by data and the consumer. 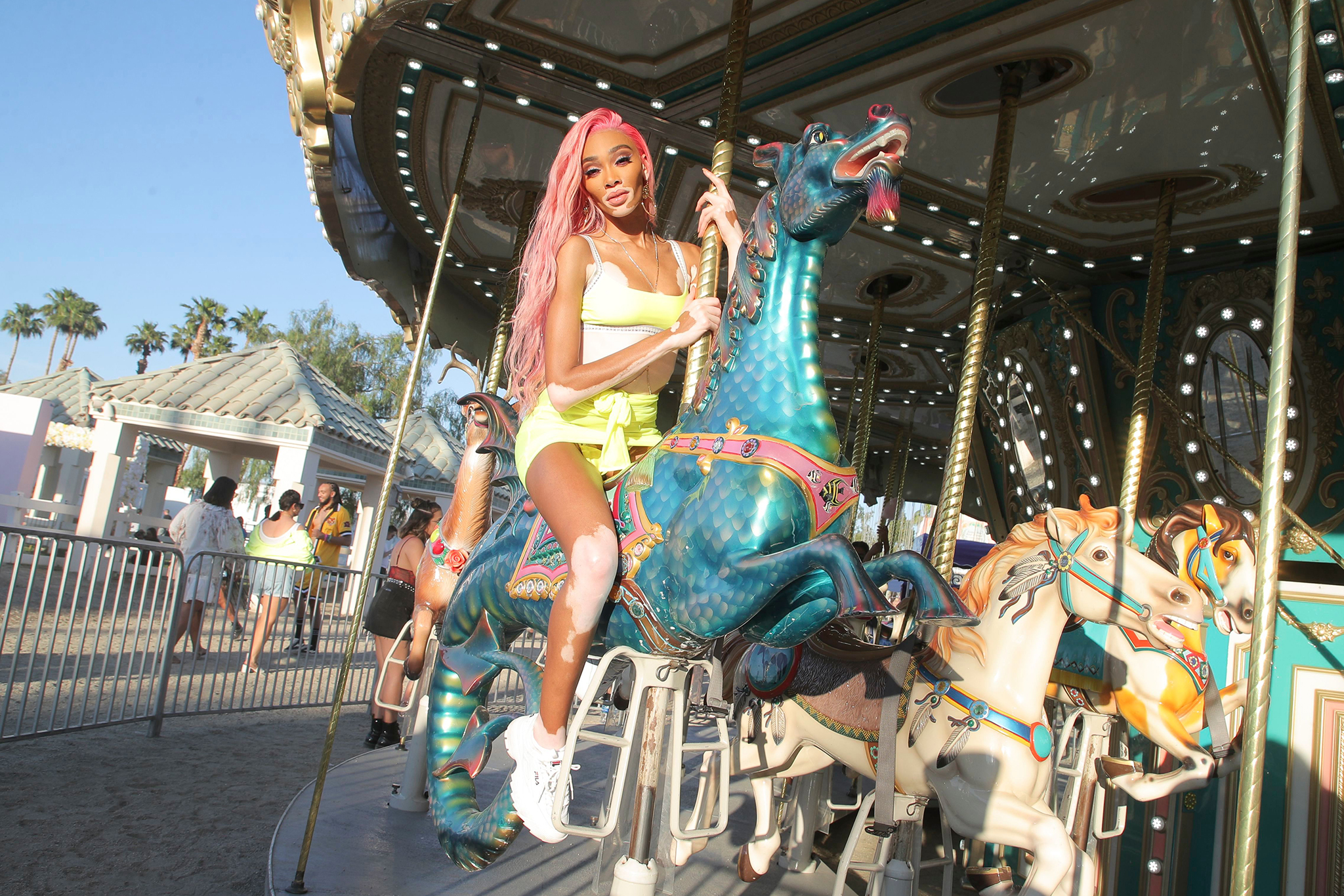 That’s worked well enough for Wall Street, where Revolve has made plenty of friends since going public in June.

Michael Binetti, an analyst at Credit Suisse, described the company as “a key answer in a tougher retail macro” environment with strong full-price selling at both its Revolve and Forward units.

“While both brick-and-mortar and digital retail peers are now seeing more volatile trends, we don’t see any fundamental change to the Revolve story on whole,” Binetti said in a research note in August, when investors fretted over a second-quarter loss tied to the stock buyback during the IPO.

She said “compelling U.S. and international white space opportunities through continued Revolve brand growth, the launch of Superdown, reacceleration of Forward, and new category expansions should propel its next leg of growth.”

Perhaps most importantly, Revolve seems to have the consumer on its side right now.

Oliver Chen, an analyst at Cowen, pointed to his company’s proprietary research, which found that 82 percent of Revolve customers visit the site at least once a week and that 75 percent of shoppers purchase something from the site once a month or more.

But Mente and Karanikolas know they have to work to keep their spot because the hungry start-ups of 2019 are out there and coming for them.

“There’s plenty of young innovators out there,” Karanikolas said. “Hopefully they create a better experience for consumers and expand the retail pie.”

In the meantime, he suggested a simple course forward for Revolve.

“Focus on what you can do and can control, and try to be the best,” Karanikolas said. 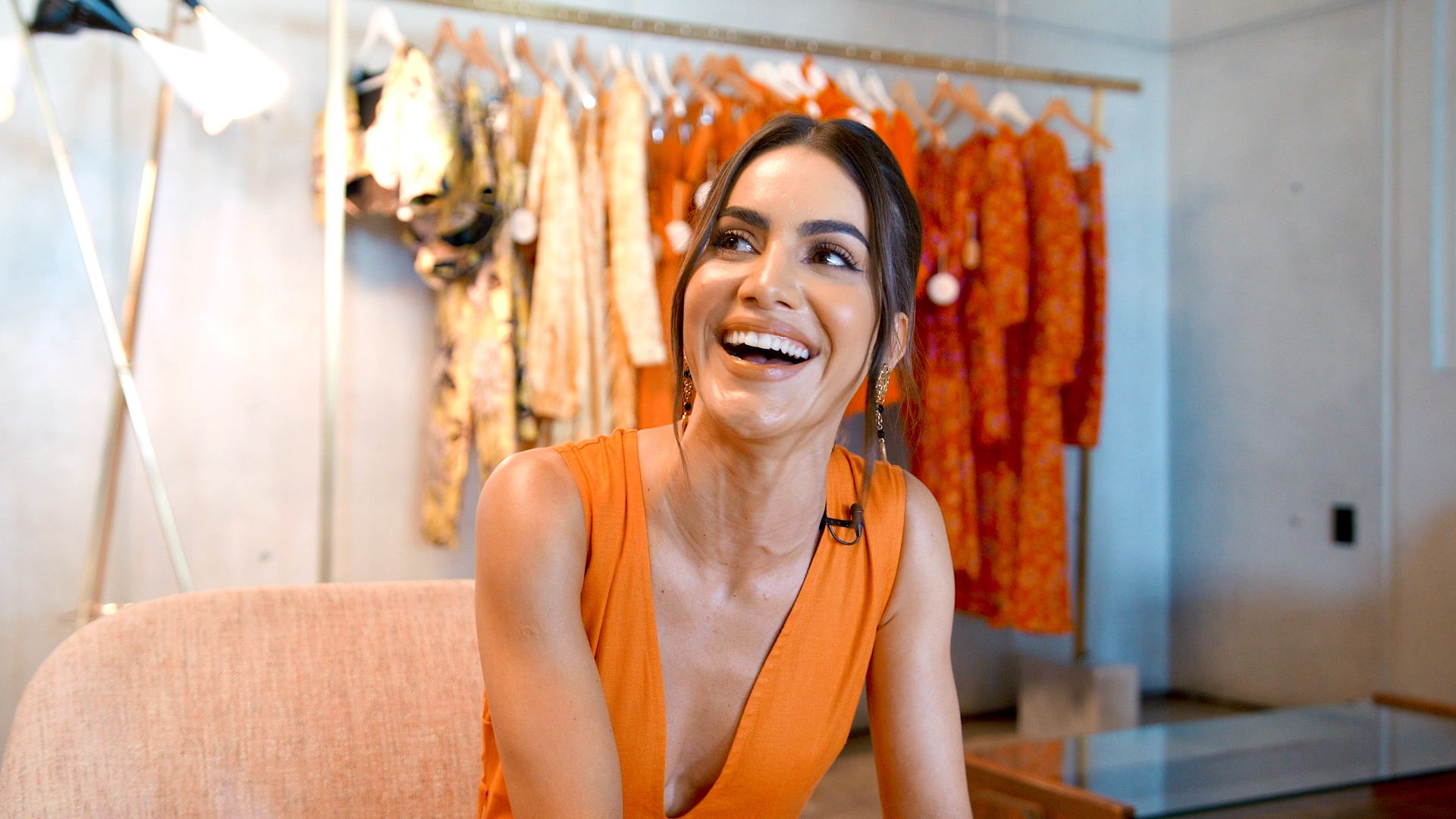