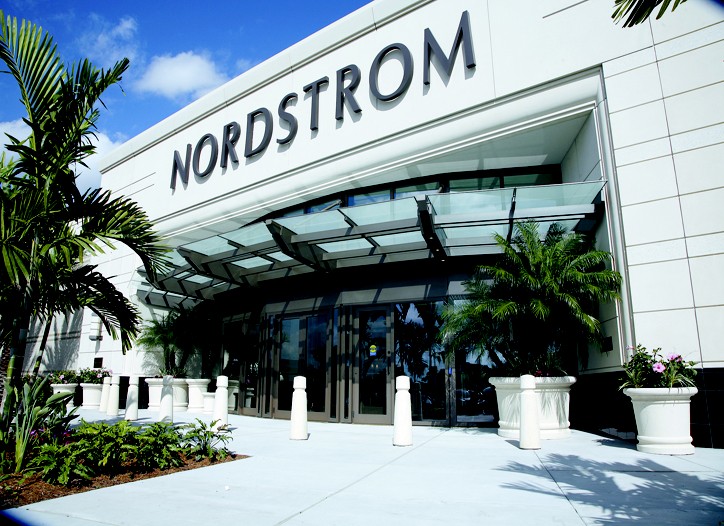 Retailers reporting same-store sales for the month Thursday generally had increases for the Thanksgiving weekend, but they were insufficient to prevent the month from ending up as an unseasonably flavorless turkey. Landlords are also struggling with the retail real estate crisis, and have resorted to giving tenants rent reductions and finding creative ways to lease space. Even Melrose Avenue, once among the hottest retail and fashion strips, is feeling the chill of the disastrous economy. In hopes of turning the tide, the nation’s retailers appear poised to ratchet up promotions and trigger contingencies aimed at stirring shoppers. There is still a sliver of good news in retail, however. With outlets tracking better than other store sectors, Simon Property Group Inc. has seized the moment by inking an agreement to buy Prime Outlets in a deal valued at about $2.33 billion, including the assumption of Prime’s debt and preferred stock. And, according to the Labor Department, department stores added 7,500 jobs to employ 1.52 million people, recouping part of the revised 12,400 jobs cut from payrolls in October.

Continuing to operate under intense pressure, Neiman Marcus Inc. on Wednesday reported a 33.8 percent drop in net profits and a 13.7 percent comparable revenue decrease in its first quarter ended Oct. 31. Though there was a silver lining, as the luxury chain made progress on several fronts: gross margins, cash growth and movement toward a normal markdown cadence. Talbots’ business is also looking rosy as its shares rose more than 14 percent, at news of severed ties with its majority owner, the U.S. subsidiary of Japanese retail giant Aeon, retiring the $491 million debt it owes Aeon through a merger with special purpose acquisition company BPW Acquisition Corp., and agreeing to a new $200 million credit facility from GE Capital.

Avant-garde Belgian designer Martin Margiela is hanging up his scissors and his lab coat for good, leaving no successor to his Paris-based fashion house. “We want to stay avant-garde, and provocative, but without a new creative director,” said Giovanni Pungetti, chief executive officer of Maison Martin Margiela. “It’s a challenge. We know this. We will probably make mistakes, but the most important thing is to learn from them.”

CH Carolina Herrera has signed a lease for a 2,300-square-foot flagship at 802 Madison Avenue here, its first freestanding U.S. location. Another high fashion brand is also expanding its retail portfolio: Miu Miu, is pumping up its U.S. profile despite the recession, opening a second Southern California store at South Coast Plaza in Costa Mesa. Most high-profile designer brands are concerning themselves with pre-fall looks, from Oscar de la Renta to Donna Karan to Calvin Klein, with splashy hues and vibrant prints.

Fashion headliners like Burberry and Ralph Lauren are making their brands more accessible to the masses via new stores, ventures and technological advances. Burberry hopes to address a new audience with the introduction of their new sport fragrances which will be linked to its Burberry Sport apparel line. And Frédéric Fekkai, one of the ultimate luxury beauty brands ever to hit Fifth Avenue, is headed for Walgreens. Ralph Lauren has taken a different tack, utilizing technology for a broader reach. The Rugby Ralph Lauren brand has introduced a virtual runway show with a “make-your-own” option that allows viewers to put together their favorite looks and buy them. More ground was broken in the virtual world, this tie by beauty brand, Mark, of Avon Products Inc., by introducing one of the first digital social selling applications on Facebook. Tecnological advances have reportedly also improved the sales of companies using Visuality, a simple Web-based e-mail program with pictures.

Victoria Beckham, not content to sit back and enjoy her celebrity status, is dead set on earning her keep in the world of fashion. With her burgeoning dress business in its fourth season, the Spice Girl-turned-designer has taken her denim and eyewear collections in-house, and has overhauled and renamed each. Actress Diane Kruger, on the other hand, has branched out into the beauty realm, as she was added to the roster of L’Oréal Paris’ lineup of celebrity spokespeople.

L’Oréal on Sunday had no comment about press reports swirling in France over the weekend that photographer François-Marie Banier is not the only person to have received financial gifts from Liliane Bettencourt, the daughter of the beauty giant’s founder, who holds 30 percent of the company. In a two-page interview with French newspaper Le Monde, Banier said of the reports, “I am accustomed to slanderous rumors. It is too bad that it’s come to this, but all the noise doesn’t rattle me. There has always been pandemonium surrounding me.” A court in Nanterre, France, appears to believe these accusations are more than just rumors, and ruled that Françoise Bettencourt Meyers, the granddaughter of L’Oréal’s founder, has a case against Banier.

The First Lady did her part to encourage American fashion by wearing a Calvin Klein Collection ensemble to the Oslo City Hall, where the President accepted the Nobel Peace Prize. Also this week, WWD took a look back at some of the other best-dressed notables to have graced the White House.
Newsletters