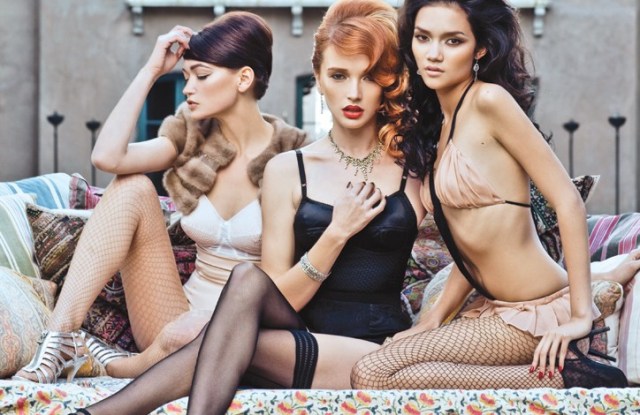 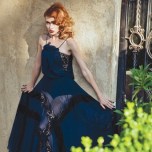 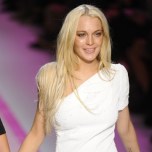 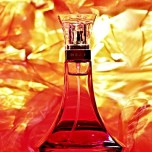 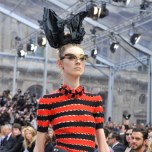 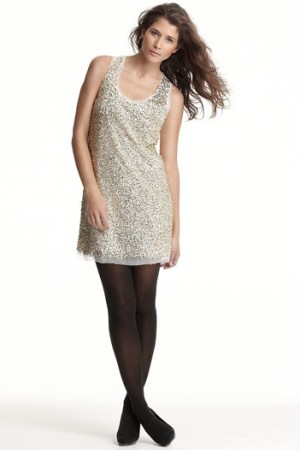 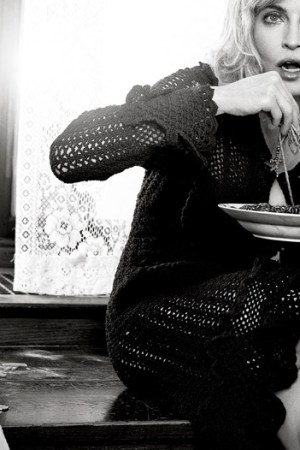 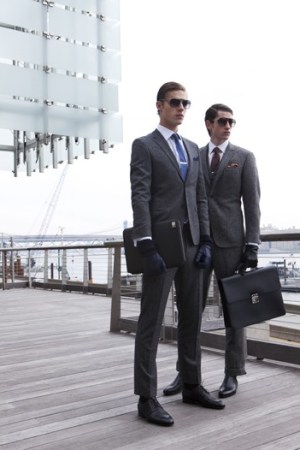 “If you are not online, your customers will be” is the thinking among luxury brands from Louis Vuitton to Burberry to Alexander McQueen. For example, Chanel created a Facebook page last month, and Dolce & Gabbana  has a site called Swide, a YouTube account and an ongoing Twitter feed, and may even create its own social network. Gucci has an iPhone app and recently unveiled a social networking micro site that asks users to upload and share photos. “If Kanye West comes in our store on Rodeo Drive, we’re going to Twitter about it. [People] want instant information, not only on products but who’s wearing it,” said Antoine Arnault, communications director at Louis Vuitton. As for designers tweeting, Alexander McQueen has taken to it like a duck to water: “I do it so much that someone needs to get me a gag!”

The film “Nine” hasn’t even hit most theaters yet, but it is already making an impact on fashion. WWD spoke with the movie’s costume designer Colleen Atwood, who is also known for her work on “Memoirs of a Geisha” and “Chicago.”  Atwood also lent her styling talents to a shoot inspired by three of the characters in the flick. Stefano Gabbana and Domenico Dolce gave the inside scoop on their cameo as priests in one of the movie’s early scenes. Meanwhile, stars Penélope Cruz, Nicole Kidman, Marion Cotillard, Kate Hudson and Dame Judi Dench partied at the New York premiere along with Madonna and Goldie Hawn.

Despite widespread speculation to the contrary — and a scathing reaction to her first effort — Lindsay Lohan is continuing on at Ungaro as the fashion house’s artistic adviser, while the man who recruited her, company president Mounir Moufarrige, has resigned. Moufarrige insisted that his depature had “nothing to do with Lindsay Lohan at all.…The strategy is set for Ungaro and that’s it.” The house named Marie Fournier, an 18-year company veteran, its new general manager.

Beyoncé Knowles is aiming to light a much-needed fire under the beleaguered fragrance business this February with her first scent, Beyoncé Heat. Industry sources estimate it could do $100 million at retail globally in its first year on counter. At least half of that figure is expected to come from U.S. sales. For the perfume’s name, Knowles drew from her past tours. “A lot of my performances have had fire involved, so we thought ‘Heat.’ Also, red is one of my favorite colors, as is gold,” she noted; both colors frame the bottle. “So then we thought of making the bottle look like it’s on fire. I love antique bottles — my mother had a collection of them when I was growing up. I wanted something with an antique yet modern feeling.” The juice, which Knowles concocted with Givaudan’s Claude Dir and Olivier Gillotin, has top notes of red vanilla orchid, magnolia, neroli and blush peach.

2009 in Review: The Downturn Continues

Perhaps the best thing that could be said about 2009 is that it wasn’t 2008. Orders were cut, stores were closed, shoppers turned to saving as the economy floundered and the luxury consumer was in a general retreat. Before some legitimate signs of strengthening in the past month or two, it took a kind of Orwellian doublespeak to believe that “less bad” had truly become “good” in the world of fashion finance. Luckily, the actual fashion world did better, at least aesthetically speaking. 2009 featured two of the best back-to-back collections seasons in recent memory, with rustic moments at Chanel and Prada, Americana sportswear from Ralph Lauren and Alexander Wang, and talented newcomers like Prabal Gurung. It was also a year of memorable off-runway moments, like Isaac Mizrahi teaming up with QVC on cheesecake, and tween fashion launches from the Jonas Brothers, Miley Cyrus and Selena Gomez. See all the coverage from the Year in Fashion issue>>
Barneys’ Reprieve: Abu Dhabi Bails Out Dubai
As the retailer’s ultimate parent company, Dubai World, on Monday revealed a $10 billion lifeline from Abu Dhabi, speculation continues to swirl over Barneys’ future and whether it will be sold. While sources said a sale isn’t imminent, they’re not ruling it out down the road. Though, considering the high price Dubai World via its investment arm, Istithmar, paid for Barneys — more than $900 million in 2007 — and the woes permeating the luxury world, the retailer is likely to be a tough sale. There have been recent signs of a pickup at the store, with business up 7 percent in October, although sales slid back into the negative column in November.

To the dismay of stores nationwide, more consumers are putting off their Christmas shopping than last year, the National Retail Federation said Wednesday. The average person had completed 46.7 percent of his or her holiday shopping by the second week of December, compared with 47.1 percent last year, according to an NRF-commissioned survey. However, some hot items, such as sequined items and motorcycle boots, are flying off the shelves in U.S. stores, and European retailers at stores such as Printemps, Browns and Selfridges remain upbeat about the Christmas season.

Their 18-year friendship with Madonna wasn’t enough to ease the fears Stefano Gabbana and Domenico Dolce had about doing something “more business-y” with the pop icon. “We were always afraid it would ruin our relationship,” contended Gabbana. Not anymore. As part of a flurry of activity between the designers and Madonna, including the filming of the “Celebration” video inside Metropol, the designers’ Milanese runway venue, she agreed to appear in the house’s spring campaign. Steven Klein snapped the eight black-and-white, horizontal pictures in a former lay convent in uptown Manhattan. Meanwhile, Christina Ricci’s next appearance will not be on the silver screen but in a Donna Karan-friendly short called “Four Play.” Directed by Jake Sumner, the son of Sting and Trudie Styler, the flick features Ricci primping, dancing, spying and lounging in various stages of dress and undress at the Soho Grand Hotel. The spot revolves around the designer’s pleated leather Eldridge bag, which can be worn four ways.

Just call them Trad Men. The Sixties-inspired looks that look so dapper on AMC’s hit “Mad Men” are also a hit with designers for Fall 2010. The American vintage suit has been updated with textured tweeds, new scale herringbones and rich flannels, and sport coats are a key component of the look. HMX Group has capitalized on the popularity of the retro trend by assembling an archive of its vintage advertisements, which may be used in future ads. Among the standout images: Rock Hudson modeling Hart Schaffner Marx in the Sixties. And the natty trend is catching on among the younger set. “I feel there is going to be a significant suit-wearing group — young guys who take an interest in how suits are made and how they can make individual statements,” said Eric Mussgrave, author of the upcoming coffee table book “Sharp Suits,” in a Q&A this week.

While 15-year-old Nikki Yanofsky plays up her youthfulness in the fashion arena, there is nothing immature about her sophisticated, soulful voice reminiscent of Ella Fitzgerald. Her debut studio album, tentatively titled “New to Me” (Decca), hits shelves in March. The young singer filmed a video for WWD.com in which she chatted about fashion and music.
Beauty Products Companies Editorial Overlines People People & Companies regions
load comments
blog comments powered by Disqus