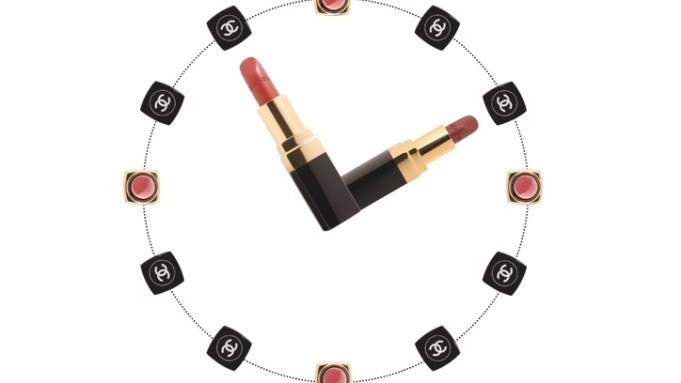 As Macy’s Inc. on Tuesday revealed it’s shutting down five units over the next two months, there’s been growing speculation other chains will soon chime in with their own announcements of closures after digesting 2009 results and determining which units performed and which didn’t. AnnTaylor Stores Corp. and Abercrombie & Fitch Co. are two other retailers that have planned store closings for 2010. Some retailers who are staying open are trying out new concepts. Target Corp. is holding a warehouse event called The Great Save, while Disney plans to redesign 20 of its retail units. And while experts estimate there could be more than 10,000 store closings in malls in 2010, the outdoor mall concept is flourishing in Miami, with the Lincoln Road complex attracting many high-end doors. Another bright spot: retail comps, which improved in December as consumers worked off some of their pent-up demand and hit the stores.

Fashion’s game of deal or no deal is heating up for 2010 and it seems almost everyone is looking to play a part. And although no one is predicting a return to the go-go days of 2006 and 2007 when buyers bid hot properties up into the stratosphere, experts said a steadier economy, easing credit markets and more realistic price tags could bring some sizzle to fashion’s mergers and acquisitions scene this year. Among the companies publicly scouting or said to be on the prowl with at least some capital to be put to use are Nike Inc., PPR, Li & Fung Ltd., VF, Phillips-Van Heusen Corp., Iconix Brand Group Inc., The Warnaco Group Inc. and Jones Apparel Group Inc. However, some recent mergers and acquisitions have been called off: German activewear giant Puma announced the sale of its majority stake in Hussein Chalayan, less than two years after acquiring the label. And despite rumors, Prada denied it is in talks to sell a third of its shares to Compagnie Financière Richemont SA, with a well-placed source calling the story “just silly.”

Coming off one of the worst years for advertising, many media buyers, planners, analysts and ad agencies are forecasting a single-digit upswing in spending for 2010. Television and the Internet are likely to lead the comeback, with print advertising taking longer to rebound. That may be why strengthening ad pages is among editors’ and publishers’ top New Year’s resolutions. As for the ads making a splash in 2010? So far, models seem to be winning out over celebrities: Karlie Kloss channels Lauren Bacall in Dior’s latest campaign, while St. John has replaced Angelina Jolie, who “overshadowed the brand,” according to chief executive officer Glenn McMahon, with ginger-haired Karen Elson. Meanwhile, no famous faces were revealed chez Celine; Juergen Teller kept faces out of the frame altogether to emphasize the intricate details of Phoebe Philo’s spring collection. (For the curious, Carmen Kass, Lisanne de Jong, Jacquelyn Jablonski and Valerija Kelava were the headless models featured.). On the other hand, Burberry is going with a very public face: Emma Watson. The Brown freshman is once again the face of the label for spring. Click here to watch the behind-the-scenes video of the shoot>>

The ranks of young designers launching a secondary line certainly aren’t thinning these days. But, increasingly, newer names are taking a similar tack. Is it savvy to add another collection when the company — not to mention the designer — is still under the radar? Given the economy, the move seems counterintuitive. But it turns out that a second line might not be such a bad idea. Smaller companies are able to broaden their price points and expand their clientele, for one. And designers stress the importance of staying focused. They don’t label their secondary lines as diffusion; rather, they home in on a specific niche, whether basics, underpinnings or signature looks. Los Angeles designer Corinne Grassini of the five-year-old Society for Rational Dress has launched SfRD, with nine styles of pared-down tank and T-shirt silhouettes. London native Joanna Sykes is supplementing her Sykes collection with a second line of silk basics called Sykes Silks. London-based Mark Fast has gained a cult following for his sexy cobwebby knits. Now, those unable to plunk down serious cash for his wares — wholesale prices are up to $2,400 — can finally pour themselves into his ultrabodycon clothes. The Canadian designer is launching a lower-priced line of nylon and elastane knits, dubbed Faster, for spring.

Reworking the Classics at Pitti Uomo

For fall, Pitti Uomo exhibitors are reintroducing updated men’s wear classics with a youthful and contemporary sensibility. Men’s luxury brands are hoping that a focus on old-fashioned craftsmanship will help spur sales. Lars Nilsson, who has held high-profile positions at Gianfranco Ferré and Nina Ricci, will present his new men’s wear line, Mr. Nils, at Pitti Uomo. Other lines making their debut include Seventies-inspired outerwear brand Penfield, Umit Benan (whose latest collection is inspired by retired rock-and-roll stars) and shoe designer Max Kibardin, who describes his aesthetic as “Tyrolean glam punk.” See the entire issue here >> MIT Professor Studies Effects of Counterfeiting
Could counterfeit goods actually lead consumers to purchase the real deal? While MIT Sloan School of Management professor Renee Richardson Gosline does not condone the illegal activity in any way, she said more than 40 percent of participants in a recent study eventually purchased authentic merchandise, due partially to the inferiority of fakes. Aside from determining counterfeit goods are not substitutes for the real thing, she said the fakes are sometimes viewed as “low-risk trial” purchases but, once compared with the actual branded product, consumers realize they do not measure up. “People originally think the counterfeit will be a substitute for the real thing but they find out the real thing is better,” Gosline said of her two-and-a-half-year survey.” She added that one of the greatest risks of counterfeit goods is their potential to alienate legitimate consumers.

Chanel executives believe now is the right time to seduce consumers back into the habit of using lipstick — and are placing the company’s lip color bets with a new long-lasting and hydrating collection called Rouge Coco Hydrating Creme Lip Colour. “Women seem to have forgotten how to apply lipstick,” lamented Peter Philips, Chanel’s global creative director for makeup. “We have a whole generation of lip-gloss girls. Now, there’s absolutely nothing wrong with lip gloss — but there is something so feminine about the act of applying lipstick.” Rouge Coco, which will launch in March, is intended to become one of the brand’s lipstick pillars and will replace the existing Hydrabase line. Another trend in the cosmetics landscape is “Alice in Wonderland”-inspired makeup that ties in with the upcoming Tim Burton movie. Items include a fanciful palette from Urban Decay and a set of 4 nail polishes from OPI, both produced in collaboration with Disney.

Caryn Lerner is out as president and chief executive officer of Holt Renfrew and has been succeeded by Mark Derbyshire, who was chief talent officer for Wittington Fashion Retail Group, the holding company for Holt Renfrew in Canada, Selfridges in the U.K. and Brown Thomas in Ireland. In another retail departure, Lisa Rhodes is leaving Maurices, the Midwest chain.

Pretty actresses under 30 don’t exactly have a hard time finding roles in Hollywood. Which is why it’s remarkable that at least five screen starlets have chosen to tackle more challenging roles and tread the boards on Broadway. From Scarlett Johansson’s turn in “A View From the Bridge” and Zoe Kazan’s role as a con artist in “A Behanding in Spokane” to Alison Pill and Abigail Breslin teaming up for “The Miracle Worker”, these ladies are out to prove their talents lie beyond bright eyes and dewy complexions.

Back in Time: The Elusive Balenciaga

“The most simple facts about Balenciaga intrigue everyone in the fashion business,” said John B. Fairchild of couturier Cristóbal Balenciaga in 1958. And this was largely due to the “nyet” publicity policy of the design house. From refusing to assist in customer fittings to hiding his collections from the press, “the master” was often called mysterious. Even those relatively close to him — like Carmel Snow and Marie-Louise Bousquet, both of whom claimed to have seen his exact birthdate on his Spanish passport — argued about his age (his birthday was Jan. 21, 1895). John Fairchild, however, was able to get the scoop. In a two-and-a-half page feature in July of 1958, called “Balenciaga — and the Art of Making Elegant Clothes,” Fairchild covered everything from the inner workings of the maison Balenciaga to the Parisian restaurants frequented by the designer.
Newsletters