China’s Xiaohongshu to Double Revenue to $2.9 Billion Next Year

The female-focused social commerce app is the gateway for many global trends to reach China and is planning a launch soon with Kylie Jenner.

BEIJING — If China’s e-commerce players were high school archetypes, Xiaohongshu, also known as Red, would be the cool, hipster girl.

Tmall and JD.com may be the most popular and dominant — online shopping’s prom king and queen — but for the Millennial and Gen Z female, it’s hard to wrest the crown from Xiaohongshu.

Born in 2013 as a shopping guide for Chinese travelers internationally, the app was able to attract an initial user base that was affluent and in the know. Its cachet remains to this day, as it has evolved from a products recommendations platform into a full e-commerce operation expected to reach more than 20 billion renminbi, or $2.9 billion, next year.

“They have a very wide perspective on global trends,” said Gary Shi, general manager for Red Mall, the app’s e-commerce arm, describing the trend-savvy user base. “They read from Pinterest or Instagram and may even be based in international big cities, and they introduce international trends to other users.”

In other words, the Xiaohongshu set are a knowledgeable bunch, as likely to be fans of Dua Lipa or Ariana Grande as they are of Chinese darlings Dilireba and Yang Mi.

Although Shi declined to share the average basket size, he did suggest that Xiaohongshu’s topline zipped past 10 billion renminbi, or $1.48 billion, last year, nearly doubling from the year before. The company is only getting started. With more resources being devoted to accelerating its cross-border business, Shi expects next year “should be over 20 billion renminbi.”

“I think this has still huge potential to grow,” Shi said, “because the products we offer [for sale] are far fewer than the ones we have content on. We need to expand our product profile globally.”

The company is often likened to Pinterest due to the wide swathes of lifestyle it touches from hairdo tutorials, travel inspiration, food snapshots and street-style photos, but it’s an imperfect comparison.

“The biggest difference to Pinterest is that we are more a closed loop to our users,” Shi explained. “They help them find products for lifestyle and we help them finish the purchasing experience. For Pinterest, as far as I know, they are focused on information sharing. Although they might link to an external site [for transactions], the experience is not as smooth.”

The company is proud of its more tight-knit community of users. People aren’t just hitting repost on great-looking photos and lifestyle tips, they’re often creating short videos and blogs on their diary page, like the Tumblr of yore, and stars like Fan Bingbing are regular posters.

“If you judge from a community or media level, maybe Weibo or Douyin [are competitors],” he said referring to China’s equivalent of Twitter and the Chinese name for the live-streaming company, TikTok, “but we aim for different target users and very different experiences.”

“For e-commerce, JD or Tmall is very big, but we are very good at introducing new brands to our users, while they enjoy very large volume of transactions and contribute a lot of data on that. We do totally different things.”

A snapshot of the Xiaohongshu user base looks like this: more than 200 million registered users, of which more than 80 percent female. Sixty percent are from tier-one and tier-two cities, and more than 70 percent are China’s post-Nineties generation, or young Millennials. Half are born after 1995.

“We already enjoyed high penetration among females around ‘post-Nineties,’ so if we want to further grow our user base, we definitely have to expand our user age group,” Shi said.

To target a generation a decade older, the firm said it’s been working on presenting information differently.

“They have a family, they’re in a core stage in their career path,” Shi said of a more mature demographic. “They need efficient information and content. We are organizing content in a structured way so they can browse and make their decision in a more efficient way.”

For a younger generation, or the post-Aughts, the appeal is celebrity driven. “We invite these celebrities to be on the platform and share their daily life so they feel like they are very intimate with them.”

Appealing to more male users figure as part of the plan, too, “especially males after Nineties or ’95,” Shi commented. “One gender is only half the population. Interestingly, Chinese young males are focusing in on their lifestyle, especially on travel.”

Knowledge spreads quickly on the app, Shi noted, with user sophistication growing by leaps and bounds.

“In makeup, users are getting more professional,” Shi said. “Three years ago, I talked to cosmetics brands and people were using terms like ‘lipstick’ and ‘foundation.’ Then the two top words became gradually ‘eye shadow’ and ‘brows.’ This year, highlighter became a new trend people are focusing on so we see a very strong professionalism in the makeup technique.”

In skin care too, users have taken on an almost academic approach. “They are becoming very careful about ingredients in their skin-care products they are using. Ingredients-driven brands and products are getting more and more popular,” he added. 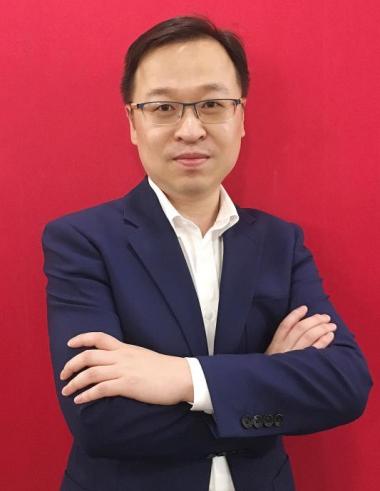 “When I talk to international brands, they were amazed,” Shi added. “They may not have an international distribution plan in China yet, but on Xiaohongshu, there were already a lot of comments on their brand. People giving authentic comments and recommendations on their products. It was considered the cradle of word of mouth, even before their marketing team acts.”

ColourPop, a Los Angeles-born beauty brand, is a good example of this, Shi said. Xiaohongshu launched them exclusively in China three months ago, after showing them how the platform already had generated organic posts in the thousands. There are other business services Xiaohongshu said it can provide, too.

“ColourPop hadn’t built a very strong international logistics from U.S. to China so we helped them a lot. We have a warehouse in Los Angeles and we can do the job from there to Chinese users. Secondly, we have all around marketing offices and can recommend KOLs,” he said.

Established brands like Guerlain are regular partners with Xiaohongshu, the former created a frenzied sold-out lipstick series recently with them, but Shi also says that the platform’s social nature is also geared toward helping the indie brand, like local cosmetics label, Perfect Diary. The brand targeted young females — college students or newly entering the workforce — with affordably priced products. Using its highly engaged user base, in less than two years, the brand reached sales of $1 million a month on Xiaohongshu.

The platform has successfully piqued the interests of some of the west’s biggest influencers. It may only be a marketing effort for the time being but Xiaohongshu has also enticed Kim Kardashian to join. The KKW Beauty founder has racked up 164,000 followers since debuting her first post in October. Her younger sister, Kylie Jenner, with a beauty brand on track to reach unicorn status, is also in talks with the company.

“Yes, the conversation has already started,” Shi said about Jenner. “No specific launch date has been confirmed, hopefully I think by the second quarter.”