Inditex chairman and ceo Pablo Isla argues that Zara is the very opposite of fast fashion, with an aggressive green agenda that also foresees the elimination of single-use plastic products for clients.

Zara HQ in Arteixo, Spain, near A Coruña.

Has Zara found the fast track to greener fashion?

Not only has the Spanish retailer been hitting some of its sustainability targets early, it revealed a list of new goals to shareholders at parent Inditex’s annual general meeting on Tuesday.

Among them is a 7,500-strong store estate that will be eco-efficient by the end of 2019, one year ahead of target, while all collections from Zara, and its sister brands in the Inditex stable, will be made from 100 percent sustainable fabrics before 2025. That compares to today’s figure of 20 percent.

The company has also committed to zero waste in landfills from Zara facilities, and 80 percent renewable energy consumption in its headquarters, logistics plants and stores by that same year. 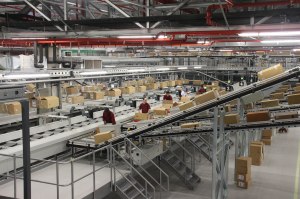 Zara is running — and thinking — far ahead of fast-fashion customers who aren’t as woke as their luxury counterparts. Luxury shoppers are less impulse-driven, they demand more for their money, and they expect a compelling narrative, around heritage, craftsmanship or sustainability served up with their high-end goods.

Instead of pushing the big retail chains to do more on the sustainability front, fast-fashion customers are the ones being pushed by Zara and other retailers that are getting progressively greener.

“We need to be a force for change, not only in the company but in the whole sector,” said Pablo Isla, executive chairman and chief executive officer of Inditex, which was named the most sustainable retailer by the Dow Jones Sustainability Index for three consecutive years, from 2016 to 2018.

“We are the ones establishing these targets: The strength and impulse for change is coming from the commercial team, the people who are working with our suppliers, the people working with fabrics. It is something that’s happening inside our company,” he added.

Isla’s and hundreds of Zara staffers’ annual bonus payments are tied, in part, to long-term sustainability goals, while the company has recently added a sustainability committee to its board of directors.

Zara is even flying ahead of government policymakers, in Spain and worldwide.

“We are a global company, and involved in the different concerns of public opinion about sustainability worldwide. We are not thinking about political policies. This is our own approach, and it is clearly a work in progress,” Isla added during a briefing with top management at the company’s headquarters outside A Coruña, on Spain’s northern coast. 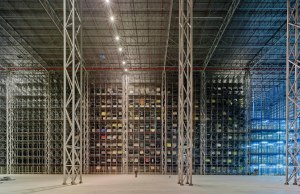 Much of that work should center around educating fast fashion consumers about the environmental impact of their casual consumption.

According to a Censuswide survey this month for the U.K. children’s charity Barnardo’s, Britons alone will spend more than 2.7 billion pounds on single-use summer outfits this year, or about 50 million items in total. As a result, Barnardo’s is encouraging consumers to curb their shopping habits, and try second-hand clothing instead.

The Censuswide findings echo those of a Kurt Salmon report from 2017 that took a look at 2,000 18- to 24-year-olds in the U.K., and how they treated their fast-fashion purchases. More than half kept their clothes for less than a year, while a quarter held onto them for less than six months before discarding them. When they tired of them, the majority of shoppers threw their clothes away, gave them to friends or forgot about them in the back of the closet.

Asos, which markets to a similar demographic, has been pushing its consumers to think sustainably before they shop, launching a “responsible edit,” of environmentally conscious clothing and accessories. It has also created a “responsible filter,” which flags recycled goods and sustainably sourced fibers and fabrics that use less water and are better for the environment.

Eva Vidal, head of design at Zara’s young, trendy TRF collection, and a member of what Isla refers to as the retailer’s own “sustainability NGO,” said that while the company has been talking to consumers over social media and in stores about sustainability and recycling, people have been “quite shy” about returning their used clothing to Zara’s stores.

“But they will come, and the program will grow,” she said. 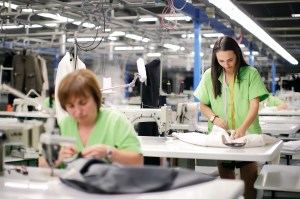 Like Isla, Vidal said the sustainability impetus is coming from Zara. “We have some comments from customers, but really in my department, it’s coming from our side. We are the ones making decisions about the fabrics, and we are in this every day. A big part of our business is talking to the stores, asking them to talk more about our Join Life garments, for example.”

Created in 2015, the Join Life label offers clothing made from the most sustainable raw materials — organic cotton, recycled polyester and Tencel lyocell — and processes aimed at reducing water and energy consumption.

Vidal said the mentality inside the company with regard to green policies and conservation is: “Wow, we can do this. Let’s see if we can do a little bit more, and how we can improve.”

Zara accounts for 70 percent of Inditex group sales, and its sister labels include Pull&Bear, introduced to the U.S. market in February, Massimo Dutti, Zara Home and Uterqüe. All of the Inditex brands are aligned with Zara’s sustainability goals, although some are working to slightly different time scales to achieve them.

In 2015, Zara committed to a clothes collection program that has seen containers installed in 834 stores in 24 markets and the company has so far collected in excess of 34,000 tons of used merchandise on behalf of all of its brands. Across Spain, and in Beijing and Shanghai, Zara has enacted a “home collection” plan for customers who shop online. In the second half of 2019, it plans to activate that home collection service in London, Paris and New York.

Next year, all of Inditex’s brand stores will have been fitted with containers for collecting used clothing for charitable reuse and recycling. Inditex considers the clothing collection program a cornerstone of its circular economy effort.

The company has partnered with NGOs such as The Red Cross, Caritas, Oxfam and the Salvation Army in local markets for resale and recycling, and it has also forged ties with the Massachusetts Institute of Technology to look at ways of improving textile fiber recycling. By 2020, Zara will have invested $3.5 million in textile recycling technology.

The retailer has also been working internally on cutting waste, and keeping inventories as low as possible, helped by a local, flexible supply chain. Zara’s factories and distribution centers are located mainly in Spain, Portugal, Turkey and Morocco.

Any surplus garments are sold through authorized third parties, donated to charities and used for R&D projects to foster upcycling technologies. RFID tags track the life of each Zara garment until the moment they are sold, and the company claims that it never disposes of a single garment.

Zara’s design studio operates with a similar “make do and mend” mentality, keeping a close eye on the number of patterns developed and the amount of fabric used. Pattern makers create one sleeve or a single lapel, instead of two, and unstitch patterns when they’re done.

Factories, distribution centers and shop floors are getting a similar treatment: The company has been taking pains to manage waste — reusing shipping boxes, which are made from recycled cardboard, up to six times; eliminating single-use plastic for client-facing services, and using recycled plastics internally. Zara is working on a system to re-circulate clothes hangers, using them until they wear out, and then transforming the bits into new hangers. 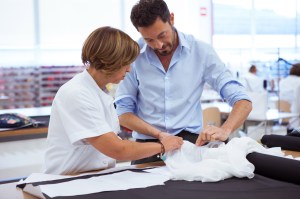 Zara aims to buy as little fabric as possible for its limited runs of clothing. The company is left with very little surplus and dead stock at the end of a run.  Courtesy

Before 2025, the company is looking to hit a target of 80 percent renewable energy consumption in all of its headquarters, logistics centers and stores. The new eco-efficient stores are already using 20 percent less energy and 40 percent less water than the old ones, while 90 percent of the website is powered by renewable energy.

Zara HQ oversees lighting systems across its store estate, and has software in place that can measure the progress of stores’ energy efficiency.

Transparency is another priority, Zara’s managers said, with more than 12,000 audits of suppliers and manufacturers taking place last year. While the results of those audits are not made public, details are shared with trade unions globally and locally. An exception is Brazil, where all Zara garments carry a QR code loaded with supplier and manufacturer information that customers can access.

By 2020, Zara’s factories will reach a target of zero discharge of hazardous chemicals for all products at every stage of the supply chain. Inditex is also the author of “The List,” a tested list of best chemicals — for humans and for the environment — that can be used in clothing manufacturing.

Zara’s mentality is about focus, and restraint. During the briefing, Isla used the phrases “less is more” and “quality over quantity” more than a few times, and said the Zara unit at Hudson Yards in New York with its curated, not crammed, shop floor was the best example. Going forward the company will continue to focus on short runs of clothing that is meant to last more than one season.

“When you enter the Hudson Yards store, you do not have the feeling that we are trying to sell you anything,” Isla said. “We are showing you our product, and then you decide whether you like it. You buy or you don’t buy. What we are trying to do online is something very similar.

“What we want to do is to develop our business in a sustainable way, and we don’t think we are making a massive amount of clothes. If we are selling 10 million units, we can be much more sustainable than 10 companies making 1 million units each because we have the resources to work with the suppliers, fabrics, supply chain and logistics,” he said.

Asked about the sometimes negative attitude, in the media and among sustainability campaigners, about fast fashion and the glut of merchandise on the market, Isla defended his company.

Isla — who is stepping down as ceo and who has chosen his top lieutenant, the group’s chief operating officer Carlos Crespo to succeed him — said Zara does not identify with the concept of fast fashion. On Tuesday, Inditex shareholders approved the appointment of Crespo to the board, and the board then confirmed him as ceo. Isla will be staying on as executive chairman.

“We operate with a different model. We make our own patterns, work with our own factories, keep low levels of inventory, have local sourcing and manufacturing and don’t have promotions in stores,” Isla said. “We are the opposite of a fast-fashion company. We are flexible, and pay attention to each garment.”

Whether Zara’s sustainability strides are too fast for the current consumer is immaterial to Isla’s team in A Coruña. “We believe very much that this is the right way of doing things, and that we need to keep our focus,” he said.