Hundreds of women will be provided the knowledge, resources and funding to open manufacturing microfractures, empowering equality and change.

Well on her way to “conquering the world of fashion” through manufacturing and technology, Ankiti Bose is determined to make some social justice-focused stops along the way. As Asia continues to show less than 25 percent of the annual GDP contributed by women, what became clear is unless people such as Bose acted, things would continue as they always have.

Already a champion of transparency in manufacturing and the supply chain, through her role as the cofounder and chief executive officer at Zilingo, Bose was determined to empower women, who are largely the foundation of the global, multitrillion-dollar fashion industry. Bose told WWD she realized, over lunch with a colleague earlier this year, unless the economy sees change, things were not going to improve, rather the industry needed to be provided with meaningful ways to change.

According to Bose, one of the most common reasons women in Asia leave the workforce is due to a marriage or having children, which require her to be at home. It is a high barrier that she herself understands having seen her own mother leave work to raise her at home. And it’s somewhat unfair she says to expect women across Asia to have help and facilities to be able to afford care. What these women do often have though, are extra bedrooms or space at home. 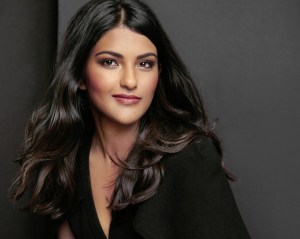 It is a giant endeavor, though one Zilingo was equipped to take on. At the start, Bose knew she would need government support, banks to finance, and to find these eligible women who wanted to participate. All would be supported through Zilingo’s platform, which allowed a promise for demand. When the initiative launched in Indonesia, SheWorkz had full government support and involvement from four nationalized banks. With the help of the government, there were also 300 trained and skilled women identified for participation.

SheWorkz is looking to expand for launch in India, Bangladesh, Vietnam and Cambodia, among other Asian countries where manufacturing is beginning to move.

“I think one of the things that deeply resonates with us is that for-profit actually has much higher factory costs than anything else,” Bose said. “The best way to do this is for brands to make money, because when the women make money, everyone makes money, because that keeps everyone’s incentives aligned.”

Through SheWorkz, these participating women are empowered to run their own businesses, seen by Zilingo as entrepreneurs in their own right.

“What we are doing is basically we are investing in their businesses,” Bose says, “by providing the right capital to these women, they can then become entrepreneurs and manufacturers. Then we take the demand from our platform and we give it to them, so they are manufacturing for existing demands, they aren’t just making things and waiting to sell it. They are making a shirt that is definitely going to sell, and they will definitely make money on it.”

Once they are doing well, these micro-factories look like any other supplier on the Zilingo platform. As the businesses start to make money, the women will have the opportunity to invest back into the business, which will be supported by Zilingo and participating banks who will provide more capital for growth.

The SheWorkz initiative is just one part of the company’s goal to insert women at all levels of the industry. Zilingo has a foundation in its focus to level the playing field for women. More than half of the company’s employees are women, with almost 50 percent of the company’s c-level executives being women. SheWorkz is built on a concept that has in a small way already proven itself through individual women who have already seen success and growth by utilizing Zilingo’s platform. 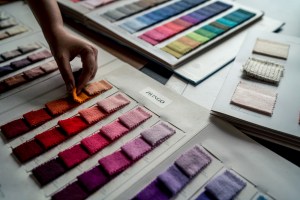 “Before we established SheWorkz, we worked with this maternity wear manufacturer in Indonesia. Her business was maybe a $100,000 business before Zilingo. She found a really interesting scope both in maternity wear and shapewear and her business today is $5 million a year — and she’s doing really well because we doubled down, and helped expand her market and provided her demand. These success cases have worked, so we’re trying to institutionalize it and scale it up.”

Bose shared that the program has been well received by the Indonesian government who she says realizes the benefit growth of manufacturing will have for the country. The inauguration of SheWorkz, in Indonesia, was attended by Indonesia’s Coordinating Minister for Economic Affairs, Darmin Nasution.  Two more SheWorkz events are scheduled to take place in Cirebon and Tasikmalaya, Indonesia later this month.