2012 Proves to Be Solid Year for Retail Shares

Fashion stocks made big gains despite the sluggish holiday season, global economic malaise and the drawn-out debate over the fiscal cliff. 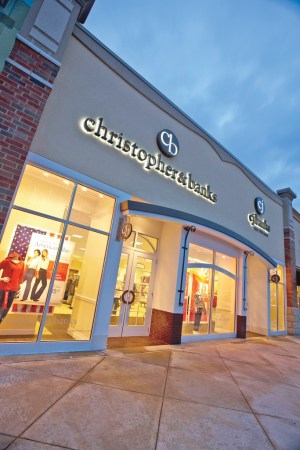 Forget the sluggish holiday season, global economic malaise and the drawn-out debate over the fiscal cliff — 2012 was a big year for retail on Wall Street.

The S&P 500 Retailing Industry Group was up 21.3 percent for the year to 639.52. That’s well ahead of the Dow Jones Industrial Average’s 5.9 percent gain and an indication that, while it’s been a bumpy road lately, retailers have been doing something right.

A large portion of the sector’s gains came in the first three months of the year, when retailers advanced 19 percent.

“If the retailers were not doing well, the stocks would not have reacted this way,” said Christine Chen, senior investment analyst for the global consumer sector at Ashfield Capital Partners. “The consumer just feels better. And there were things to buy; colored denim drove a lot of business for a lot of companies.”

Even though holiday season headlines were about soft sales and Washington’s efforts to avoid the fiscal cliff tax hikes and spending cuts, Chen noted that unemployment is slowly dropping and the housing market is improving. Until recently, consumer confidence has also risen, although it fell by six points in December.

Despite that decline, Chen said, “Consumers just feel more confident today that they’re going to have a job tomorrow.”

Unemployment fell to 7.7 percent in November and Federal Reserve chairman Ben S. Bernanke said interest rates would remain low to support the economy until the unemployment rate falls to at least 6.5 percent.

Fashion companies also didn’t have the headache of higher cotton costs that they did in 2011. Chen and other analysts said companies have been simply upping their game since the financial crisis.

Inventory levels across retail are generally lower, cost structures have been trimmed and companies are pouring money into their quickly growing Web businesses.

Around the globe, many fashion companies’ shares posted bigger gains than those seen among the U.S. retail sector overall. The stocks on the leaderboard were backed up by turnaround stories or were relatively new arrivals to the public market or solid operators consolidating their leads.

In the U.S., the strongest performance came from The Bon-Ton Stores Inc., which shot up 261.8 percent to $11.76 as the firm stabilized its business and installed Brendan Hoffman as president and chief executive officer.

The overall retail gains for 2012 were in many ways counterintuitive, even if they were weighted toward the beginning of the year. The U.S. economy has found its way to a steadier footing, but is still in a serious funk. Europe is mired in a debt crisis that continues to roil the continent and threatens periodically to break apart the euro currency bloc. The economic engine of Asia has shifted down to a lower gear.

Troubles abroad go part of the way toward explaining the strength of U.S. retailers last year. Since many of the companies have very little exposure overseas, buying into them was seen as a bet on the American consumer — one that historically has paid off.

That of course hasn’t been true for all companies. J.C. Penney Co. Inc. and Kohl’s Corp., the two dominant moderate-priced department stores, both struggled in the market last year.

Penney’s ceo Ron Johnson has been transforming the retailer to a collection of specialty shops, but so far reality hasn’t equaled the initial vision and sales have been worse than expected, falling more than 23 percent last year, although traffic is said to have picked up over the holiday period. The stock was down 46 percent to $18.97 in 2012.

“Expectations were elevated and they had to face reality,” Maschmeyer said. “Things clearly got worse than people expected, even the bears.”

Kohl’s, while not in the midst of wholesale reinvention like Penney’s, has also been trying to regain its balance and get its inventory levels right. Its stock fell 14.3 percent to $42.28.

Going into 2013, retailers might see more of the same from markets.

“It’s been slow and choppy, but enough of the indicators are really pointing up and that’s kind of given retail a boost,” said Andrew Fitzpatrick, director of investments at Hinsdale Associates. “It’s taken a little bit of the risk out of the air.”

Even so, the path forward won’t necessarily be a straight one.

“We’re due for a little bit of a pullback,” Fitzpatrick said. “After that, I think we’re going to be in line for a similar year as last year.”

NEXT: A Year of Gains in Fashion Stocks >>