A Happy Holiday Season for Prestige 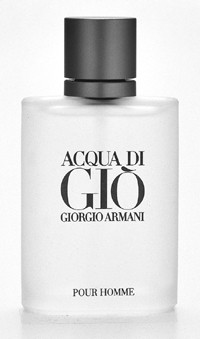 NEW YORK — You could say that Santa Claus delivered for prestige beauty retailers this Christmas.

Business across the board, said department and upscale specialty store retailers, beat last year’s numbers, with fragrance rebounding in sales and color and treatment also racking up significant sales gains.

The good news comes after two straight years of downward-spiraling fragrance sales — even in the face of a number of major fragrance launches during that period — and retailers are still feeling the Christmas cheer.

“Christmas was outstanding,” said Thia Breen, senior vice president of cosmetics for the Federated Merchandising Division. While she wouldn’t comment on specific number increases, she said, “The fragrance business came roaring back the last week before Christmas, with substantial business done in the last few days leading up to Christmas. We ended up overachieving plan in fragrance, and color and treatment sales continued to be extremely strong.”

Both men’s and women’s fragrance sales were up, Breen said. “We’d anticipated that men’s would have a tougher go of it because of all the megalaunches last fall, but we more than achieved plan for the holidays.” Top sellers in women’s included Estée Lauder’s Beyond Paradise, Ralph Lauren’s Blue, Burberry Brit and Still Jennifer Lopez, as well as classics Chanel No. 5, Calvin Klein’s Eternity and Donna Karan’s Cashmere Mist.

One major department store retailer noted that while Christmas was good, post-Christmas proved even more fruitful as far as sales were concerned.

In pre-Christmas business, Clinique, Lancôme and Estée Lauder did well across the board, in fragrance, color and treatment. On the fragrance side, Lauder’s Beyond Paradise was “definitely a home run, and Beautiful held its ground well. Clinique came on strong at the end with Happy and Happy Heart, and Lancôme did well with Trésor. The best news was that across the board, there was a lot of basic business done.”

This story first appeared in the January 9, 2004 issue of WWD. Subscribe Today.

Fragrance sales “came through late, but they came through. Both men’s and women’s were fairly flat before Christmas, but both were up after Christmas. In fact, post-Christmas was very strong across the board — it shows there’s life after Christmas,” said the retailer.

Flankers provided a nice pop to the overall fragrance business, said the retailer, with Elizabeth Arden’s Red Door Revealed, Elizabeth Taylor’s Gardenia, Eternity Purple Orchid and Ralph Lauren’s Romance Silver all racking up good sales figures. “The flanker category helped drive a lot of business in the fourth quarter, and also gave a nice push to many of the classics for holiday,” said the retailer.

“We had to fight for every little bit that we got,” he added, “but we ended up beating plan for the month. We were up midsingle digits, and that was ahead of plan.”

Pollack noted that women’s scents “outperformed men’s pretty significantly. The women’s fragrance category was up midsingle digits, and men’s was down midsingle digits — so there was about a 10-point spread between women’s and men’s in total fragrance sales. Beyond Paradise was spectacular in December — it really delivered big numbers and had a very high ranking for us. Ralph Lauren Blue was also a big winner. We had a very good holiday with Lancôme’s Trésor, Estée Lauder’s Beautiful and Chanel’s entire fragrance portfolio, and we also had good performance from both of Jennifer Lopez’s fragrances — the combination of Glow and Still gave us about a 30 percent premium on our business. Other brands that stood out were Vera Wang — that was terrific, it’s really an excellent business — and Cashmere Mist, which was also terrific business for us.”

Pollack added: “We had strong self-purchase business all the way through December, which is a dramatic change from years past. Our makeup and treatment business continued to be excellent. We had terrific gains with most of our makeup and treatment brands in the month of December, and that really carried the total demand center. The big three — Lauder, Clinique and Lancôme — were all very good performers, and we also had very, very strong business from our specialty brands like MAC and Bobbi Brown. They were very powerful for us in the month of December. Chanel’s color and treatment was also very good for us. All the new treatment products really blew the doors down, especially Lauder’s Hydra Complete. Anything that was new really took off for us.”

At Bergdorf Goodman, beauty sales this holiday season were up in accordance with expectations, noted Muriel Gonzales, the retailer’s senior vice president and gmm for nonapparel. “[Beauty] has been and continues to be very strong,” said Gonzales. Sales have been “particularly strong in all the treatment brands, and exclusive and innovative products are areas where we’ve done well.

“La Mer, La Prairie and Clé de Peau were really the standouts, with exceptional growth,” she added. “Our business is very treatment-oriented, and it’s very steady for us — it continues to grow.” Additionally, in treatment and color, Estée Lauder has been “very strong.”

In fragrance, “We do a tremendous business with Jo Malone, and [that brand] also had an exceptionally strong season.” Gonzales noted that Creed also performed extremely well.

“The season got off to a slow start — but our brands performed very well,” said Robin Coe-Hutshing, owner of the Studio at Fred Segal. “Our assortment was very carefully edited to reflect luxury and exclusivity, and our customer was most appreciative. In terms of store traffic, the momentum never built to a frenzied pitch as it has in some years. It seemed more measured, but in the end, we did very healthy business. Interestingly, our average ticket sale was substantially increased over last year. Holiday business was even with last year.”

For Coe-Hutshing, home fragrance products — candles, incense, sprays and potpourri — all performed “remarkably well” during the holiday season, and they continue to hold their strength. “By far, Burn candles [Coe-Hutshing’s candle line] led the pack,” she said. “We launched the brand in November here, and it immediately became one of the top-selling brands in our store. Perfume sales also continued to be very strong throughout the season. Stila’s holiday gift collection was very well received, and L’Artisan Parfumeur’s hand-carved terra-cotta amber balls sold very well. And Mix, Studio’s custom perfumery, had its most successful season in its 20-year history.”

Robin Burns, president and chief executive officer of Intimate Beauty Corp. and its Victoria’s Secret Beauty and Aura Science divisions, noted, “We had a 10 percent increase [in] comp store [sales], which we were very pleased about — and that’s on top of double-digit comps the previous year, which makes it even better.”

Burns singled out color cosmetics, the Very Sexy masterbrand and Garden as the strongest performers. “We were up 15 percent versus last year for holiday with the Very Sexy masterbrand,” said Burns, adding that neither Very Sexy for Him 2 or Very Sexy for Her 2 cannibalized the original men’s and women’s scents. Other items that were strong sellers for VSB were gift sets and gift items such as coffrets, ornaments, shimmer brushes and lotions. The Garden subbrand also saw a 10 percent increase, which Burns attributed to a new body scrub as well as a limited-edition holiday scent and increased assortment of gift sets and gift items. Burns also pointed out that VSB increased its external media efforts, which she felt “really drove a lot of people to the store.” Aura Science enjoyed a 15 percent increase over last holiday.

Ed Burstell, vice president and general manager at Henri Bendel, said, “By category, we were up in low double digits in color and treatment. MAC was outstanding — every single set sold out, as did every makeup bag, and the items that they did for Playboy’s 50th anniversary. The lipstick and shimmer sold out weeks before Christmas —it was unbelievable. Trish McEvoy’s Fast Track compact was a huge seller. Laura Mercier’s Mini Travel brush set and Diane von Furstenberg’s Stop Traffic Red Kit was a bestseller. In cosmetic accessories, the three biggest classifications were candles, bath and body and novelty food items. In fragrance, we managed to post high-single-digit increases. Bestsellers were John La Port and Clean. We were against a strong fourth quarter from last year, so we were very happy with these results. What obviously happened was a nice little upswing in the economy — and you absolutely have to credit some of it to the return of the tourist to Manhattan.”