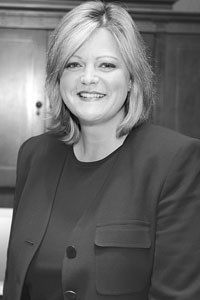 While most analysts and competitors expected L&T’s new owner, Federated Department Stores, to abandon the nameplate, the company now is understood to be weighing the possibility of operating a “pared-down, core group” of Lord & Taylor stores stretching from Boston to Washington, a source said.

Analysts and retailers portray Lord & Taylor as not fitting into Federated’s strategy to build a solid national presence for Macy’s and Bloomingdale’s. They indicate selling Lord & Taylor is a tough proposition, considering it already was downsized under its previous owner, May Department Stores; it hasn’t been performing well lately, and more alluring retail properties, such as Parisian, are on the market.

Lord & Taylor is under deep analysis. According to sources, Goldman Sachs was hired by Federated to gauge the prospects for a Lord & Taylor sale, and determined it would be tough to sell at the price Federated wants. “The analysis suggests that Federated would not get good value by selling the chain as a whole,” said a source. Goldman Sachs declined comment.

Separately, there are reports a Federated team is conducting an analysis of the 50-plus Lord & Taylor stores and their viability for the future, involving potential liquidation value, real estate values and what could be gained by continuing to run the operation — in other words, what outcome gives the best financial results. The team is expected to report to Federated’s executive committee around the middle of this month and will recommend to the Federated board the best option. Lord & Taylor averages about $20 million in volume per store, with the Fifth Avenue flagship said to post about $140 million in annual volume.

If Lord & Taylor is not put on the market, Federated is mulling operating a core group of about 40 stores in the Washington to Boston corridor, according to the source. That’s where Lord & Taylor has historically done best. A dozen or so lagging stores, principally in the Detroit, Chicago and St. Louis markets, would be closed under this scenario. The source also said this could be a temporary solution for Federated, giving it some time to revisit the sale option.

Officials at Lord & Taylor and Federated could not be reached for comment Tuesday.

Federated already has been trying to sell off certain Lord & Taylor locations, including two on Long Island — in Huntington at the Walt Whitman mall and Bay Shore in the South Shore mall. Attorney General Eliot Spitzer pressured Federated to sell those units due to concerns the retailer would control too many anchor stores at those malls. But Federated recently pulled the locations off the market. It’s possible the action represented a shift in strategy or that the locations drew no takers. A mall is planned for Oyster Bay, not far from the two L&T sites, which could have deterred other retailers from buying those locations.

Also on Long Island, there is speculation that Bloomingdale’s may take the Lord & Taylor location on Northern Boulevard in Manhasset. Michael Gould, chairman and chief executive of Bloomingdale’s, declined to comment specifically on the location, but said the retailer is constantly examining real estate opportunities.

A former May executive said, “There are so many different permutations because of the Fifth Avenue flagship” Federated would not want to give up the location to a competitor due to its proximity to Macy’s Herald Square, but would sell it to a developer interested in residential and office development with some ground-level retail. Federated owns the air rights, as well. The site could fetch between $300 million and $400 million, according to analysts.

One real estate source said Nordstrom is “desperate” to move into Manhattan, but suitable sites are very scarce and the last thing Macy’s wants is Nordstrom in its backyard.

Stephen Stephanou, a retail broker at Madison HGCD, said, “If Federated decided not to have a department store on Fifth Avenue and 38th Street, there would be players out there that have huge deep pockets like Vornado Realty Trust or The Related Cos. [two real estate companies] and could convert it to a residential property. The residential potential there is great.”

Under May Co., said the executive, “Lord & Taylor cleansed themselves of a lot of real estate, but still has some doors that are no good.” Of the 50-plus Lord & Taylor stores operating, about 30 are “good doors,” said the source. “There are still quite a few units that they would classify as nonproductive real estate.”

The chain, added the source, “needs substantial injection of capital.” As far as the future of Lord & Taylor: “It’s a very tough decision that Federated has.”

Federated, the source noted, already is immersed in converting May Co. doors into Macy’s and recruiting lots of former May executives and, therefore, would not want to devote too much time focusing on Lord & Taylor. Federated bought May Co. and its Lord & Taylor division last year for $17 billion.

L&T is currently run by Jane Elfers, chief executive officer, who is highly regarded by Terry Lundgren, chairman, ceo and president of Federated. Federated is in the process of signing new contracts with many former May executives and may wish to retain her.

“I think it’s goodbye [for Lord & Taylor] but I don’t know who is going to buy it,” the source said. “Federated might prefer to sell off the entire chain, but it would be tough to find a strategic buyer. Lord & Taylor has been downsizing and would need to be part of another retailer, or else it would have no buying power.”

One Wall Street analyst pegged the real estate value of Lord & Taylor at about $1 billion. “Lord & Taylor owns 25 of its 51 locations, but most of the value is in the flagship on Fifth and 38th Street in Manhattan,” the analyst said.

In 2003, the marginally profitable Lord & Taylor decided to close 32 low-volume stores, in the process pulling out of the Sun Belt to focus on Northeastern and Midwestern markets. It was another step in the chain’s strategic repositioning begun around 2000 to go more upscale with better and bridge fashions, including such lines as Kate Spade and Bobbi Brown beauty products, and attract younger customers.

Lord & Taylor, founded in 1826 as a dry goods store on Catherine Street in lower Manhattan, in the Forties and Fifties blossomed under the leadership of Dorothy Shaver, the first woman to run a major store. It became one of the most innovative fashion retailers, launching American design talent under the banner “Lord & Taylor presents,” pioneering petites with a department for women 5 feet, 4 inches and under and devising the familiar signature handwritten advertising logo.

— With contributions from Vicki M. Young and Sharon Edelson