A Passion for Fashion: Cerberus Buys Rafaella, May Bid for Saks Chain

Cerberus Capital Management, a New York-based private equity firm, is set to close on an acquisition of Rafaella Sportswear at the end of the month. 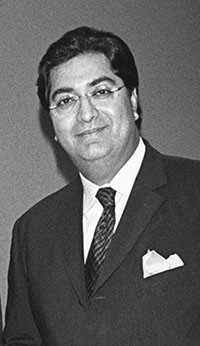 The private equity firm based here is due to close on its acquisition of Rafaella Sportswear at the end of the month, following its previous acquisitions of retailer Mervyn’s and sports brand Fila. Cerberus also is said to be eyeing the Northern Department Store Group of Saks Inc., and at one point considered acquiring fashion house Bill Blass, according to financial sources.

A spokesman for Cerberus said, “We never discuss whether or not we are involved in a deal.”

The latest actions come two months after Vanessa Castagna joined the private equity firm as a senior member of the operations team. The former second in command at J.C. Penney & Co. also is executive chairwoman of Mervyn’s. While there are no firm indications the purchases of Rafaella and potentially of the Saks Inc. chain were Castagna’s ideas, part of her deal with Cerberus stipulates she’ll be “available” for other investment opportunities.

Cerberus is expected to close by the end of June on its leveraged recapitalization of Rafaella Sportswear Inc., a women’s career and casual sportswear firm. The assets of Rafaella will be sold to Rafaella Apparel Group Inc., which will be controlled by an affiliate of Cerberus.

Terms of the Rafaella deal were not available, but Moody’s Investors Service said in a May 31 credit rating report that the transaction would be financed with about $200 million in debt. The disclosure came from a report assigning a “B2” rating to Rafaella Group’s proposed $160 million second-lien senior secured notes, which is expected to help fund Cerberus’ buyout of Rafaella Sportswear. The notes, which will mature in 2011, will be subordinated to a $62.5 million senior revolving credit facility set to mature in 2010. Cerberus will invest $40 million in convertible redeemable preferred shares issued by Rafaella.

In the same May 31 credit report, Moody’s said the new entity, Rafaella Apparel, will be 75 percent owned by Cerberus and 25 percent owned by Rafaella Sportswear. Rafaella’s revenues come from the sales of women’s casualwear and careerwear, mostly targeting the misses’ segment. Rafaella’s 10 largest customers account for 70 percent of the company’s revenues, the ratings agency noted.

Cerberus is sometimes referred to as a vulture fund, having made investments in distressed companies. Cerberus’ past industry-related investments include specialty retailer G&G, textile supplier Guilford Mills and intimate apparel retailer Frederick’s of Hollywood. In March 2003, Cerberus also helped Sport Brands International purchase Fila. One of SPI’s early moves was to shed its Enyce brand to Liz Claiborne later that year.

Cerberus and its affiliates manage funds and businesses representing more than $14 billion in capital. More investments in fashion and retail could be on the way.

One advantage Cerberus has over Bain is its ownership of Mervyn’s, which it acquired for $1.65 billion from Target Corp. in July 2004. The deal for Mervyn’s was part of a consortium that included Sun Capital Partners and Lubert-Adler/Klaff and Partners.

One retail analyst at a major Wall Street bank said Cerberus could be the preferred financial player, since it would be easy for it to fold the business into its Mervyn’s operation.

“Financial players without an existing infrastructure might have to negotiate a separate deal with Saks to pay the seller a fee to use the existing structure that’s in place,” said a retail investor, who is not affiliated with either private equity firm, but is familiar with the process.

Cerberus has been moving slowly with its Mervyn’s investment, first conducting an in-depth analysis of the retailer’s core markets, and then weighing store closures, said a retail consultant, who requested anonymity.

But Cerberus’ appetite for fashion apparently has some limits. According to a financial source, one opportunity that it considered, but apparently took a pass on, was fashion house Bill Blass.

Haresh T. Tharani, chairman of The Resource Club Ltd., the largest licensee of Blass, owns a 60 percent equity stake in the design house, while Michael Groveman, chief executive of Blass, owns the balance. Tharani is said to be the partner pushing for a sale of the company.

As first reported in WWD, Blass hired UCC Capital Corp. as its banker and financial adviser in the sale of the company. A deal is expected to close sometime in the next 60 days, said a source familiar with the sale process.

Robert D’Loren, president and ceo at UCC, said, “There is strong interest in the company. It is still up for sale and there is interest from both strategic and financial players.”

D’Loren declined further comment on the process, but others familiar with the negotiations said there have been several offers put on the table for Blass. Those offers ranged from $35 million to the $80 million range. One source close to the fashion house said, “Those offers have already been rejected.” The source declined to disclose the asking price for Blass.

UCC did the securitization of the Blass trademarks several years ago. His most consumer branded deal is acting as lead agent to complete the financing for the MacGregor Golf Co., a $30 million senior debt facility that includes a $12 million revolver followed by an $18 million Term A loan, which closed this month. MacGregor is a sporting goods and apparel firm.