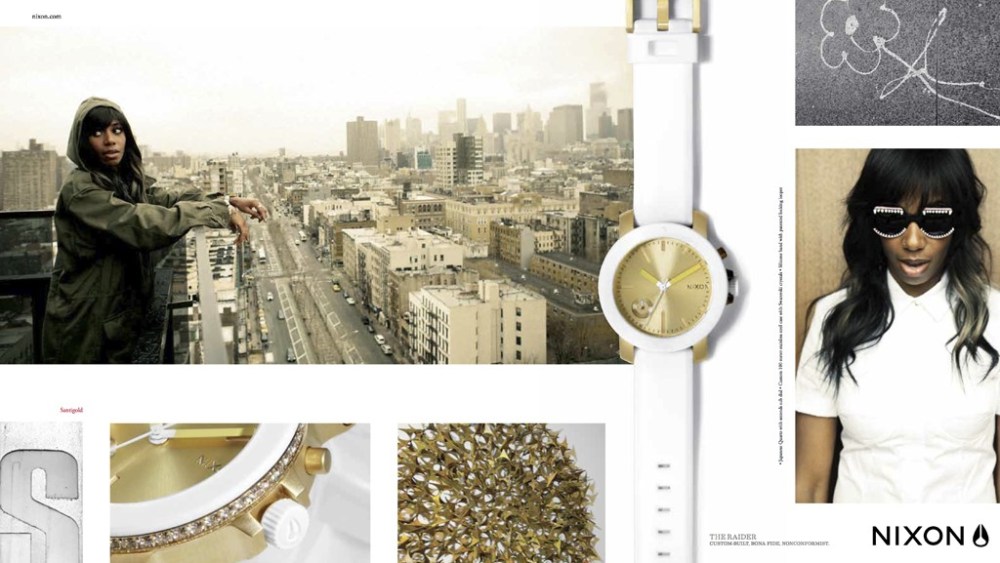 In the face of tight credit, a cautious consumer and an economy that is still clawing its way back from recession, headline-making investments have been hard to come by — until recently.

With piles of cash stored up, private equity firms are furiously jumping back in the game, and they are flocking to invest in full-fledged accessories brands or fashion companies with sizable accessories businesses. Indeed, 2011 and 2012 have seen a flurry of mergers and acquisition activity in the sector, starting with a slew of initial public offerings.

Last year alone, Ferragamo went public in Milan and Prada SpA and Samsonite went public in Hong Kong. In New York, Michael Kors, whose accessories business accounted for more than 60 percent of sales in 2011, filed its massive IPO in December, and Tumi Holdings Inc., the accessories pure-play, went public just two weeks ago. Sky-high valuations for Kors at $8.97 billion, Tumi at $1.79 billion and Nixon, which is valued at upward of eight times its profits, gives context to how the market views the category’s growth potential.

Big investments in 2012 have included Fossil Inc.’s acquisition of watchmaker Skagen Designs for $236.8 million in January, which preceded headline-making private equity deals with Alexis Bittar, Rebecca Minkoff and Nixon Watches. More recently, fashion jewelry brand Eddie Borgo said it was in the process of inking a deal with an investor.

The combined value of deals made public so far this year in sectors including apparel and footwear retail, textile and apparel manufacturing, and cosmetics and toiletries is up 35.5 percent over last year, to $2.66 billion, after a 44.3 percent drop in 2011 to $13.49 billion from 2010 figures, according to Dealogic.

“Accessories have been a big driver over the last few years,” said Hilldun Corp. co-chief executive officer Jeffrey Kapelman, who specializes in investing in smaller brands. “Today, there are a lot of fashion companies making more accessories lines.”

One reason is that accessories have higher profit margins than apparel, said Kapelman, who spoke on a panel about fashion IPOs at Fordham Law School this month.

In recent years, more brands have laid out plans to build out their accessories lines, hoping to insulate themselves from margin-crushing markdowns. What’s more, accessories are increasingly becoming a way for companies — from teen retailers to misses’ retailers — to hike their fashion credibility.

“I asked everyone one question: What are the three things I need to do to bring this brand back to greatness?” Cynthia Murray, Chico’s brand president said at the company’s analyst day. “Hands down on every list was accessories.”

In the case of Michael Kors, the firm has forged deeply into accessories to leverage its brand — with accessories now generating a majority of revenues.

Kors’ accessories sales have expanded at a 57.6 percent compounded growth rate over the last three years, outperforming industry growth. Sales of the firm’s accessories and related merchandise, including handbags, small leather goods, footwear, watches, jewelry, eyewear and fragrances, in the retail and wholesale segments, accounted for about 62.3 percent of its $803.3 million total revenues in fiscal 2011.

According to The NPD Group, overall growth in accessories outpaced growth in apparel from 2010 to 2011. Accessories sales, including jewelry, watches, sunglasses and handbags, rose 4.5 percent last year to $35.07 billion, while apparel sales increased 3.1 percent to $110.16 billion for the period.

While it’s clear that apparel is the dominant category in terms of volume, industry experts pointed to the rate of growth when explaining why investors are looking to accessories.

“My sense of it is that the apparel industry has a lot of fashion risk, a lot of investment risk. Apparel has become a commodity,” said Marie Driscoll, an independent retail consultant and former director of equity research at Standard & Poor’s.

“Except for last year, apparel has been suffering deflationary trends for years,” she said. “Apparel is a very mature market. It’s not dead, but it’s a market-share game.”

“I think at the end of the day it still comes down to compelling product,” said Howard Feller, a partner in investment banking and strategic advisory firm Marketing Management Group. “I think accessories have done well in the last few years, and it is in part linked to the economy. It’s very easy to update your wardrobe with accessories.”

But it’s not just consumers looking to liven up their wardrobes with a new necklace. Feller said shoppers are attracted to the jewelry and watches, due partly to their broad pricing spectrum and innovative designs.

Brands in these segments have not only been able to offer value by mixing inexpensive materials such as rose gold into collections with luxe materials such as 18-karat gold and diamonds, but they have also started diffusion lines of lower-priced materials, such as silver.

Conversely, handbag brands not only have more trouble escaping fluctuating raw material costs, but also occupy an “overcrowded” segment, which is only now showing signs of improvement. Feller also noted that jewelry and watch brands have been able to raise prices on their high-end collections to offset the smaller ticket purchases — and their customers don’t seem to mind a bit as the luxury market is rebounding strongly.

According to Hana Ben-Shabat, a partner in A.T. Kearney’s retail practice, smaller, niche brands with a “cult following” such as Alexis Bittar and Rebecca Minkoff are extremely attractive to investment firms looking to make a quick-turnaround profit.

“You can get certain brands at a very good price,” she said, explaining that in a tough economy, smaller companies that might have a following still have trouble drumming up enough cash to fuel broader expansion.

Brian Krumrei, a managing director at TSG, the firm that invested in Minkoff and Bittar, said his company looks for brands with customer loyalty and a solid foundation.

“Every situation is different, and, therefore, we don’t have specific sales or profitability thresholds [when looking to invest],” he said. “We focus on the opportunities ahead for the brand and look to invest between $15 million and $200 million during our partnership.”

TSG, which bought a 50 percent stake in Bittar in January and an undisclosed minority stake in Minkoff in March, wouldn’t disclose what it plans to bring to those brands, but it did shed some light on its general strategy.

For Bittar, its investment will help the brand launch a collection straddling the bridge and fine jewelry categories, as well as jump into some new areas like watches, eyewear and handbags.

For Rebecca Minkoff, which is trying to achieve lifestyle brand status, TSG will help handle its rapid growth. Minkoff, which still gets about 80 to 85 percent of its sales from accessories, has expanded quickly into new categories since it was founded in 2005. The brand began with handbags and jumped into apparel and footwear, and plans to offer jewelry, eyewear, cold-weather gear and scarves this year.

Andy Laats, co-founder and ceo of Nixon Watches, said private equity investment is paramount for any brand looking to reach the next level — and he should know.

Nixon, which was acquired by action sports apparel retailer The Billabong Group in 2006, was partially sold to Trilantic Capital Partners for $285 million in March. Billabong retained 48.5 percent of Nixon, selling a 48.5 percent stake to TCP and a 3 percent stake back to co-founders Laats and Chad DiNenna.

Valued today at $464 million, Nixon was bought by Billabong for about $55 million and a deferred payment of roughly $76 million in fiscal 2012. According to Laats, Billabong helped develop Nixon, which brings in about $50 million in earnings before interest, taxes, depreciation and amortization, but it divested its stake to clean up its balance sheet.

“Nixon is not a huge company. The three things that TCP will bring are capital, growth trajectory and geographic expansion,” Laats said, explaining that the uniqueness of the oversize, sporty watch brand kept the beleaguered and debt-saddled Billabong from selling it outright to TCP.

With the investment, Nixon, which is already in 70 countries, will be able to grow its business “significantly” in Asia (excluding Japan), and it will have the cash to broaden its collection to include watches priced at the upper end of its $200 to $600 retail range. The brand will also use the new funds to flesh out its audio accessories and offering of bags, wallets, belts, hats and jackets, Laats said, before expounding on Nixon’s future.

“What we saw in the darkest days of the recession is a flight toward lower prices. We mixed and changed our product as the industry rebounded and returned to higher-priced items. That’s how we attracted private equity,” he said, pausing. “Will the brand stand the test of time? You have to take it on faith and the subjectivity of fashion brands to quantify the risk. But it’s true, accessories have less seasonal fashion risk than apparel.”