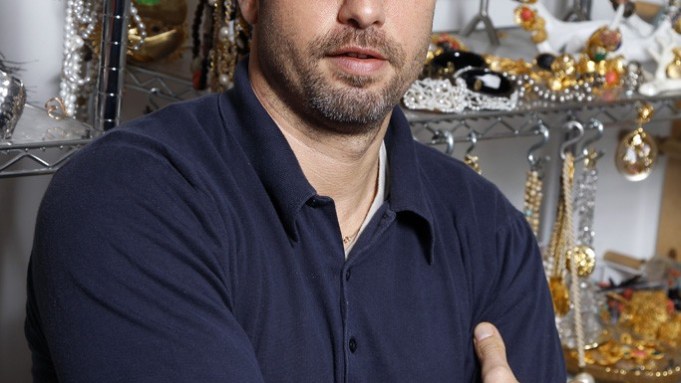 For jewelry designer Alexis Bittar, 2012 will be a year new of beginnings: a new investment partner in the form of TSG Consumer Partners and a line that straddles bridge and fine jewelry.

Neither TSG nor Bittar are disclosing the terms of the deal, which was signed Friday, but Bittar confirmed the partnership involves a 50-50 equity stake on both sides.

“There’s a lot of trust in the relationship. They have a proven track record and their investments have resulted in a growth trajectory that is incredible,” said Bittar, who remains chief executive officer and creative director of the company.

TSG in the past has shown particular expertise in the personal care space. The San Francisco-based private equity firm specializes in investments in high-growth, middle-market-branded consumer firms. Investments have included Smashbox Cosmetics, E.l.f. Cosmetics, Perricone MD Cosmeceuticals and Cutex in the beauty and skin care arena. Investments in premium hair care brands include Alterna, Kenra and Pureology. TSG acquired Sexy Hair Concepts in May. The firm sold its minority stake in Smashbox to The Estée Lauder Cos. Inc. in 2010 for an undisclosed amount — although the total deal including the majority stake held by founders Dean and Davis Factor has an estimated price of between $200 million and $300 million — and its stake in Pureology to L’Oréal in 2007 for an undisclosed amount of cash.

TSG closed on its sixth fund at $1.3 billion in November. At the time, managing director Jamie O’Hara said TSG was eyeing investment opportunities in fashion and apparel. Many of those who made commitments to the sixth fund were repeat investors.

The investment in Bittar represents TSG’s first foray into the accessories space.

Jennifer Baxter, vice president at TSG, said the fund has been actively researching firms in fashion and accessories for the past several years, looking to find the “right brands to partner with.”

Baxter added that TSG will continue to eye investments in fashion and accessories, as well as beauty, which it considers a core category.

“We plan to make additional investments in fashion, which will open up a lot of opportunities for us. [We’re not so much looking at a] given category or price tier, but are focused on finding best-in-class brands, founders and their teams. We are looking for firms that are doing something different and are innovative in their category, from luxury all the way down to mass,” Baxter explained.

Janki Lalani Gandhi, a vice president at The Sage Group, the investment banking firm that represented Bittar, said, “This is a very exciting partnership. We think that the brand has tremendous potential. While Alexis has done a great job getting the company to where it is today, the partnership will take the company to the next level.”

For Bittar, first up on the agenda is the launch of a line that straddles the bridge and fine jewelry category toward the end of the year. He is already in discussions with several retailers about carrying the new line.

According to Bittar, expansion plans include his first foray into watches and eyewear in 2013, followed by handbags in 2014.

The firm has a sizable wholesale business and operates seven retail locations. Bittar said the expansion into retail calls for three new stores a year.

Bittar declined to provide sales volume but said, “The firm is profitable.”

Market sources estimated that wholesale volume is more than $30 million annually and growing. One industry source said the wholesale growth rate last year was at least 30 percent, and was up a similar percentage in 2010.

Bittar, who began designing his own line of costume jewelry in 1990, initially sold them on the streets of SoHo at the corner of Prince and Greene Streets. He was discovered by Dawn Mello, then fashion director at Bergdorf Goodman, in 1992. In addition to a long-standing relationship with Saks Fifth Avenue, his designs are carried overseas by stores such as at Harrods in London.

His achievements include designing Burberry’s first ready-to-wear jewelry collection that interpreted the British brand’s signature plaid onto Lucite, being named “Rising Star of the Year” in 2004 by the Accessories Council of Excellence and winning the Council of Fashion Designers of America’s “Accessory Designer of the Year” award in 2010.

While Bittar’s designs are a favorite of several celebrities, such as Lady Gaga, a more recent fan is First Lady Michelle Obama, who has worn his signature brooches, earrings and necklaces at a number of events. She most recently wore Bittar’s Lucite sapphire dust pin to President Obama’s State of the Union Address on Tuesday.