His appearance is also a confidence boost for luxury brands that are selling via its various platforms, like Luxury Soho and Luxury Pavillion.

Jack Ma made his first public appearance during a virtual call with 100 rural teachers.

LONDON — After disappearing from the public eye for three months, Jack Ma made a surprise public appearance at a virtual ceremony awarding 100 rural teachers.

His appearance quashed rumors about him being detained by the Chinese authorities and sent Alibaba’s dual listing shares up more than 8.52 percent to 265 Hong Kong dollars, or $34.19, Wednesday in Hong Kong, and 6.3 percent in pre-market trading on the New York Stock Exchange.

Ma looked glowing and appeared to have gained some weight in the video, as his signature squared jawline looked more rounded than usual during the call.

According to the local press, the Jack Ma Foundation usually awards 100 teachers on the Laba Festival, a traditional Chinese holiday celebrated on the eighth day of the La Month, the 12th month of the Chinese calendar, in duty-free shopping hot spot Sanya in Hainan Island. This year, due to the epidemic, the ceremony was changed to online for the first time.

A spokesperson from the foundation also revealed that in recent months, “Jack Ma put a lot of energy into researching education for the public, and not long ago also went to the rural boarding school Tonglu County Yuhua Primary School after the merger of schools.”

In the call, Ma said, “During this time, my colleagues and I have been learning and thinking, and we have become even more determined to devote ourselves to education for the public. This is not only because I come from a teacher’s background myself, but more importantly, education, especially rural education, is of great importance.…To support and serve rural teachers well, to complement the education sector well, to develop rural education better, and to work for rural revitalization and common prosperity, I think this is the responsibility and commitment of our generation of business owners.” 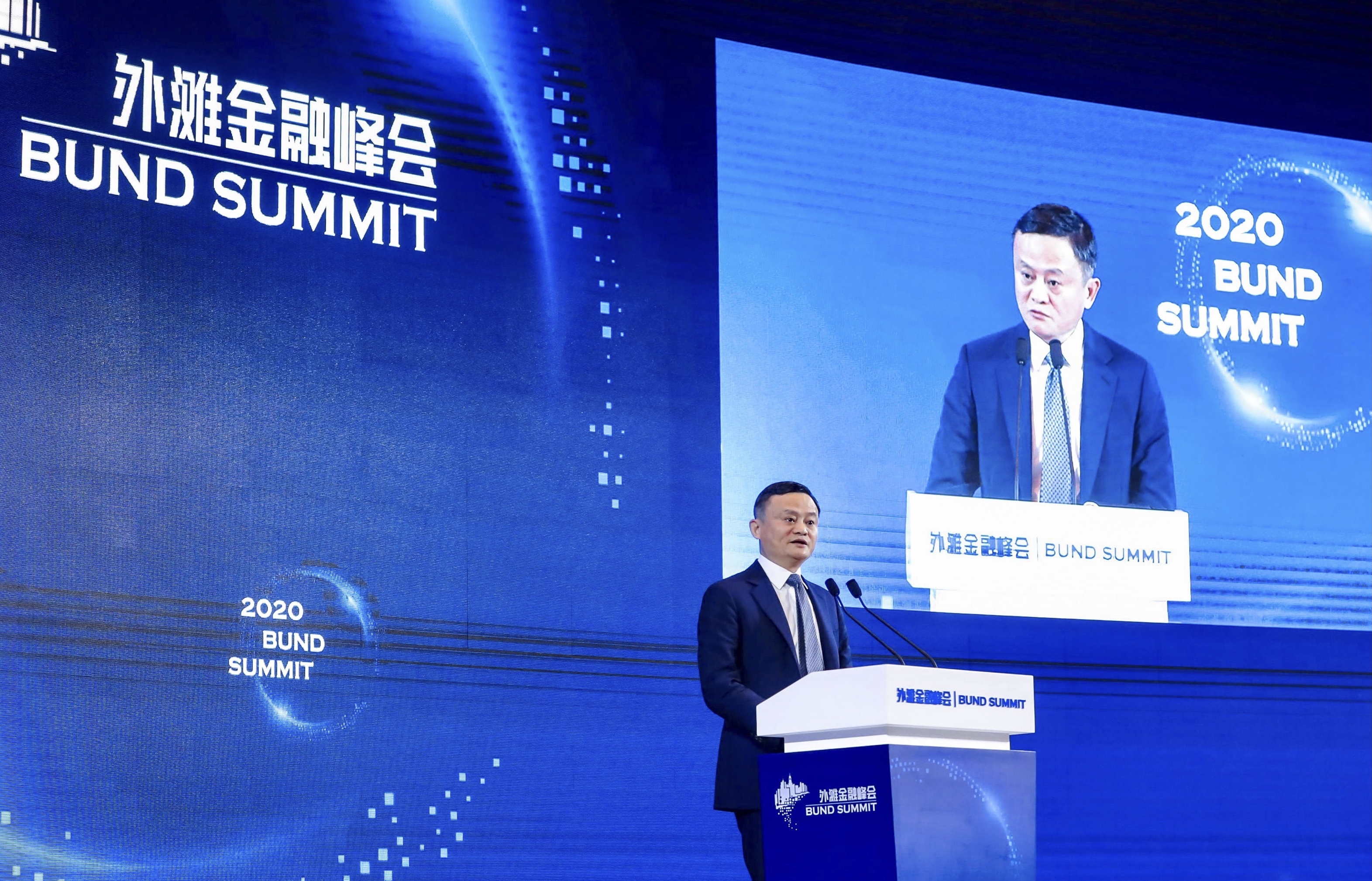 Ma’s last public appearance was the Bund Summit in Shanghai, during which he heavily criticized China’s financial regulatory system in front of a room full of high ranking officials. According to reports and speculation, his controversial remarks prompted Chinese President Xi Jinping and market regulators to abruptly halt Ant’s initial public offering, which would have been the biggest IPO in history, and sparked the government to open an investigation into Alibaba, the owner of Tmall and a partner of Farfetch and Compagnie Financière Richemont, for its alleged monopolistic practices.

Since the incident, Ma has gone off the radar, and both Alibaba and Ant have been working on corporate restructuring and regulatory compliance under the directions of the government.

Alibaba’s shares plunged 9.6 percent in Hong Kong the day the suspension of Ant’s IPO was revealed on Nov. 4, and its New York listing fall 8.1 percent the following day, wiping nearly $76 billion off its value, more than double the amount Ant was planning to raise. The company’s shares continued to drop to 210 Hong Kong dollars, and $222, respectively, in Hong Kong and New York on Dec. 28, as China’s market regulator launched an antitrust probe into Alibaba on Dec. 24, before gradually climbing up again.

Some argue that the recent clampdown on Ma signals Beijing’s growing unease with the country’s increasingly influential private-sector power brokers.

Ma choosing this occasion to make an appearance indicates that he might be stepping back from business duties in the foreseeable future, at least in the public eye, and he likely has settled any disagreements with Beijing.

His appearance Wednesday is also a confidence boost for investors, and luxury companies that are selling, or looking to sell, via Alibaba’s multiple platforms, such as Luxury Pavillion, Luxury Soho, Tmall and Tmall Global.

Over the weekend, Hermès quietly launched its store on Tmall, selling perfumes, shampoos, body lotions, soaps and gift boxes, with prices ranging from $38 to $538, leaving only a handful of brands, such as Louis Vuitton, not selling via Alibaba.