The cash injection averts a potential bankruptcy for the Los Angeles-based company. 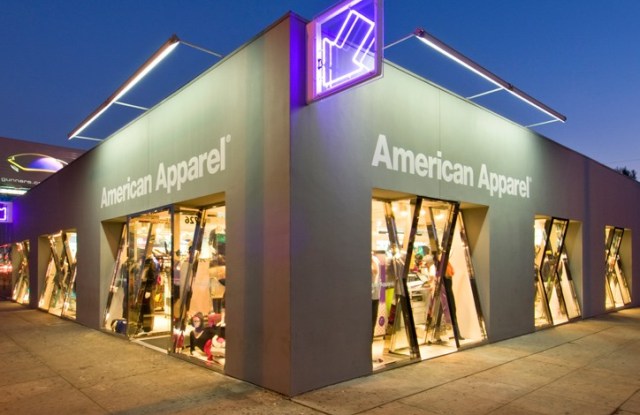 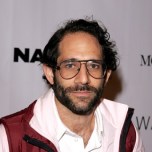 Dov Charney has used up one more of his nine lives.

The controversial retailer on Thursday finalized a private placement of shares in American Apparel that gives the company breathing room on its burdensome debt and a cash cushion to finance operations. The move averts a potential bankruptcy for the trendy Los Angeles-based company, which has repeatedly warned in filings that it faced an imminent liquidity crisis.

As part of the deal, American Apparel also won a waiver from Bank of America on a covenant breach on a $58.2 million credit facility that could have immediately become due at the end of this month.

The strike price on the warrants in the financing deal is well below where shares are currently trading, so are likely to be converted to shares, said sources close to the agreement, which would bring yet more cash into American Apparel’s coffers.

Any large-scale conversion of warrants to shares would dilute Charney’s shares in the company to below 50 percent, noted sources. However, Charney could regain majority control via stock options that vest at certain prices over the coming years.

Last month, Charney provided a personal cash infusion to the cash-strapped company, purchasing six million shares. In the transaction, Charney spent $2 million to buy 1.8 million shares at $1.11 each. Additionally, he converted a $4.7 million personal loan he made to the company some years ago into another 4.2 million shares, relieving American Apparel of that debt obligation.

The stock buy boosted Charney’s stake in American Apparel to just more than 47 million shares. In a March 1 filing with the SEC, Charney previously outlined ownership of 41 million shares, or 51.8 percent of the company’s 79.1 million total outstanding shares. That percentage increased with Charney’s new share purchases — and have now been diluted again in this latest deal.

Charney declined to comment about the transaction, deferring to an imminent 8-K filing with the Securities and Exchange Commission.

Serruya is a deep-pocketed investor who got his start as a frozen yogurt entrepreneur with a single Yogen Früz stand at the Promenade Mall north of Toronto, going on to co-found CoolBrands International Inc., which eventually operated nearly 5,000 franchises. More recently, Serruya made a big, winning bet on a Jamba Juice investment while its stock was severely depressed. He currently serves as a director of Swisher Hygiene Inc. and Response Genetics Inc.

Roy Sebag, managing partner in Essentia Equity, said the investment group believed American Apparel’s stock was undervalued in relation to the company’s fundamental strengths. “We are contrarian investors and look for opportunities where the market has discounted companies for reasons that are temporary,” said Sebag. “American Apparel is a perfect example of that. In my opinion, it’s one of the greatest brands that’s been created in the recent past — it went from zero to $550 million in sales in five years, has set countless trends, resonates with consumers around the world and is trading at a ridiculous valuation. Why? Because of sexual harassment lawsuits, an auditor resigning and employees being deported — which all makes for great headlines but has nothing to do with consumers around the world wanting to go into the stores and buying the product.”

Last year, American Apparel posted a net loss of $86.3 million and an EBITDA loss of $7.4 million. Same-store sales declined 13 percent during the year. Charney has been the subject of numerous sexual harassment lawsuits and a late 2009 government investigation of the company’s manufacturing facility in Los Angeles led to the loss of nearly 3,000 workers.

However, Sebag pointed out that American Apparel’s enterprise value is currently about $245 million, or four to five times normalized EBITDA. “Yes, last year was terrible for American Apparel — they had $25 million in professional fees — but in a normalized year they make $55 million to $60 million in EBITDA, which they did for years in a row. Compare that EBITDA to enterprise value and American Apparel is trading at four to five times EBITDA, compared to Abercrombie & Fitch, which is at 17 times EBITDA and Lululemon at around 70 times.”