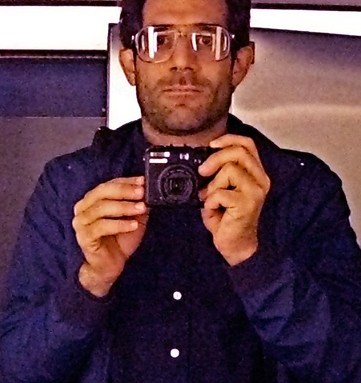 American Apparel Inc.’s star and stock price continued to fall Wednesday as investors worried over the company’s financial future and exactly what a government investigation into the loss of its auditor would turn up.

Dov Charney, chief executive officer, who holds 45 percent of the company’s stock, inclusive of warrants, is scrambling for time — six to 15 months — to get the company in order. American Apparel is planning a host of cost-cutting measures and, according to a Securities and Exchange Commission filing, will review its real estate portfolio, possibly closing some of its 279 stores.

Charney, a human dynamo who zigs when everybody else zags, has stirred controversy and lawsuits with offbeat, often racy, marketing and his libertine lifestyle. He also has been the driving force behind what, for a time, at least, was a successful effort to make brightly colored T-shirts and factories in the U.S. cool. He has personally guaranteed some of the company’s obligations under its various leases, mostly for nominal sums, ranging from $16 on a store lease in Chicago up to $1,800 for one on a store in Los Angeles.

But this week’s decline in market capitalization, as well as uncertainty surrounding an investigation into the loss of Deloitte & Touche as its auditor, weakens the company’s hand as it negotiates with its lender, Lion Capital (Americas) Inc., and tries to stay afloat.

American Apparel warned Tuesday that its ability to continue as a “going concern” was in question and that, without a waiver from Lion, it would likely break a financial covenant next month, potentially forcing a wave of debt repayments.

The U.S. Attorney’s Office in Manhattan had subpoenaed documents related to its change in auditors, the company said in an SEC filing. Deloitte & Touche resigned as American Apparel’s auditor last month and indicated it had “certain information” that could impact the reliability of the firm’s 2009 financial statements. The SEC also has made inquiries into the matter.

“You now have federal prosecutors who have the ability to conduct, in essence, their own audit,” said Joseph Gioconda, attorney and founder of The Gioconda Law Group, who worked at the U.S. Attorney’s Office while in law school.

“That fact that it has escalated to the level of a subpoena from the [Department of Justice] is serious,” Gioconda said. “But it does not in and of itself mean that there was wrongdoing.”

It does, however, say something about the gravity of the situation.

“The United States Attorney’s Office does one thing and one thing only, and that’s investigate a possible violation of criminal law,” said attorney Frank Rubino, who specializes in white-collar criminal defense.

The investigation could lead to an indictment or nothing, but all of the legal murkiness might make it harder for the firm to right its financial ship.

“Anyone who represents the bank or the banks themselves will want to know what’s going on,” said Douglas Hand, attorney and partner at Hand Baldachin & Amburgey.

“The stakes are high when you’re dealing with public shareholders and the potential for shareholder litigation and/or SEC compliance,” Hand said. “Anytime auditors step back, you’ve really got to take a hard look at whether there was fraud.”

Hand also said the company’s ceo and chief financial officer could be exposed to liability since they sign off on the financial statements.

“Changing auditors, being investigated, trying to renegotiate debt all at the same time while your business is not strong, none of that is good news,” said Antony Karabus, ceo of Karabus Management. “The distraction factor has been huge.”

Karabus said the company’s target consumer, a young, hip shopper, was shifting spending to electronics and also is coveted by the likes of Forever 21 and Macy’s, with its new Material Girl collection from Madonna. “All of these different initiatives are all targeted at that same customer,” he said. “I don’t see the differentiation that’s strong enough [at American Apparel]. Some of what drove American Apparel’s growth was the craziness and all the drama of the owner.”