By David Lipke and Samantha Conti on March 13, 2009
View Slideshow 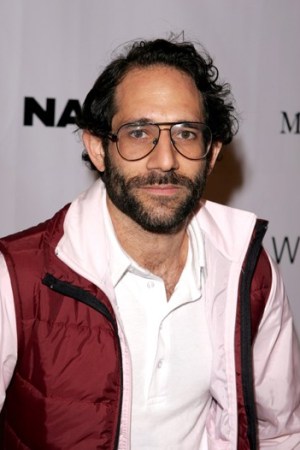 After escaping from the brink of a financial meltdown, is American Apparel Inc. poised for a new period of growth?

Analysts were upbeat about the company’s new financing arrangement with London-based Lion Capital, finalized on Friday. The new $80 million security frees the company from its crushing credit agreement with SOF Investments, provides for a stable capital structure over the next five years and enables American Apparel management to refocus attention on product, retail development and marketing initiatives.

“The most important thing about this is that it will allow us to concentrate on the creativity of this company,” said Dov Charney, founder and chief executive officer of the L.A.-based retailer of youthful basics, sounding relieved his financial headaches have been allayed. “I’m back to designing. We have some great new men’s shorts, short-sleeve button-downs and women’s dresses coming out soon that I think will be important.”

In a research note, analyst Todd Slater of Lazard Capital Markets noted the Lion Capital loan will alleviate ongoing financing concerns, and American Apparel should generate enough free cash flow to fund growth and pay down its outstanding debts over the next five years.

Asked why he was confident the company would be able to pay down debts, including its new $80 million Lion Capital loan, when it already ran into trouble with its previous $51 million debt with SOF, Slater pointed to the strong fundamentals at American Apparel and the long-term nature of the new debt. “The company is one of a select few in retail generating both top- and bottom-line growth. They are generating a ton of cash flow — its estimated 2008 EBITDA [earnings before interest, taxes, deprecation and amortization] is $71.5 million and for 2009 will be $89 million,” he noted. “The reason they got into trouble was because they were growing very quickly, which used up a lot of cash, and then they ran into the mother of all debt markets and were dealing with a very onerous lender.”

American Apparel signed a slew of leases last year, opening 81 stores prior to the plunge in the economy and the constriction of the lending environment. “In hindsight, they might have planned a little smarter,” added Slater.

Careful planning is foremost in Charney’s mind this year. “We plan to run the business for cash flow this year,” Charney noted, adding the company has a “restrained” plan for store openings to add to its current 260-unit base. A store will open in Las Vegas in the Miracle Mile shops at Planet Hollywood in a few weeks, and Charney is aiming for units in New Haven; Dresden, Germany; Dublin, and several sites in Canada, including Newfoundland.

The Lion Capital deal also brings experienced financial professionals into the American Apparel fold, with Neil Richardson, a partner at the private equity firm, and Jacob Capps, a director, joining the retailer’s board. Richardson is a former general partner at leveraged buyout firm Kohlberg Kravis Roberts, and Capps was previously a principal at Crestview Partners. Their addition to the board brings the total number of directors up to 11.

According to sources in London, Lion Capital maintains a hands-off management style as long as its investments are hitting their numbers — but will aggressively step in if things start to go south. “All companies are filled with intrigue and politics, but who cares if it’s working?” said Lyndon Lea, a founding partner of the firm, in the upcoming book “The Towering World of Jimmy Choo,” by Lauren Goldstein Crowe and Sagra Macieira de Rosen. (That laissez-faire attitude toward intrigue could be tested by Charney’s sometimes headline-making behavior.)

Lion Capital owned Jimmy Choo from 2004 to 2007, originally buying it for 101 million pounds, or $198.8 million, and selling it for 185 million pounds, or $364.1 million. The firm also kicked the tires on Roberto Cavalli, but nothing came of it, said sources. Among the firm’s current investments are beverage company Orangina Schweppes, cereal maker Weetabix, outdoor retailer AS Adventure Group and potato chip maker Kettle Foods.

Lion Capital is receiving a sweet deal from American Apparel, according to Andrew Jassin, managing director at Jassin O’Rourke, a retail consulting firm. “American Apparel has a very strong brand and with added capital should grow steadily,” he noted.

The new shares have diluted Charney’s stake in American Apparel from just above 50 percent, to about 40 percent. The reduction could tame Charney’s “impetuous” nature, said one analyst, which could help the company and soothe wary investors.

At close of markets today, American Apparel will release its fourth-quarter and full-year 2008 earnings. Lazard Capital’s Slater is forecasting fourth-quarter earnings per share of 7 cents, versus a loss of 2 cents in the year-ago quarter, on sales growth of 33 percent, including a 52 percent jump in total revenue to $146.6 million.