Aronsson Group LLC is looking to fitness in its third deal. 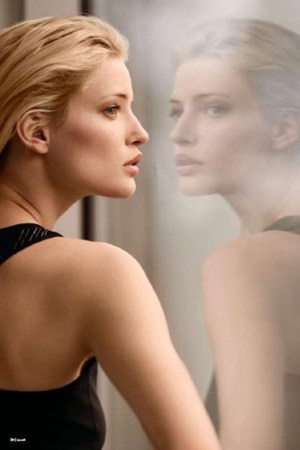 NEW YORK — Aronsson Group LLC is looking to fitness in its third deal.

After taking stakes in Matthew Williamson and Ginny H., the New York-based firm has formed a partnership with Casall AB, a Swedish activewear company.

Casall, which is distributed in 18 countries, is known for its high-quality and fashionable fitness, running, golf, tennis, yoga and leisure apparel with a Scandinavian sensibility.

“The product stood for something in the sense of consistency,” said Jeffry Aronsson, who cofounded Aronsson Group with Shauna Mei in 2006. “It was a proposition of quality, fashion and functionality, which is exactly what we were looking for.”

After Carl-Axel Surtevall founded the fitness equipment company in 1980, he expanded with fitness centers for women in 1982, followed by high-quality active apparel in 1984. The brand’s philosophy centers around wellness, and has a strong following throughout Scandinavia.

Aronsson didn’t disclose the size of the stake, or the volume of the brand, but said, “We look at this as a huge opportunity, not just for Casall, but also for Aronsson Group.”

Aronsson said the idea of investing in a wellness concept came to him through Mei, who works out avidly and saw a need for functional premium activewear in the market. The partners read about the brand and tracked down product. Impressed by its quality and style, they started cold-calling the company a year and a half ago. After several meetings, they signed a deal in September. It will be officially announced today in Stockholm, where Mei has been living to help put together a strategy for global growth.

The plan is to launch in the U.S. market in spring 2010, with select wholesale accounts that share the brand values. Aronsson Group also will support the company’s push into Asia and the Middle East.

“Because it’s a great business, it needs to be positioned to do more business, as opposed to being a business that needs to be fixed,” Aronsson said.

Among some of the initiatives, Aronsson and Mei created a brand book that crystallizes the DNA.

“We gave them a vocabulary and a lens through which to focus product development, selling, design and every other aspect of the company and company culture,” he said.

“We are completely revamping the Web site and plan to introduce e-commerce in 2009, and are also putting together a model to introduce freestanding retail, starting with the U.S.,” Aronsson said. “As we see that it is gaining traction, we will then introduce it to other parts of the world.”

The brand had select distribution in the U.S., but Aronsson said it has been halted to allow for a clean relaunch in spring 2010.

The current economic crisis wasn’t a concern with this transaction, he said.

“Part of Casall’s DNA is about looking your best, performing your best and feeling your best, and we feel there will always be a market and appetite for that,” Aronsson said.