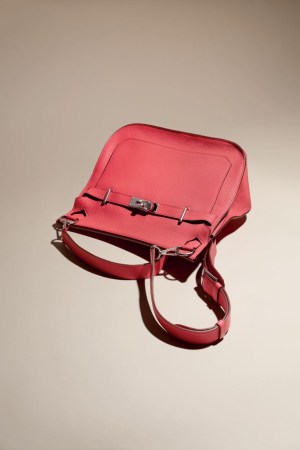 The luxury brand said revenues rose 15.8 percent in the three months to Sept. 30, and it was expanding production and hiring extra staff to keep up with robust demand.

Investment plans for 2012 include the opening of two leather goods factories in France, revealed Mireille Maury, managing director of finance and administration at Hermès. One will be located in Montbron, a village in the Charente region, and the other near Lyon.

“Growth is very strong and very sustained,” Maury told WWD. “Demand is much stronger still than the numbers we are publishing, and production capacities continue to fall short, namely on leather goods.”

Stripping out the impact of currency fluctuations, sales were up 18.2 percent in the third quarter. The luxury firm now forecasts full-year sales will rise 15 percent to 16 percent at constant exchange rates, versus an earlier forecast of a 12 percent to 14 percent increase.

“Meeting this target will be highly contingent on the business sector’s ability to meet stepped-up demand ahead of the year-end holiday season,” Hermès said.

Current operating margin is now expected to slightly exceed the record level of 27.8 percent achieved in 2010, Hermès said, after previously forecasting it would remain broadly unchanged.

Maury emphasized that the full-year operating margin would not match the 32 percent recorded in the first half, due to increased spending on communications, new hires and a rise in the cost of some raw materials in the second half.

“We are expecting the margin to improve slightly from the already historically high level of last year,” she said.

Hermès posted a healthy performance in its own stores — up 15.5 percent in the third quarter — with most key divisions showing strong increases. Sales of ready-to-wear and fashion accessories were up 28.9 percent, while silk and textiles registered a 21 percent increase.

Leather goods and saddlery rose by 8.1 percent in the third quarter, constrained by capacity bottlenecks. Hermès reported strong demand for new models including the Lindy and Jypsière, alongside its perennial Kelly and Birkin bags.

Wholesale revenues were up 16 percent in the third quarter. Watches led the way, with a 22.4 percent increase, perfumes were up 11.2 percent and tableware rose 15 percent.

In regional terms, non-Japan Asia registered the best performance in the quarter, up 28.9 percent, closely followed by Europe — excluding France — which posted a 21.3 percent rise. In Japan, overall sales rose 4.3 percent in the third quarter.

Maury said sales momentum continued into October, with demand remaining “very strong.” “October sales are in line with our revised target for the full-year,” she said, declining to provide specific figures.

She added that concerns about European government debt levels, which have rattled global markets and weighed on consumer spending in the Euro zone, have so far had no impact on the luxury segment.

“We remain very pragmatic, and for the moment, what we can say is that we are not seeing any slowdown in demand, even from European customers,” Maury said.

She said capital expenditures would total just over 200 million euros, or $272 million at current exchange, in 2011. “Planned investment will be sustained through 2012, both in terms of the store network and production capacities,” she added.

Hermès plans to open or renovate some 20 stores worldwide this year, including its Geneva boutique, which has moved to a new location and will open in early December, she said.

Maury said the family was moving ahead with its plan to group more than 50 percent of the share capital into a nonlisted holding company, in a bid to protect itself from a potential takeover bid by its unwanted suitor, LVMH Moët Hennessy Louis Vuitton, which now owns 21.4 percent of Hermès’ capital.

“The creation of the holding company has begun and will be finalized before the end of the year,” she said.

The Paris Court of Appeal in September green-lighted the move over the objections of Colette Neuville, president of the French Association for Minority Shareholders.

Neuville subsequently called on Jean-Pierre Jouyet, president of France’s stock market regulator AMF, to force Hermès family shareholders to declare that their combined stake has exceeded certain thresholds. Maury said the family planned to make the declaration once their shares have been formally grouped.

“The AMF has been informed that the Hermès family shareholders will declare the threshold crossings set out by law once the holding group has been formed. The market is aware of the family group’s share ownership, which has not increased since 1993,” Maury said.